Home NM FACT CHECKER Was this man hanged for stealing money from banks and giving it... 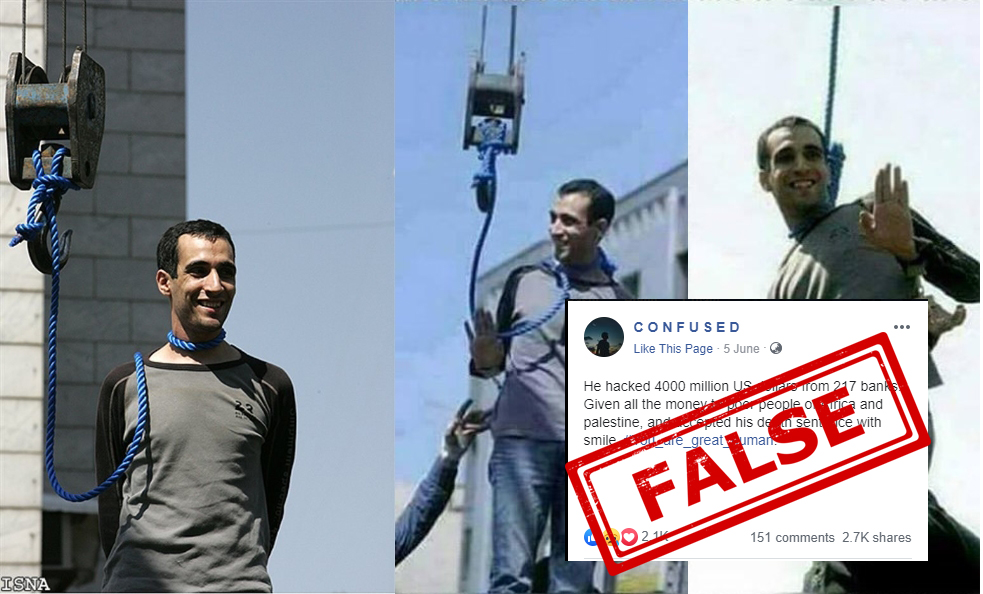 A post which has been widely shared on social media claims that a man hacked into 217 banks, got hold of 4000 million US dollars and gave it to the poor. He was sentenced to death for the same.

“He hacked 4000 million  US dollars from 217 banks. Given all the money to poor people of Africa and palestine, and accepted his death sentence with smile. #You_are_great_human.” the caption read. 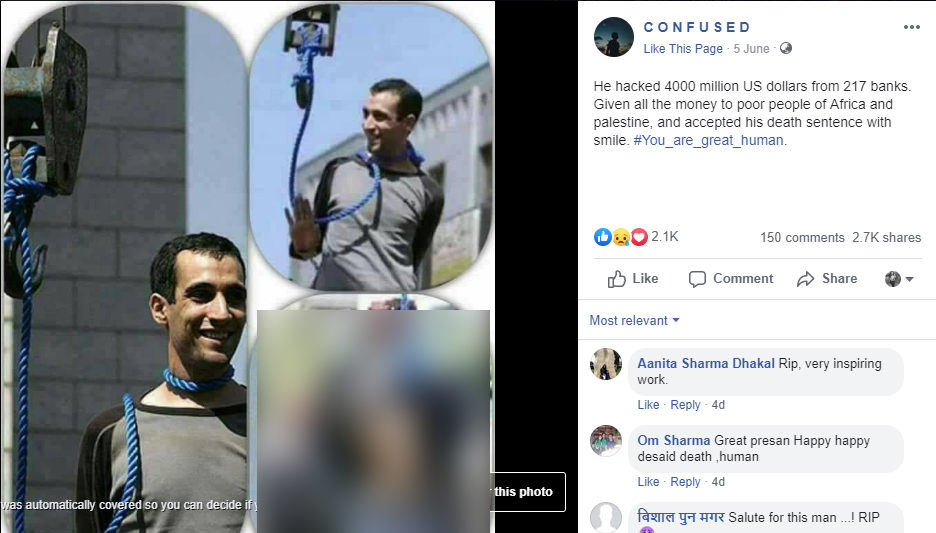 At the time of filing the report, the above post was shared by more than 2700 Facebook users.

When NewsMobile fact-checked the post, we found out that the picture and the captions are of two different incidents.

When we reversed searched the image, we found an article on Bing that had the same picture and the name ‘smile Majid‘ was mentioned in that. 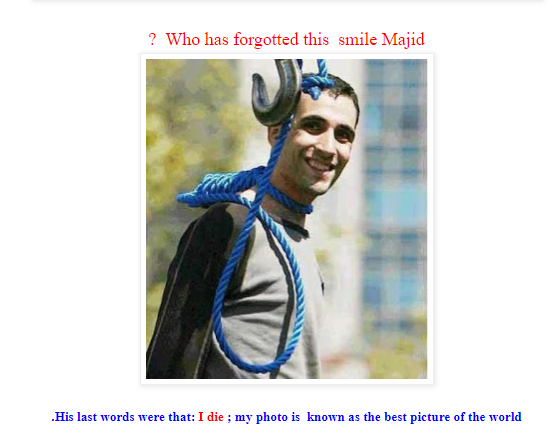 We ran a Google searched using the keywords ‘smile Majid’ and found out that the picture is of Majid Kavousifar.

A report by BBC, published on 2 August 2007 stated that two men Majid and Hossein Kavousifar were hanged in a Tehran square for the murder of a prominent judge. 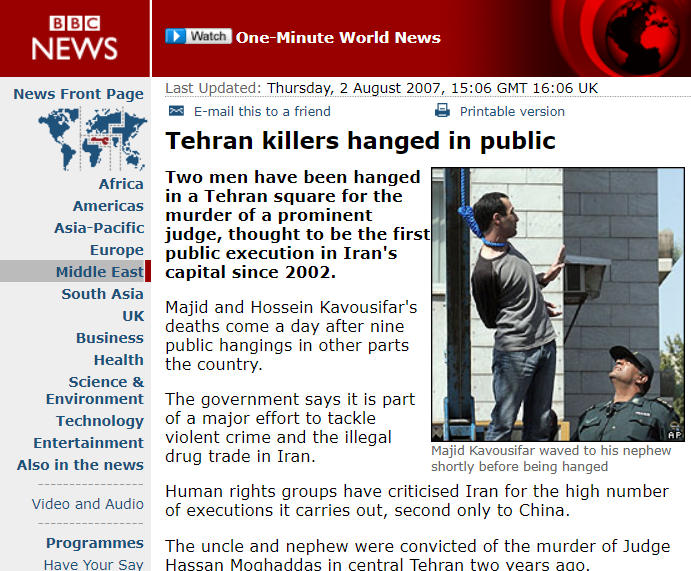 The NewsMobile team also checked the claims that were made with this picture. We found that the man mentioned in the claim is Hamza Bendelladj.

Media reports from 2016 show that 27-year-old Algerian computer science graduate, Hamza Bendelladj, was sentenced to 15 years in prison by a US court for using a computer virus to steal millions of dollars from banks. 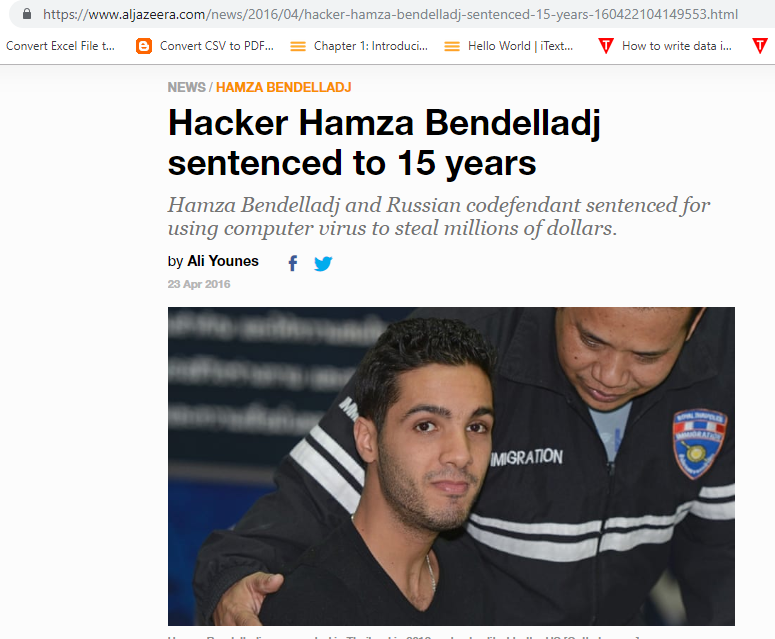 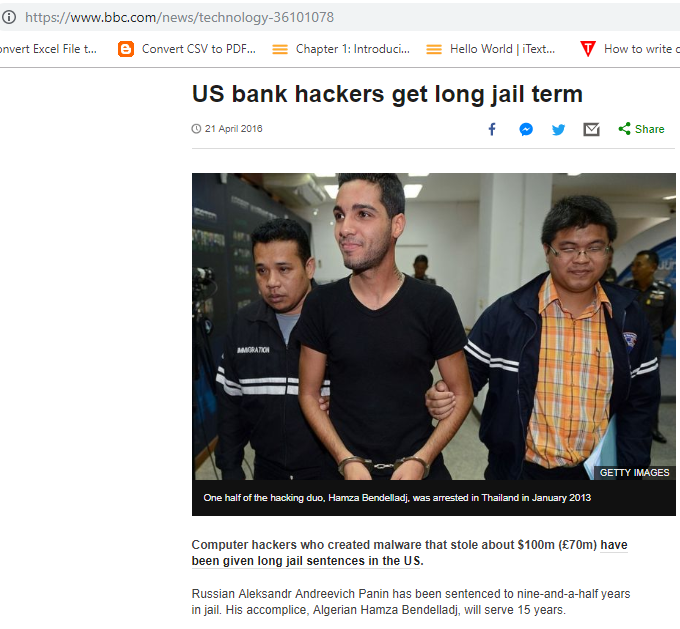 The above information proves that the caption and the picture in the post are two of different incidents and are unrelated.