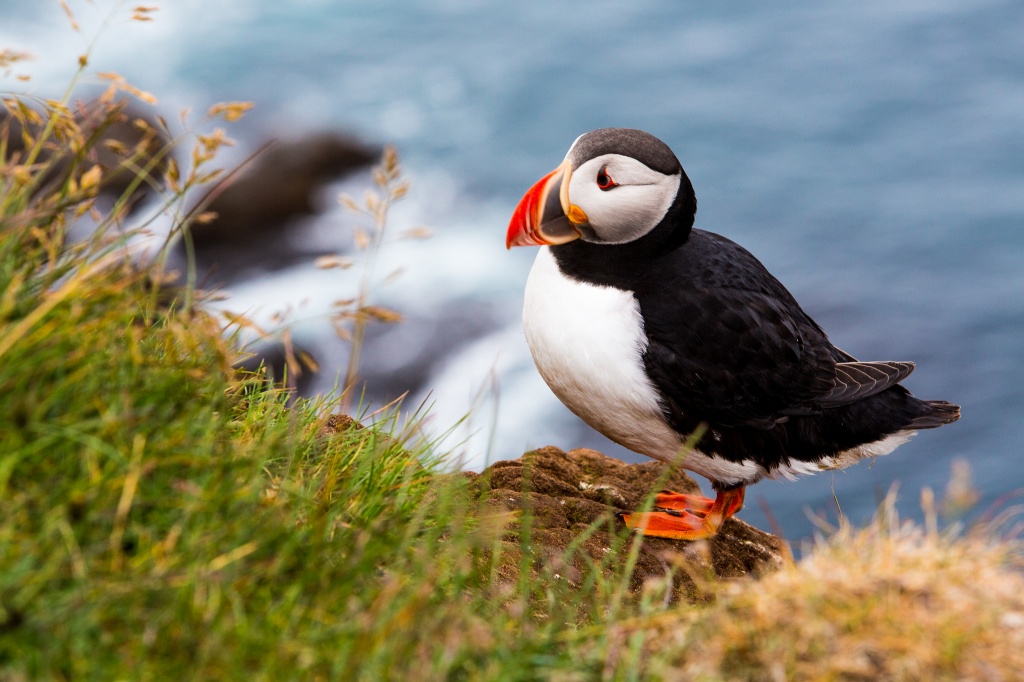 Tufted puffins breeding in the Bering Sea, off the coast of Alaska, feed on fish and marine invertebrates, which in turn feed on ocean plankton. Elevation of sea temperatures has led to major changes in ocean ecosystems and has been linked to previous mass mortality events in marine birds.

Beginning in 2014, increased atmospheric temperatures and decreased winter sea ice led to declines in energy-rich prey species in the Bering Sea, as well as a shift of some species more northward, diminishing puffin food resources in the southern portion of the sea, according to the study published in the Journal of PLOS ONE.

In the current study, researchers documented a four-month-long die-off of puffins and a second species, the Crested auklet, on St. Paul Island, one of the Pribilof Islands in the southern Bering Sea, about 300 miles east of the mainland.

Beginning in October 2016, tribal and community members recovered over 350 severely emaciated carcasses, mostly adults in the process of molting, a known nutritional stressor during the avian life cycle.

A reduction in food resources before entering molt may have prevented many birds from surviving, the authors suggested.

Using wind data to model beachings, they calculated between 3,150 and 8,500 birds could have died in the event. Tufted puffins comprised 87% of this total, or 40-100% of the Pribilof Islands’ population, making it highly likely that affected birds originated from colonies throughout the Bering Sea. In comparison, puffins have made up less than 1% of recovered carcasses in the region in prior years.

The authors suggested that climate-driven shifts in prey abundance and/or distribution, combined with the onset of molt, may have caused this puffin die-off, and note that further climate variability in this region is probable. Further research and observation will show whether seabirds can remain resilient in an increasingly variable environment.

Lauren Divine, one of the researchers added, “This paper is a successful application of citizen science in the real world. Island residents collected high-quality data in real time and provided COASST (Coastal Observation and Seabird Survey Team) with a detailed context for their analysis. Without the positive and mutually beneficial relationship built over years of collaboration, this massive die-off of Tufted Puffins would have gone unreported in the scientific community.