Home NM FACT CHECKER No! The man in the picture is not a ‘coolie’ who cracked... 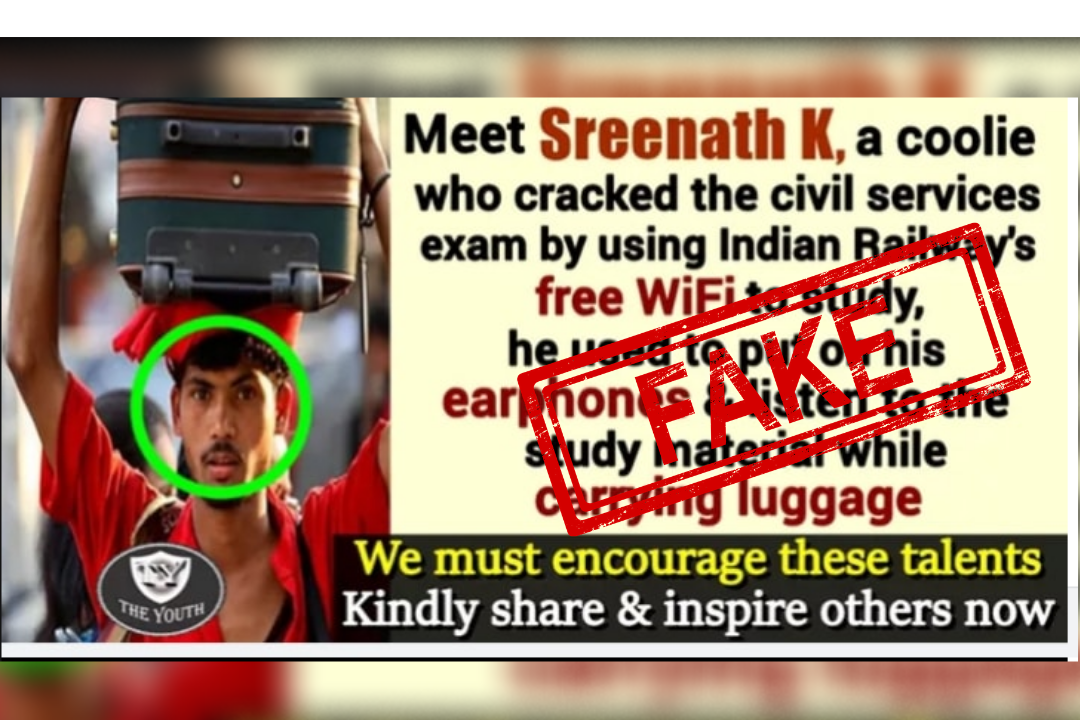 A picture post has been going around on different social media sites in which a railway porter can be seen carrying luggage.

The claim is being made that the man in the picture is K Sreenath, a porter who cracked the civil services exam by using Indian Railway’s free WiFi.

ALSO READ: No! The woman reciting Quran is not Lady Gaga

The caption of the post read: “K Sreenath’s backstory is an inspiration to thousands who are fighting for their dreams:

What is it like studying for the exam when you don’t have study materials? Instead of searching for problems, K Sreenath searched for the solution. That’s why his backstory is something that needs to be told to inspire other youths. He was someone who did not complain about the shortage of resources but was one who made use of the available resources to good effect.”

When the team of fact checkers at NewsMobile checked the above post, we found that the claim is true but the man in the post is not K Sreenath.

On putting the keyphrases like ‘Kerala coolie’ and ‘free WiFi at Railway station’, we found a tweet by ANI.

The person in the tweet is Sreenath K, the Kerala based coolie who qualified for Kerala Public Service Commission (KPSC) with the help of free WiFi at the Railway station.

Moreover, on putting the picture through Reverse Image Search, we found that the picture of the man used in the post is a stock image on Alamy. 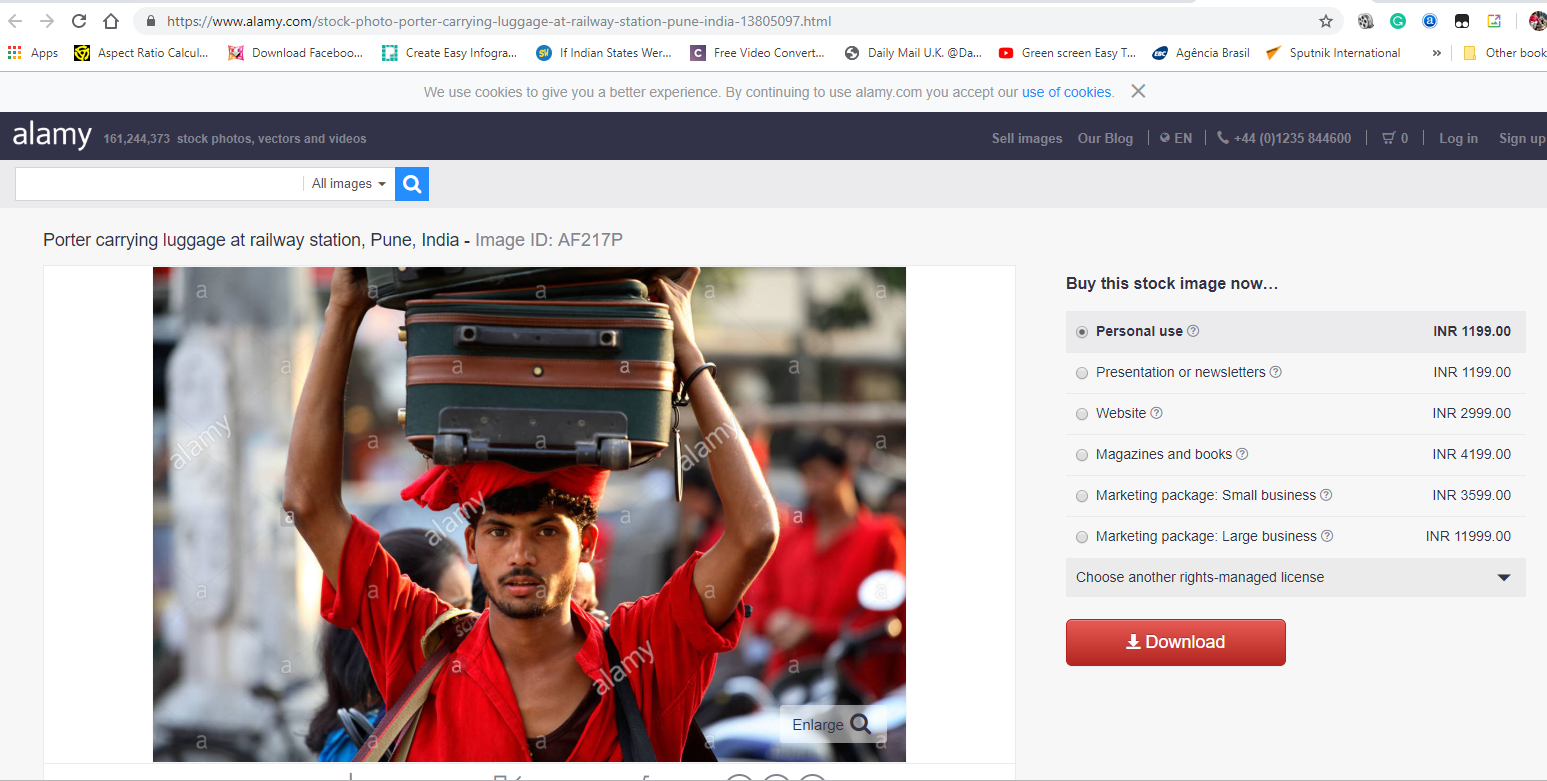 Hence, it proves that the claim is FAKE.