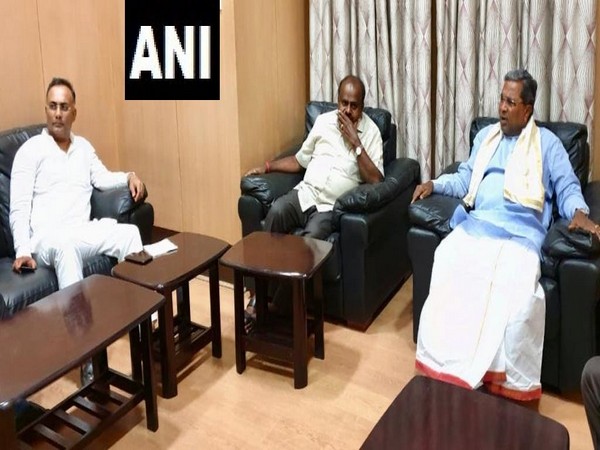 The meeting holds importance amid the speculation of falling of the coalition government of Congress and JD(S) in the state.

Besides, the Congress on Tuesday rushed senior party leaders Ghulam Nabi Azad and AICC general secretary in-charge of the state KC Venugopal to Bengaluru to sort things out.

The development comes amid voices of dissent gaining ground within the Congress as two of its MLAs – Ramesh Jharkiholi and K Sudhakar – met BJP leader S M Krishna at his Bengaluru residence on Sunday.

Earlier on May 23, an informal meeting of the Cabinet in the presence of Kumaraswamy was held in Bengaluru. After the meeting, Congress had said there is no threat to the JD(S)-Congress coalition in the state.

The coalition government in the southern state has been fragile since its inception with reports of its collapse surfacing every then and now.

“Today, honourable Chief Minister had called an informal Cabinet meeting to take stock of the situation after the Parliamentary election results, both countrywide as well as our state elections,” G Parameshwara, Deputy Chief Minister of Karnataka, had said while speaking to media persons.He had added that the coalition will continue in the state under the leadership of Kumaraswamy.

In the 2019 Lok Sabha elections, BJP won 25 of the 28 seats along with an Independent backed by it just leaving one seat each to Congress and JD(S).

BJP is the single largest party with 105 members in the 225 member assembly while the ruling coalition has 117 members with 79 legislators from Congress, 37 from JD(S) and 1 from BSP.