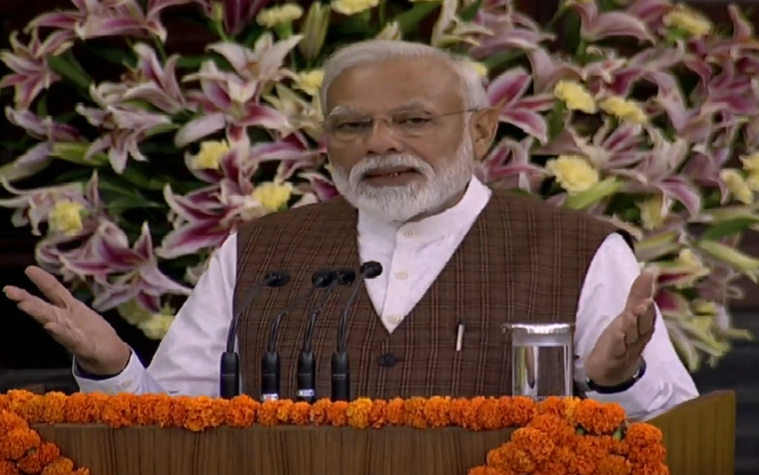 Like SAARC leaders last time, heads of government from neighbouring BIMSTEC countries are likely to attend the swearing-in ceremony of Prime Minister Narendra Modi for his second term on May 30.

As of now, there is no indication of Pakistan Prime Minister Imran Khan being invited.

Invitation for Swearing-in Ceremony of PM @narendramodi extended to leaders of #BIMSTEC Member States, President of Kyrgyz Republic, as current Chair of #SCO & Prime Minister of #Mauritius, who was Chief Guest at this year’s Pravasi Bhartiya Divas. https://t.co/NZieoT5NjX pic.twitter.com/2lYtXz8U2d

The Ministry of External Affairs said the invitations are “in line with government’s focus on its ‘Neighbourhood First’ policy”. President of the Kyrgyz Republic Sooronbay Jeenbekov and Prime Minister of Mauritius Pravind Jugnauth have also been invited, ministry spokesperson Raveesh Kumar added.

In 2014 when Modi won his first term, all the SAARC leaders, including the then Pakistan Prime Minister Nawaz Sharif attended the swearing in as part of invitations extended to all the member countries of the south Asian grouping.

But relations with Pakistan soured mid-term and hit its nadir after the Pulwama attack in February which was followed by India’s aerial strikes on terror camps in Balakot in Pakistan.

“The President will administer the oath of office and secrecy to the Prime Minister and other members of the Union council of ministers at 7pm on May 30, 2019, at Rashtrapati Bhavan,” read the statement issued on Sunday.

President Ram Nath Kovind on Saturday designated Modi as the next Prime Minister and asked him to form the new government.