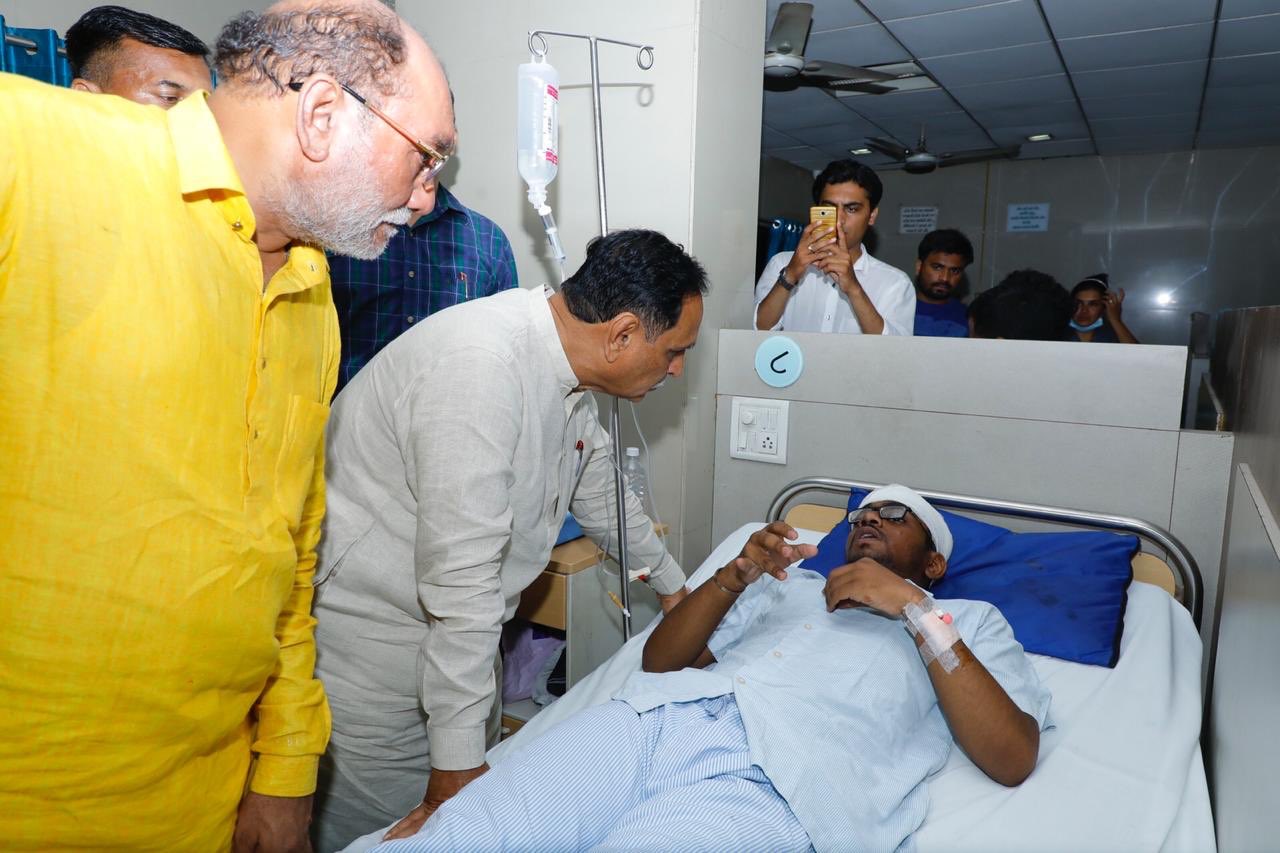 A massive fire engulfed a multi-storey building, housing a coaching centre, located in the Sarthana area and claimed as many as 20 lives, including that of several students.

The Takshashila Complex caught fire and several students of a coaching centre situated in it were seen jumping off the building to escape the inferno. Some people were unable to escape and died on the spot.

As the rescue operations were carried out, charred bodies of women and children were taken out. The fire was reportedly triggered by a short circuit.

Gujarat Chief Minister Vijay Rupani has ordered an investigation and announced financial help of 4 lakh each to the families of students who died in the tragedy.

Gujarat CM Vijay Rupani visits hospital to meet those injured in fire at coaching centre in Surat; says, “I’m told that due to fire in the staircase, several people jumped from the 4th floor of the building to escape. Have ordered enquiry”. 20 people have died in the incident pic.twitter.com/h27hRa2Iav

Rupani said: “Twenty people have lost their lives in the tragedy in spite of our rescue efforts. Students of around 20 years of age were trapped in the coaching centre when a fire broke out in the stairway.”

We have asked the Urban Development and Urban Housing Department Principal Secretary, Mukesh Puri to immediately investigate and submit a report upon the matter. State Government will provide Rs 4 lakh financial help to families of kids who died,” he added.

Prime Minister Narendra Modi in a tweet expressed his condolences to the families of the bereaved and asked the Gujarat government and the local authorities to provide assistance to them. He also prayed for the recovery of the injured.

Extremely anguished by the fire tragedy in Surat. My thoughts are with bereaved families. May the injured recover quickly. Have asked the Gujarat Government and local authorities to provide all possible assistance to those affected.

President Ram Nath Kovind also posted on his twitter: “Extremely sad to hear of the loss of lives, especially of young students, in the tragic fire in Surat. Heartfelt condolences to the bereaved families; wishing an early recovery to those injured.”

Extremely sad to hear of the loss of lives, especially of young students, in the tragic fire in Surat. Heartfelt condolences to the bereaved families; wishing an early recovery to those injured #PresidentKovind

Furthermore, Union Health Minister JP Nadda spoke to Rupani and assured to render help in regard to the gruesome incident. The Union Minister also directed the AIIMS trauma centre director for help.

A team of doctors from burn & trauma department of AIIMS Delhi has been constituted and put on alert. https://t.co/sM2Wn1gJ1n

“Proper and fast treatment will be provided to the injured children,” Rupani further added.

A team of doctors from the burn and trauma department has been constituted and put on alert. They will fly as needed.

The Chief Minister also said that an inspection will be conducted in hospitals, academic and public institutions of all big cities. Apart from this, it will be made sure that the institutions have arrangements for fire breakouts.