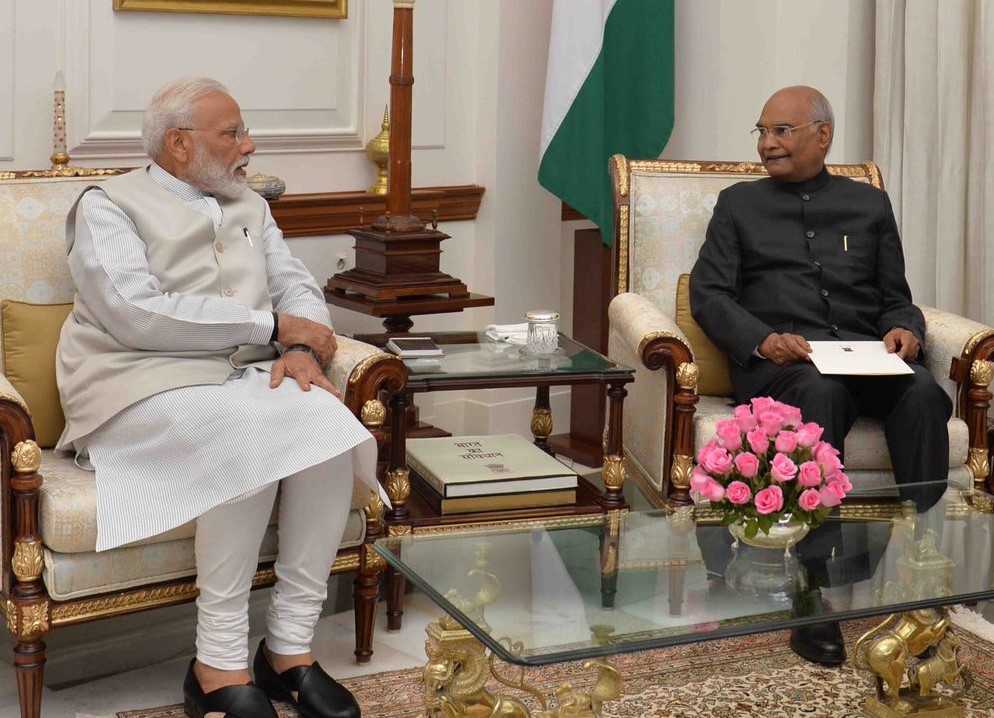 While accepting the resignation, the President requested PM Modi and the Council of Ministers to continue till the new Government assumes office.

Prime Minister @narendramodi called on President Kovind at Rashtrapati Bhavan. The Prime Minister tendered his resignation along with the Union Council of Ministers pic.twitter.com/zuUhC6pWfH

“The President accepted the resignation and requested the Prime Minister and the Union Council of Ministers to continue in office till the new Government is formed,” read a tweet posted from the official Twitter handle of the President.

Following the Union Cabinet recommendation and PM’s resignation, the President will dissolve the present Lok Sabha, the term of which is ending on 3 June. The PM is likely to take oath of office as the head of the new government on 30 May.

The 17th Lok Sabha has to be constituted before 3 June and the process to form a new House will be initiated when the three Election Commissioners meet the President in the next few days to hand over the list of newly elected members.

Modi’s meeting with President Kovind comes after the Union Cabinet meet set in motion the process of constituting the new House.

Finance Minister Arun Jaitley, who has some health problems, did not attend the Cabinet meeting as he was stated to be unwell.

Meanwhile, a meeting of the National Democratic Alliance (NDA) will be held on May 25 when Modi will be formally elected leader of the coalition before the President will invite him to form the next government.