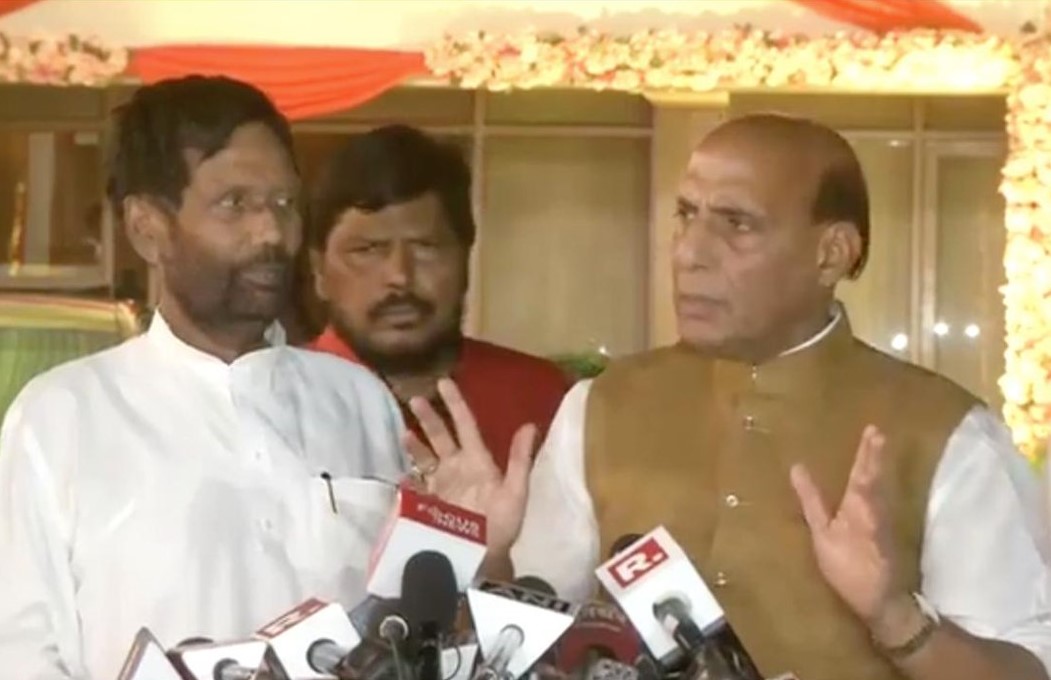 Talking to media after a dinner meeting of NDA leaders, he said, “Thirty six allies were present at the NDA leaders’ dinner today. Three NDA allies who were not present today have given their support in writing.”

Union Minister and BJP leader Rajnath Singh: Today, 36 NDA allies were present at the NDA leaders dinner today. 3 NDA allies who were not present today have given their support in writing. pic.twitter.com/ZO2MmZOB15

The BJP hosted a mega dinner, attended by 36 allies, after which a resolution was passed that said by 2022, under the leadership of Prime Minister Narendra Modi, the NDA will ‘endeavour to fulfil the dreams’ of freedom fighters and ‘give shape to the strong, prosperous, developed and inclusive India that they dreamt of’.

The home minister, who read out a statement after the dinner, said, “The Prime Minister said that the NDA has become an organic entity. The NDA has now become a strong pillar for completing regional aspirations.”

He also said, “In the years to come, we plan capital investment of Rs. 100 lakh crore in the infrastructure sector and Rs. 25 lakh crore which will be devoted to the farm and rural sectors.”

Whereas, Union minister Ram Vilas Paswan said the NDA’s tally would be more than what the exit polls have predicted. He also praised Prime Minister Modi’s leadership.

“The results are reflection of the PM vision and capability. It was not like normal elections … it was like a tsunami… We will get more seats than what the exit polls have predicted,” he said.