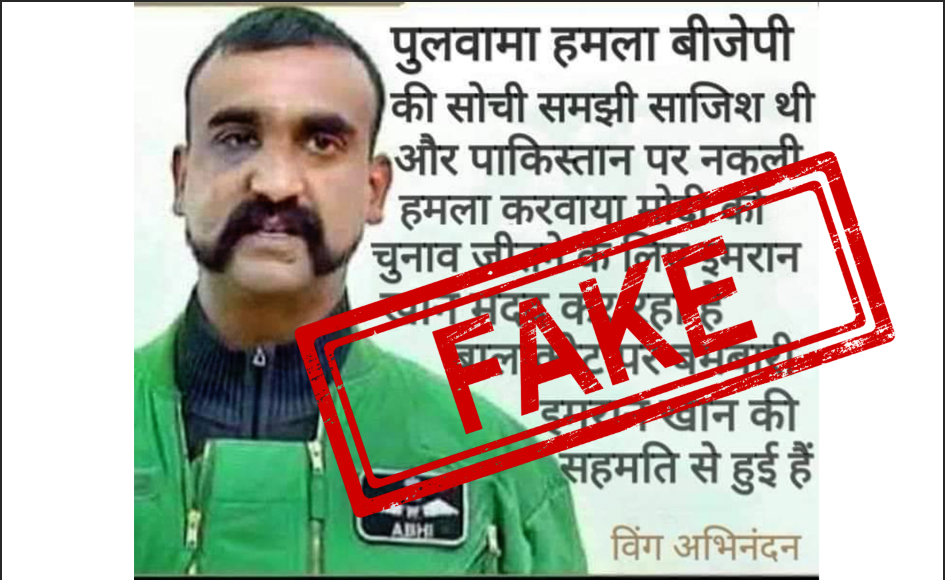 Ever since Wing Commander Abhinandan came back from Pakistan after he was held captive, a range of claims surfaced on the internet.

Another quote attributed to Abhinandan is making rounds on social media, according to which Abhinandan accused that the Pulwama attack was a BJP’s well-planned strategy and attack on Pakistan was also fake so that PM Modi could win the elections.

When we searched the above text, we didn’t find any reliable source quoting Abhinandan with the above statement. 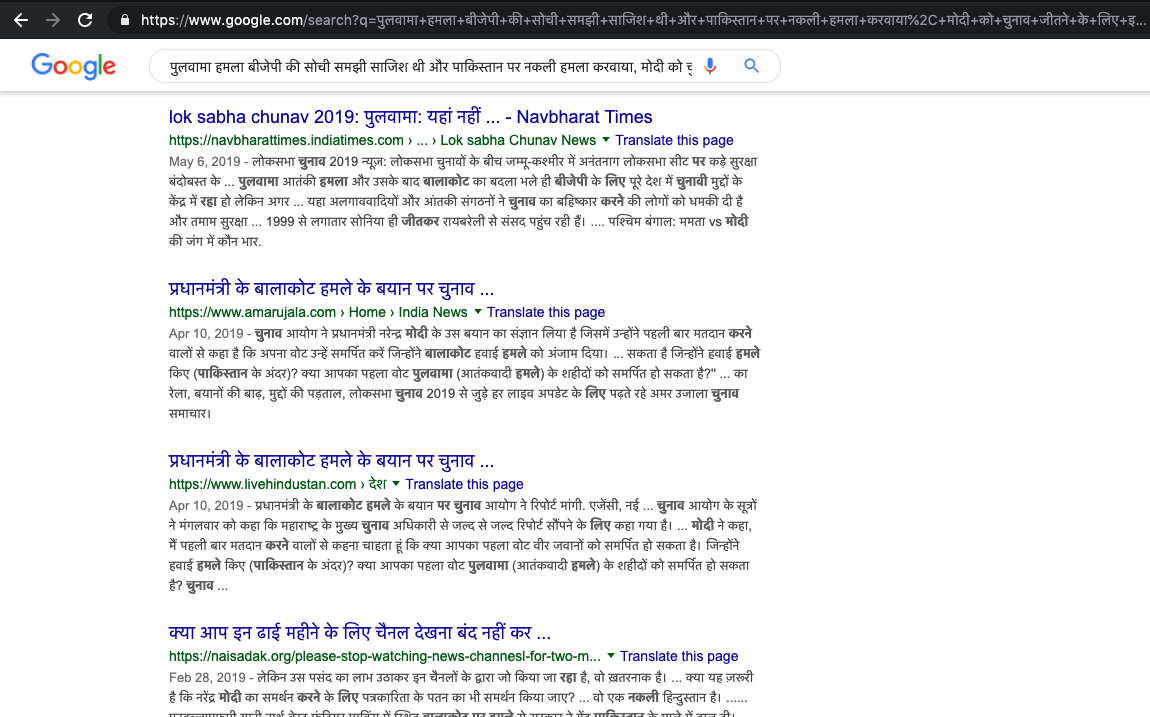 Moreover, ever since Abhinandan returned from Pakistan, he has not given any interview or released any public statement.