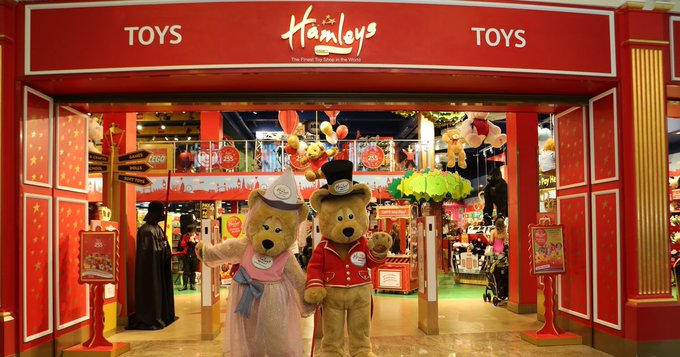 Mukesh Ambani-led Reliance Industries Thursday announced it will acquire iconic British toy-maker Hamleys for 67.96 million pounds (around Rs 620 crore) in an all-cash deal, as per Reuters.

Founded in 1760, Hamleys is the oldest and largest toy shop in the world with 167 stores in 18 countries. In India, Reliance operates Hamleys franchises, from 88 stores across 29 cities. 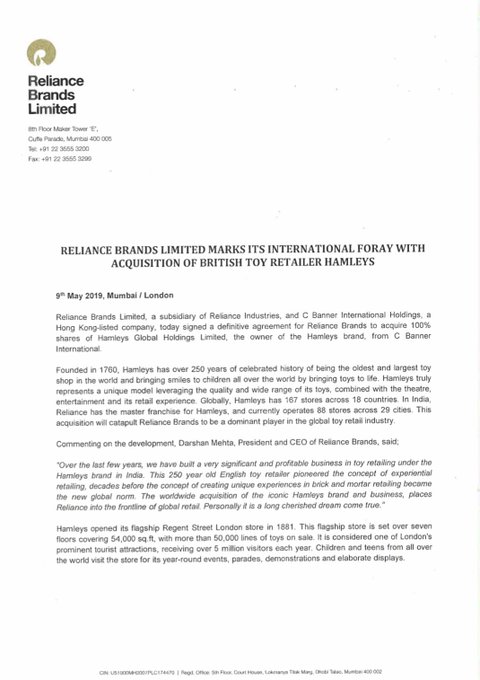 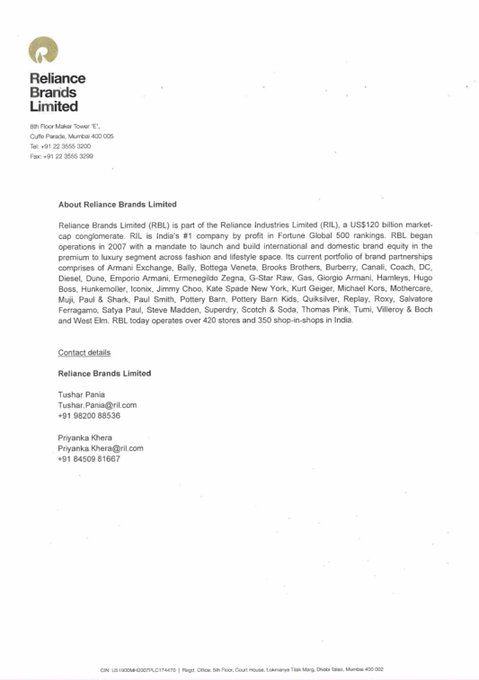 It is currently owned by Chinese fashion conglomerate C Banner International, which had acquired it for 100 million pounds in 2015. C Banner also owns the Chinese units of marquee consumer retail brands such as Steve Madden and Sundance.

The move is set to place Reliance as a dominant player in the global toy retail industry, the release said.
Calling it a long cherished dream, Darshan Mehta, President and CEO of Reliance Brands, said, “We have built a very significant and profitable business in toy retailing under the Hamleys brand in India. This worldwide acquisition places Reliance on the frontline of global retail.”