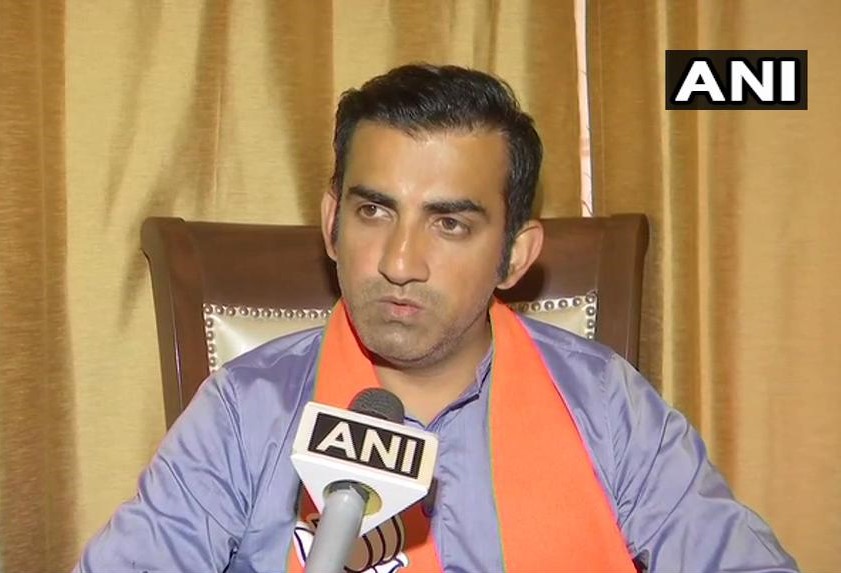 Earlier in the evening, he said, “I will definitely file a defamation case against them. You can’t tarnish someone’s image just like that, if you don’t have the proof. I have never given a negative statement against anyone so far in my election campaigning.”

Gautam Gambhir, BJP’s East Delhi candidate: I will definitely file a defamation case against them. You can’t tarnish someone’s image just like that, if you don’t have the proof. I have never given a negative statement against anyone so far in my election campaigning. https://t.co/nETmu7SryS

The cricketer-turned-politician also pledged to quit politics, even if it meant resigning the day he won the election, if AAP proved its charge.

Gautam Gambhir, BJP’s East Delhi candidate: If they can get a proof, I’ll resign right now & if they get a proof by 23rd I’ll resign on that particular day. But if Arvind Kejriwal does not get the proof, does he accept the challenge that he will leave politics forever on 23rd? pic.twitter.com/qAdH6W9cW0

Earlier in the day, Atishi broke down at a press conference called by AAP, where leaders displayed a pamphlet full of religious and sexist attacks on the candidate. “If Gambhir can stoop so low to defeat a strong woman like me, how can he ensure security for women as an MP?” asked the 37-year-old Oxford alumnus.

AAP East Delhi LS seat candidate Atishi breaks down during a press conference alleging BJP’s Gautam Gambhir of distributing pamphlets with derogatory remarks against her says,”They’ve shown how low they can stoop.Pamphlet states that ‘she is very good example of a mixed breed’.” pic.twitter.com/z14MXXh574

Gautam Gambhir put out a series of tweets accusing AAP of making up the allegations in a desperate plan to try and win the election.

My Challenge no.2 @ArvindKejriwal @AtishiAAP
I declare that if its proven that I did it, I will withdraw my candidature right now. If not, will u quit politics?

“They have been the ones who distribute pamphlets. I don’t know where that pamphlet has come from. It has been there for a long time…tactics on how to malign someone’s image. I’m sure none from BJP have ever been involved in something like this. I can give you in writing neither me neither my entire team nor our workers have ever got into something like this,” he said.

I abhor your act of outraging a woman’s modesty @ArvindKejriwal and that too your own colleague. And all this for winning elections? U r filth Mr CM and someone needs ur very own झाड़ू to clean ur dirty mind.