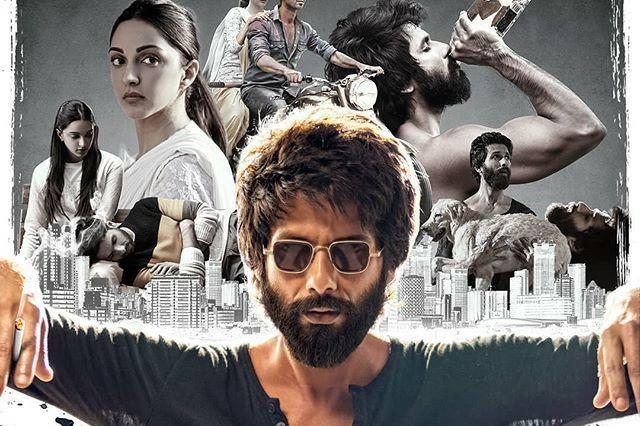 The new poster for Shahid Kapoor and Kiara advani starrer ‘Kabir Singh’ is out. A montage of glimpses from the film in black and white features in the background of the poster setting the serious dramatic tone of the film.

After launching a teaser and a poster of ‘Kabir Singh’, the makers of the film treated fans with yet another poster of the actor, who can be seen in an extremely intense look as he sports sunglasses.

Check out the teaser of Shahid Kapoor and Kiara Advani starrer Kabir Singh:

In the backdrop, several other stills of the actor from the film can be seen. In one still, he can be seen with actress Kiara Advani, who will be playing his love interest in the movie.

Shahid posted the image on Instagram and along with that, he also shared the trailer release date of the film.

Directed by Sandeep Reddy Vanga, ‘Kabir Singh’ is set to release on June 21. The film is a remake of the Telugu blockbuster ‘Arjun Reddy’ that originally starred Vijay Deverakonda and Shalini Pandey.

The original film revolves around a medical student who falls in love with his junior.