Home Battle For States Talk with respect while you talk about poor: Rahul Gandhi to PM... 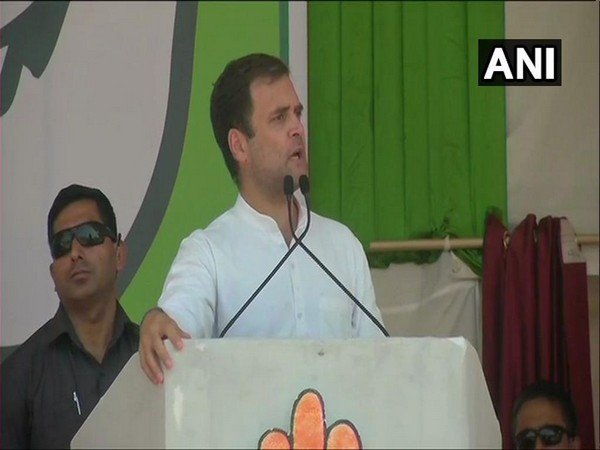 “Prime Minister Narendra Modi, you have insulted MNREGA. You said in Parliament that Congress made people dig holes while the scheme provided employment to lakhs and crore of people. You should pay respect while you talk about poor and don’t disrespect them,” he said addressing an election rally here.

He was referring to Mahatma Gandhi National Rural Employment Guarantee (MNREGA) scheme, the flagship programme of UPA which he alleged was ‘ignored’ by the NDA government at the centre.

He alleged that Prime Minister Narendra Modi has given 5 lakh 55 thousand crores to 15 influential persons which he ‘looted’ from people pocket by ‘imposing demonetization’.

He also alleged that none of the BJP government has ever returned land procured by the industrialist from the tribals even after the industry was not set up. On the contrary, Gandhi said the Congress government in Chhattisgarh had returned the land to the tribals that was acquired by the Tata when BJP was in power in the state.

“In Chhattisgarh, Tata acquired the land of Tribal, it was given to the BJP. In 5 years they failed to establish any factory or industry there. Congress Chief Minister decided to return the land and returned it back to the Tribal of Bastar,” said Rahul Gandhi.