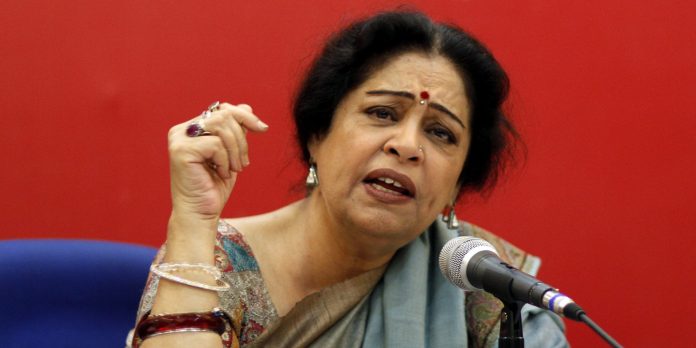 Giving her 24 hours time to reply to the notice, the Office of District Nodal Officer said that it had received a complaint along with a video link in which children could be seen actively participating in election campaign shouting slogans like “Vote for Kirron Kher and Ab ki baar Modi Sarkar”.

The complaint was filed by the National Commission for Protection of Child Rights (NCPCR) requesting the Election Commission of India to ensure that children are not involved in any form with election-related activities.

Kirron Kher will be contesting against old rival Pawan Kumar Bansal from the Chandigarh Lok Sabha seat on May 19. The counting of votes will take place on May 23.