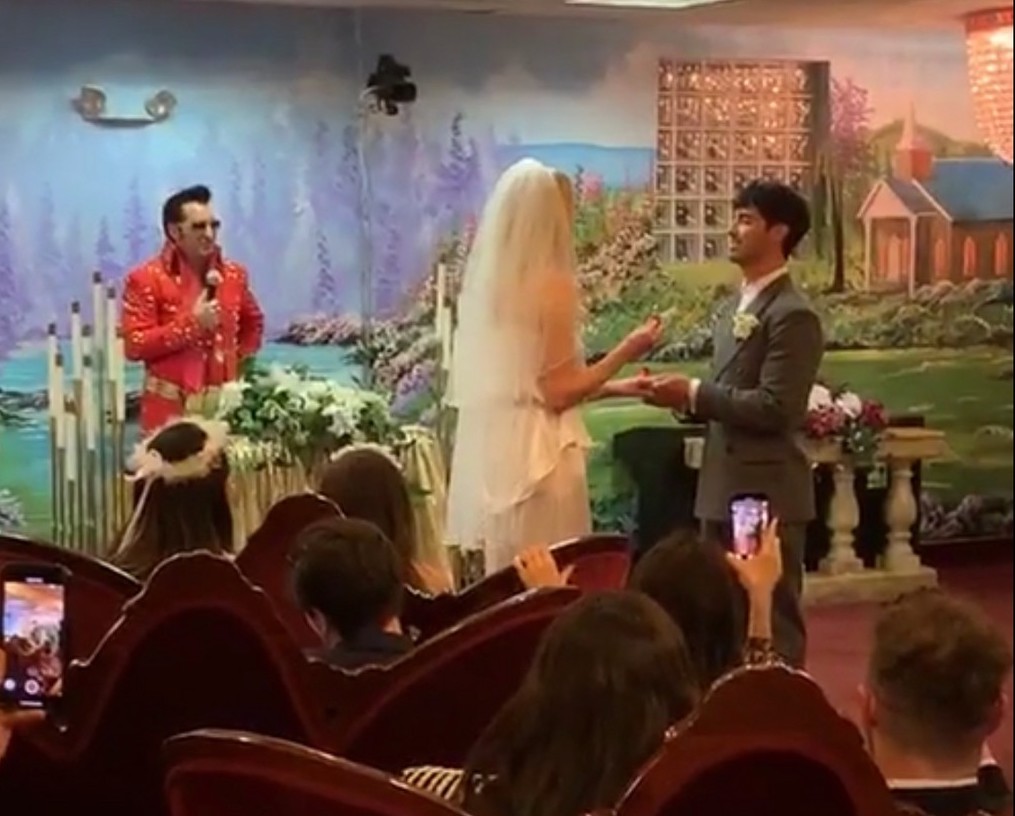 Just hours after the Billboard Music Awards concluded at the MGM Grand Garden Arena in Las Vegas, Sophie Turner who plays Sansa Stark and singer Joe Jonas who have been dating for a while tied the knot in a secret ceremony in Vegas. It was a chapel wedding where Sophie Turner walked down the aisle dressed as a bride dressed in white and Joe Jonas was waiting at the altar for her.

Elvis Weddings are famous in Vegas and they exchanged wedding vows in the presence of an Elvis Presley impersonator while singer duo Dan + Shay strummed along to Speechless.

ENews has also confirmed that Joe Jonas and Sophie Turner have formally become husband and wife and have received their marriage licence soon after the chapel wedding on the night of May 1, 2019. They dashed to the chapel soon after attending the Billboard Music Awards, the same night.

Diplo really streamed while Joe and Sophie were getting married I- pic.twitter.com/jsW9LVGAD6

JOE AND SOPHIE GOT MARRIED WITH….. RING POPS pic.twitter.com/kSd8ZeXa0W