Home Battle For States No fee for appearing in exams for govt jobs if voted to... 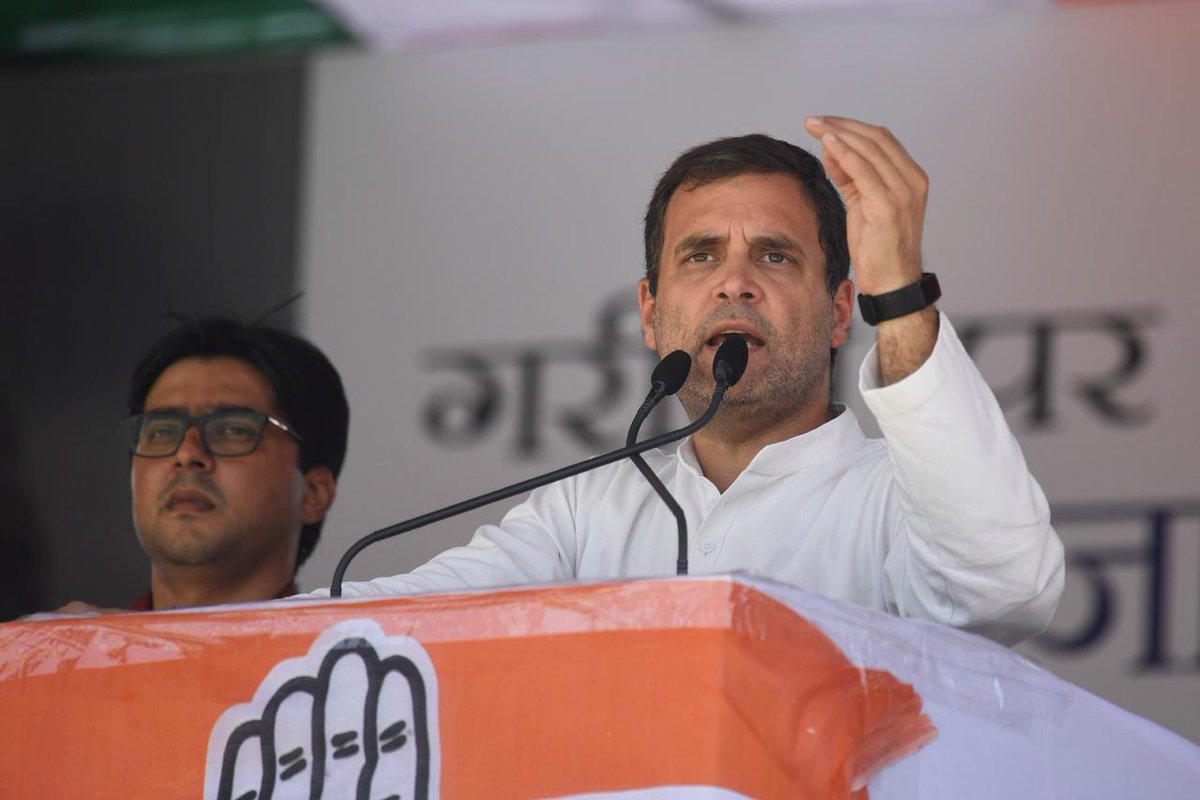 Congress president Rahul Gandhi on Wednesday said the party has decided to abolish examination fees for government jobs if voted to power.

He also slammed the Modi government on unemployment, saying Modi betrayed youths in the name of providing employments to youths. He also asserted that the Congress will give government jobs to 22 lakh youths in one year if voted to power.

Commenting on his party’s poll promise of Nyuntam Aay Yojana (NYAY), he said: “As soon as the NYAY money will go into the bank accounts of 5 crore people, 25 crore people will start buying things like clothes, shoes, mobiles etc. Shops once again will start selling goods. The demands in factories will increase and it will run once again. The youth of Sitapur will get job.”

Continuing his attack on Modi, he asserted, “NYAY is a diesel and petrol in the Indian economy’s engine. Modi has done injustice in the past five years, that’s why we have named our scheme NYAY. He did injustice for five years, but we will do justice for the next ten years.”

The Congress president was campaigning for party Lok Sabha candidate Kaiser Jahan from Sitapur, who is contesting against sitting BJP MP Rajesh Verma.

Sitapur will go to polls in the fifth phase on May 6. The counting of votes will take place on May 23.