Is Congress contesting on only 230 seats? Here’s the fact check | Newsmobile
Friday, October 7, 2022

A post is going viral on social media claiming that Congress has filed only 230 candidates in Lok Sabha 2019 elections.

“You need 273 seats for mandates! Congress is contesting for 230 seats only!
SP 37 BSP 37 RJD 20 TMC 42
It means no other party is contesting to form a Govt. They are fighting just to stop BJP from getting a clear mandate and cripple the nation! Don’t waste your vote ” the post read

At the time of filing the report, the post had around 6.5 thousand shares.

When we checked the claim, we found out that it is fake.

When we checked the official website of the Indian National Congress, we found that they have filed 424 candidates.

Moreover, according to a report in NDTV dated 25th April, Bahujan Samaj Party had filed around 139 candidates.

A report filed by Financial Express, out of 80 seats in UP, SP is contesting on 37 seats, RLD is fielding its candidates on three seats and the BSP on 38. 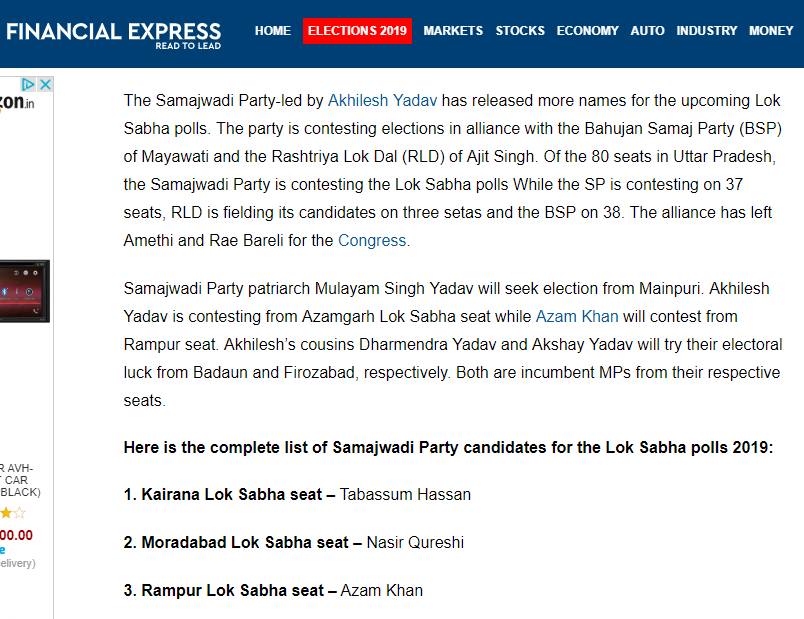 It is possible that the data in the viral post regarding SP and BSP seats was based on these numbers.

This proves that the viral graphic is fake and is spreading misinformation.