A photo of a missile has surfaced on the internet in which claims that India has conducted a flight trial of the nuclear-capable Nirbhay Cruise Missile with a range of 1000 km.

(Translation- Congratulations to all Indians today. India has successfully tested the world’s most dangerous missile ‘Nirbhay Cruise’ with a range of 1000, in Odisha. This missile can destroy Pakistan’s Islamabad within seconds.)

ALSO READ: NO! Madhuri Dixit has not joined BJP; here’s the fact check

We found more posts with the same claims 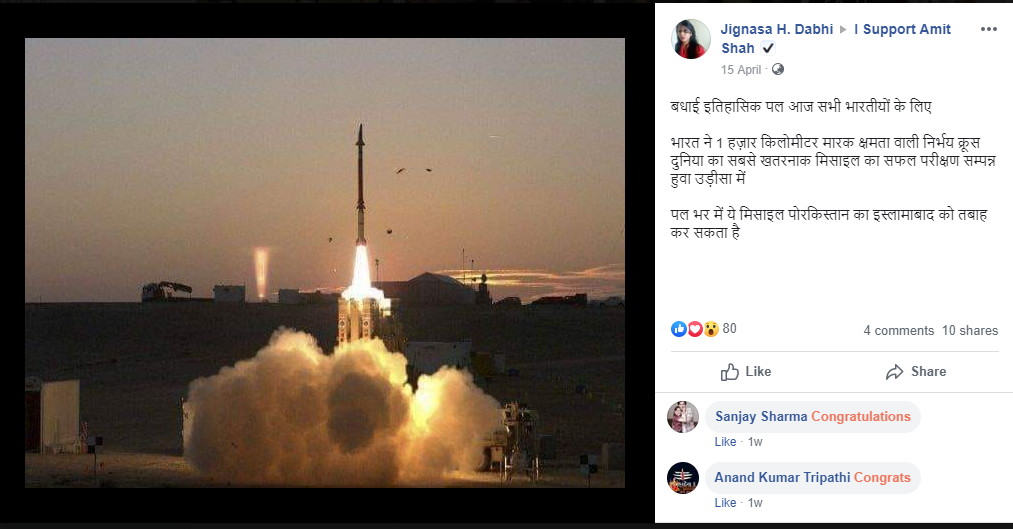 When NewsMobile fact-checked the above post, we found that the picture attached with the claims is not of Nirbhaya Cruise missile.

When we put the viral photo through Reverse Image Search, we found the photo was taken in July 2018. 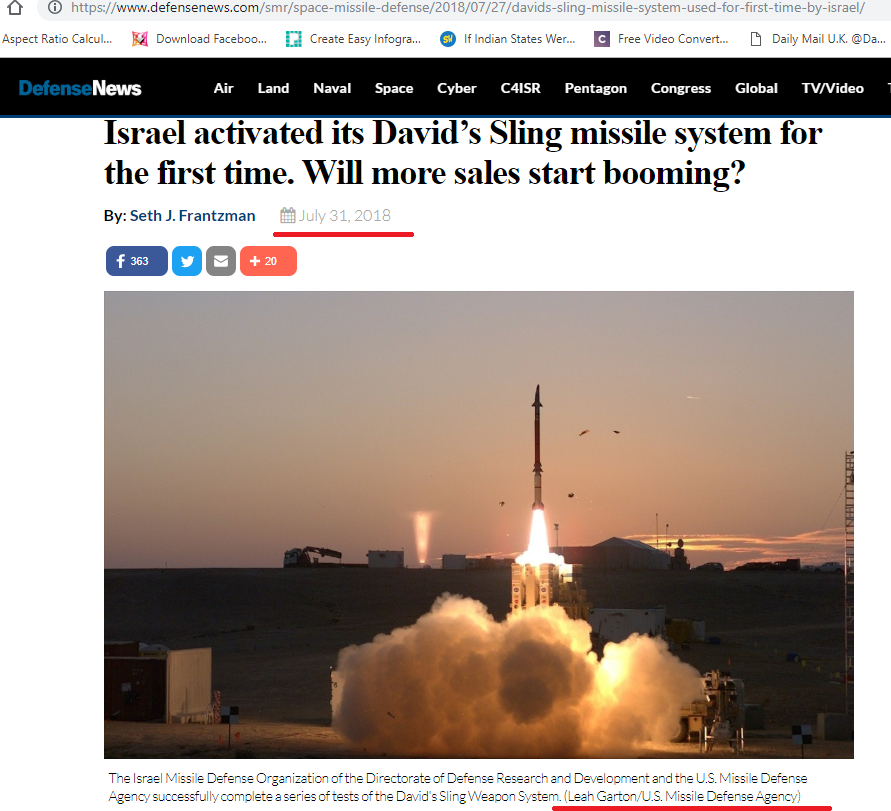 The photo belongs to U.S. Missile Defence Agency and it shows Israel’s David’s Sling Weapon System which was test fired on July 23 to counter a missile threat.

On digging furhter, we found a picture of India’s first indigenously designed and developed long-range cruise missile, who took a successful flight test to a range of 1,000 km in 2014.

The missile took its sixth flight test on 15th April 2019, after which the posts started surfacing. 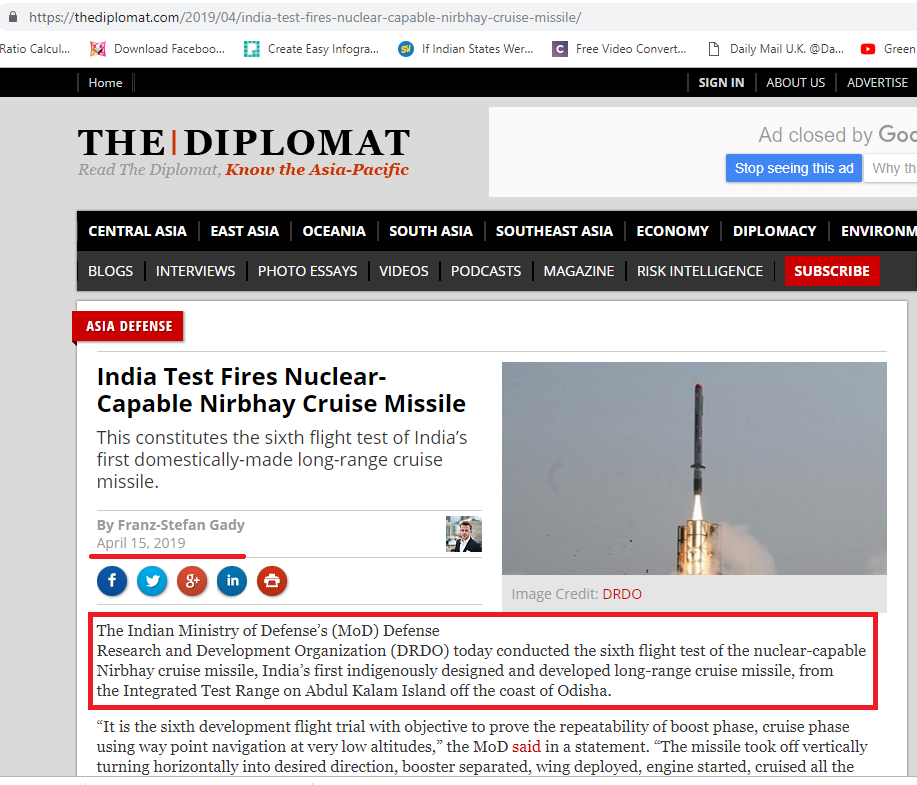 The above information proves that the photo circulated with the claim is not Nirbhaya Cruise missile.