A picture of Prime Minister Narendra Modi has surfaced on the internet in which an Army Officer can be seen taking PM Modi’s chest measurements. 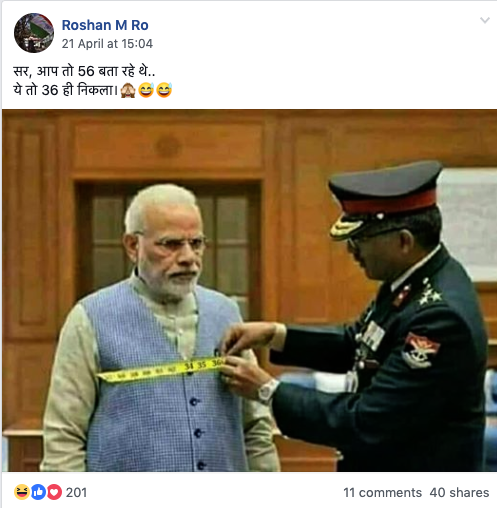 When NewsMobile came across the above post, we fact-checked it and found the picture to be FAKE.

On putting the picture through Reverse Image Search, we found the original picture. 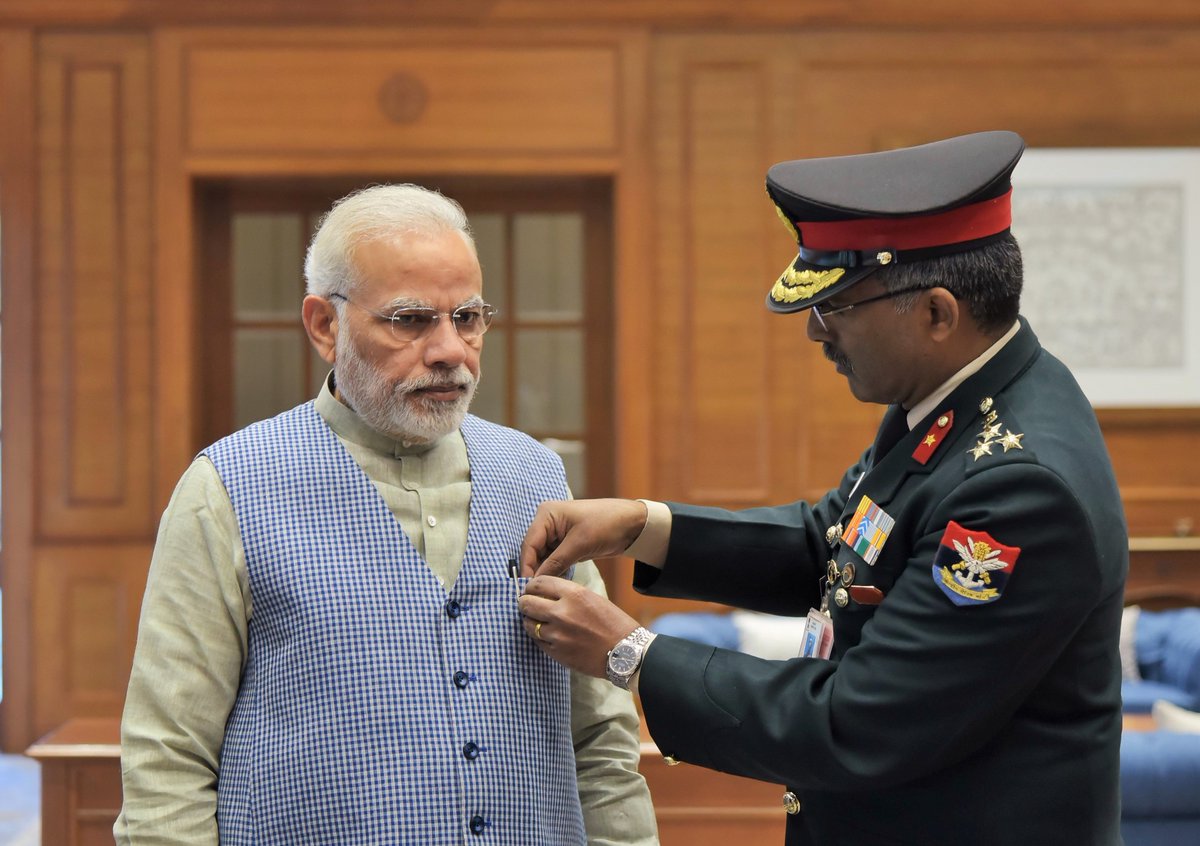 In the original picture, the Army officer is putting the flag on PM Modi’s chest on the occasion of Armed Forces Flag Day on December 7th, 2017.

The picture was tweeted by Prime Minister Narendra Modi on his official Twitter handle.

Today, on #ArmedForcesFlagDay, officers from the Kendriya Sainik Board pinned the flag on me. I made a cashless contribution for the welfare of our brave soldiers, who protect us and keep our country safe. pic.twitter.com/GR0LlszpdU

This proves that viral picture is FAKE.