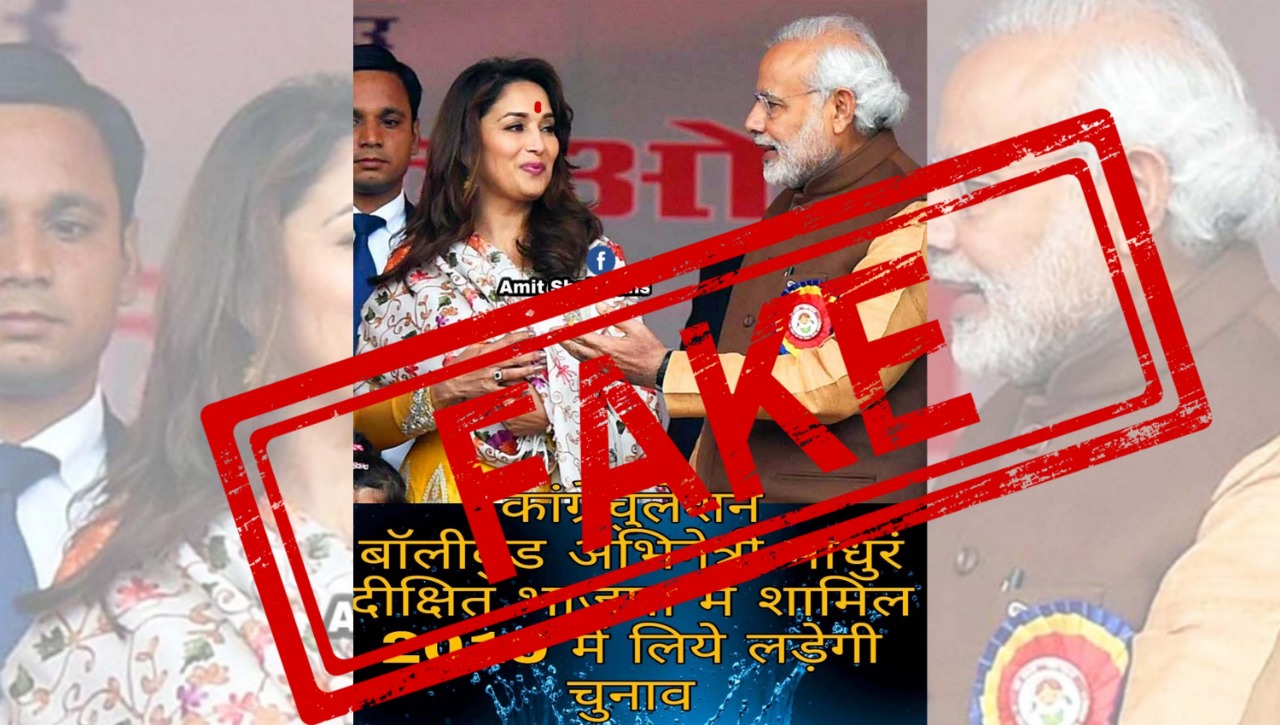 A post has been making rounds on the internet claiming that Bollywood actress Madhuri Dixit has joined Bharatiya Janata Party and will be contesting the 2019 Lok Sabha elections. 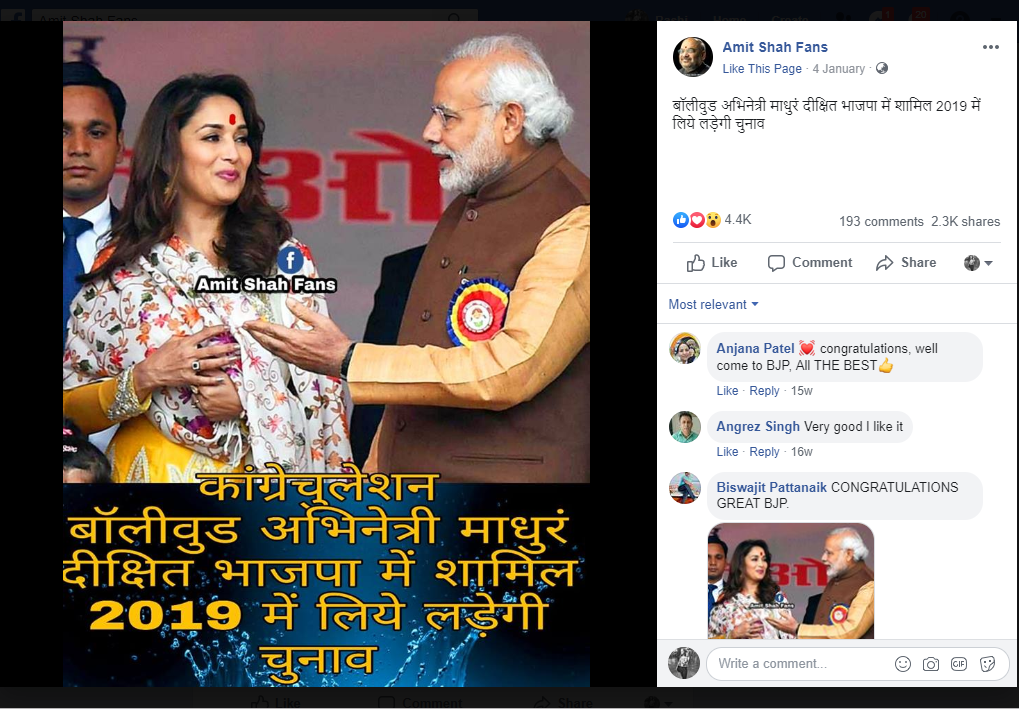 We found similar photos on the internet- 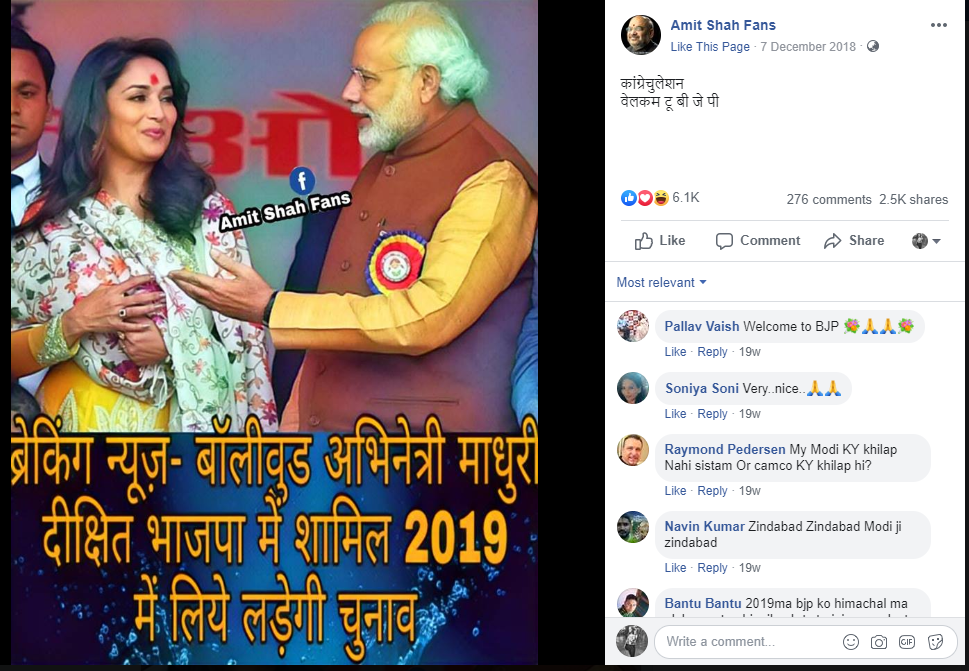 When NewsMobile team fact-checked the post, we found that the claim is FAKE.

We found an article by newswire IANS in which Madhuri Dixit has said that she is not contesting the upcoming Lok Sabha elections. 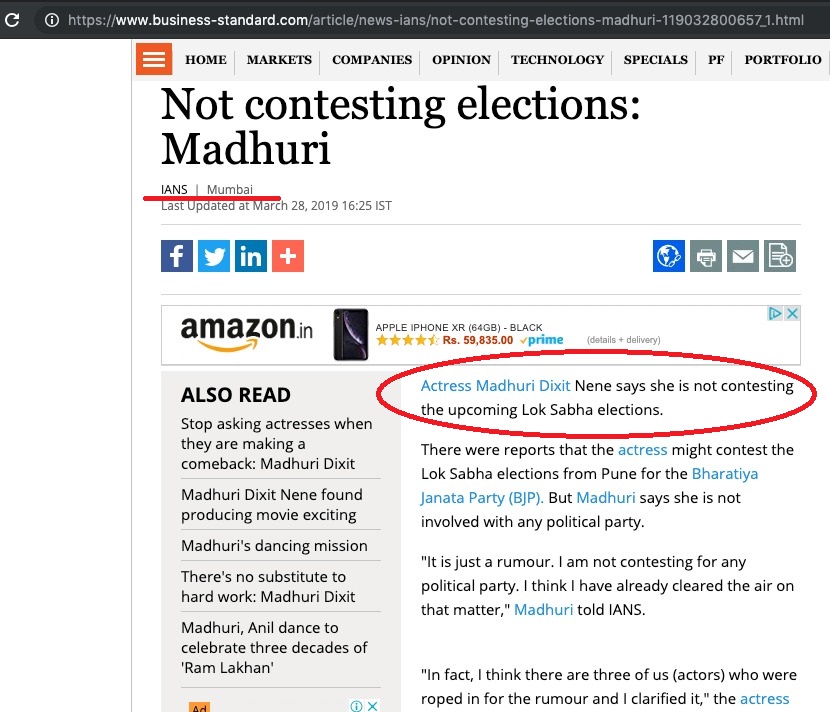 When we checked the picture in the post, we found another picture from the same event.

The picture belongs to Getty Images. It was taken on January 22, 2015 during the launch of Beti Bachao, Beti Padhao scheme. 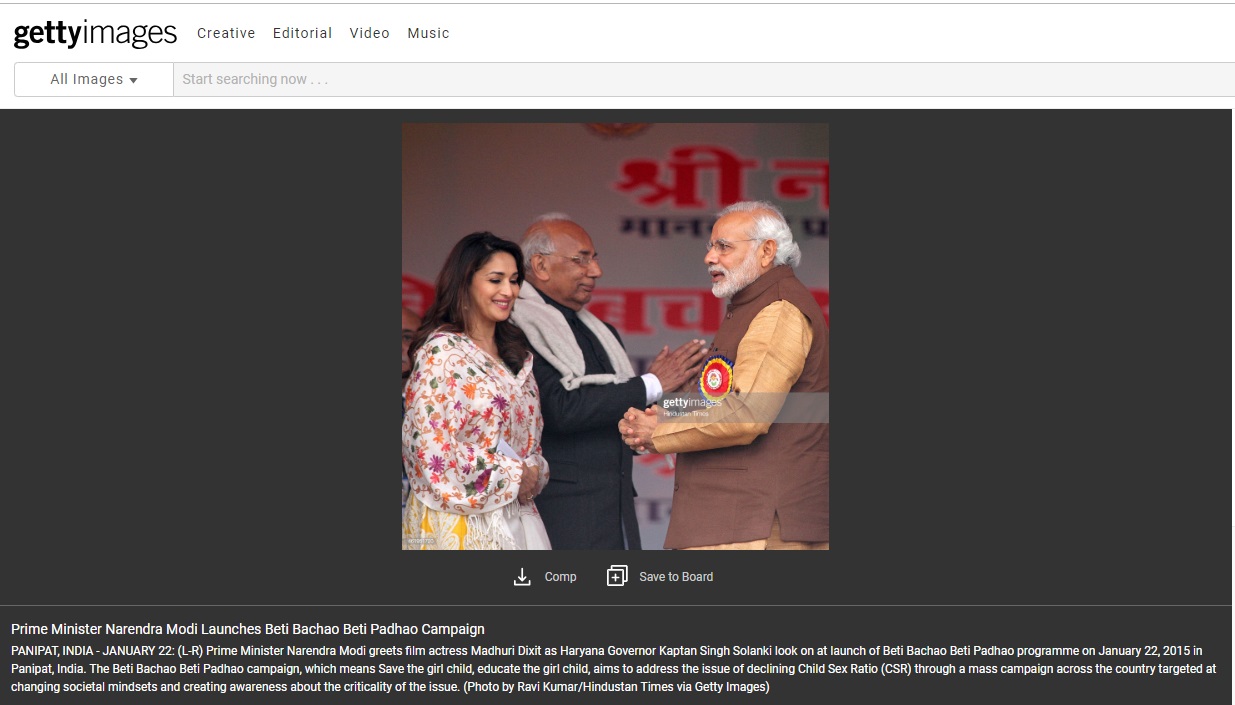 The above information proves that the claim attached to the viral post is FAKE.