A video is being shared widely on social media claiming that a TMC worker pulled out and pointed a gun at BJP speaker during a debate in West Bengal.

“TMC leader pulls out and points a gun at BJP speaker during a debate in W. Bengal.
Mamata talks of democracy being in danger. 👇” – the caption read. 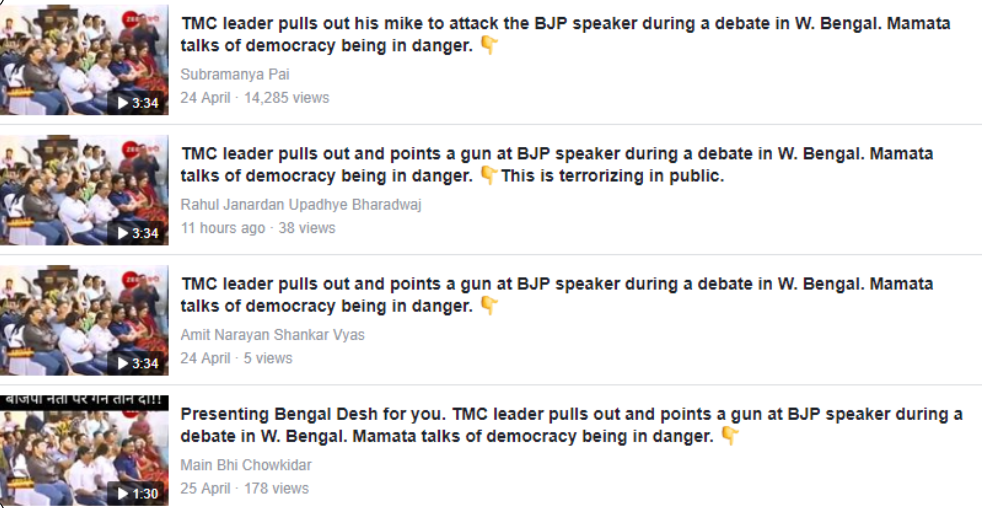 When NewsMobile team fact-checked the video, we found that the claim attributed to the video is false.

In the video, the logo of ‘Zee News’ can be seen. We found the clip published by ‘Zee24Ghanta’ on Youtube and the name of the show was ‘Cross Fire : Coochbehar’.

When we checked the clip frame by frame, we found out that it was not a gun but a mic. 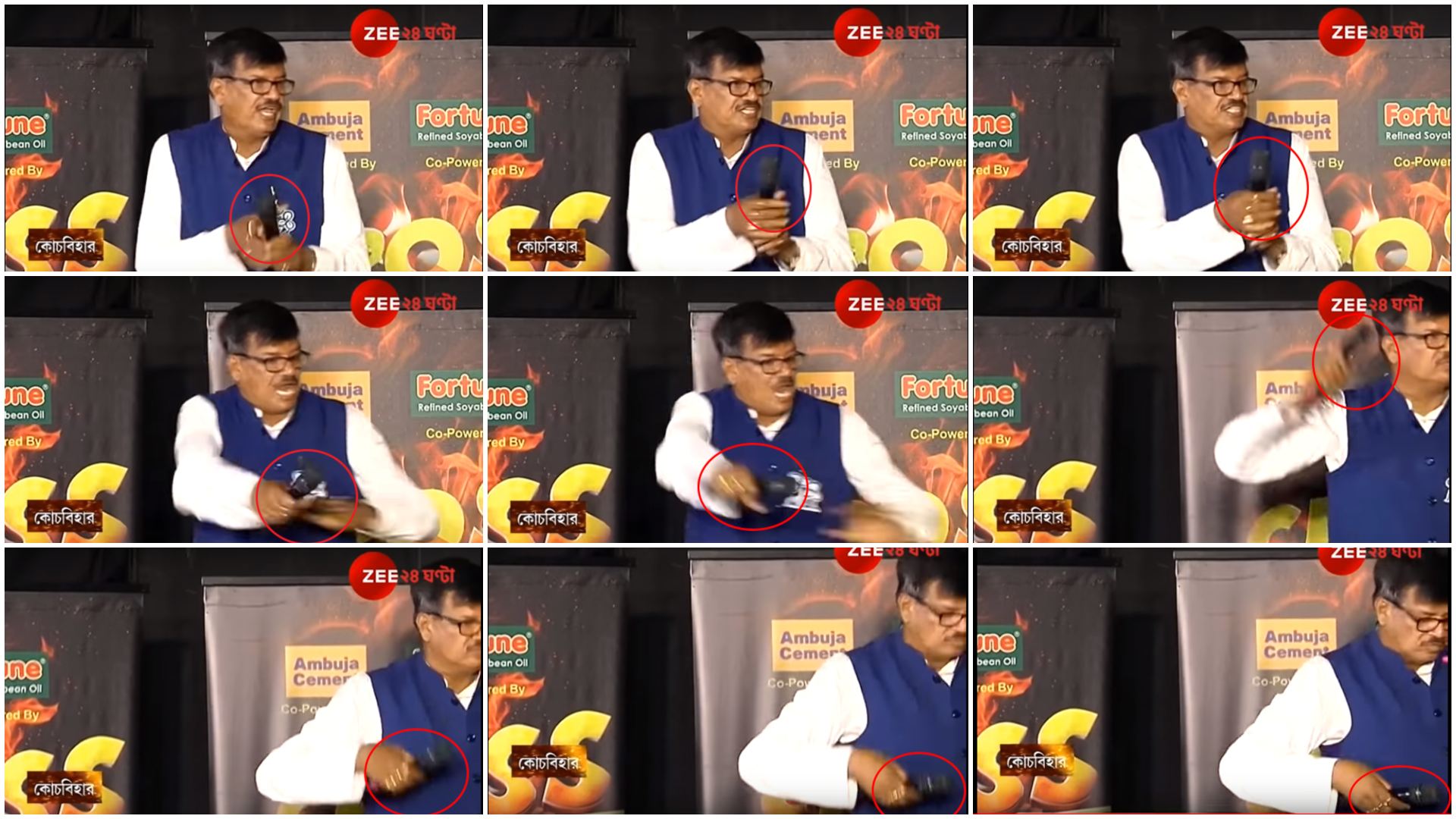 In the above collage, it is clearly visible that he picked up the mic and not a gun.

This proves that the claim attributed to the video is fake.