A picture has surfaced on the internet in which Congress president Rahul Gandhi, Rajasthan Chief Minister Ashok Gehlot and Deputy CM Sachin Pilot can be seen in a sweet shop. In the picture which is widely shared on social media features a poster in the background of the picture which claims that ’till Rahul Gandhi becomes the Prime Minister, no credit will be given’.

ALSO READ: NO! Madhuri Dixit did not join BJP; here’s the fact check

Team of fact checkers at NewsMobile checked the above picture and found it to be FAKE.

On putting the picture through Reverse Image Search, we found a tweet by Congress Secretary and three-term MLA, Qazi Nizamuddin, had posted the original picture on his official Twitter handle.

In the original picture, the poster in the background was about the dishes at the sweet shop. 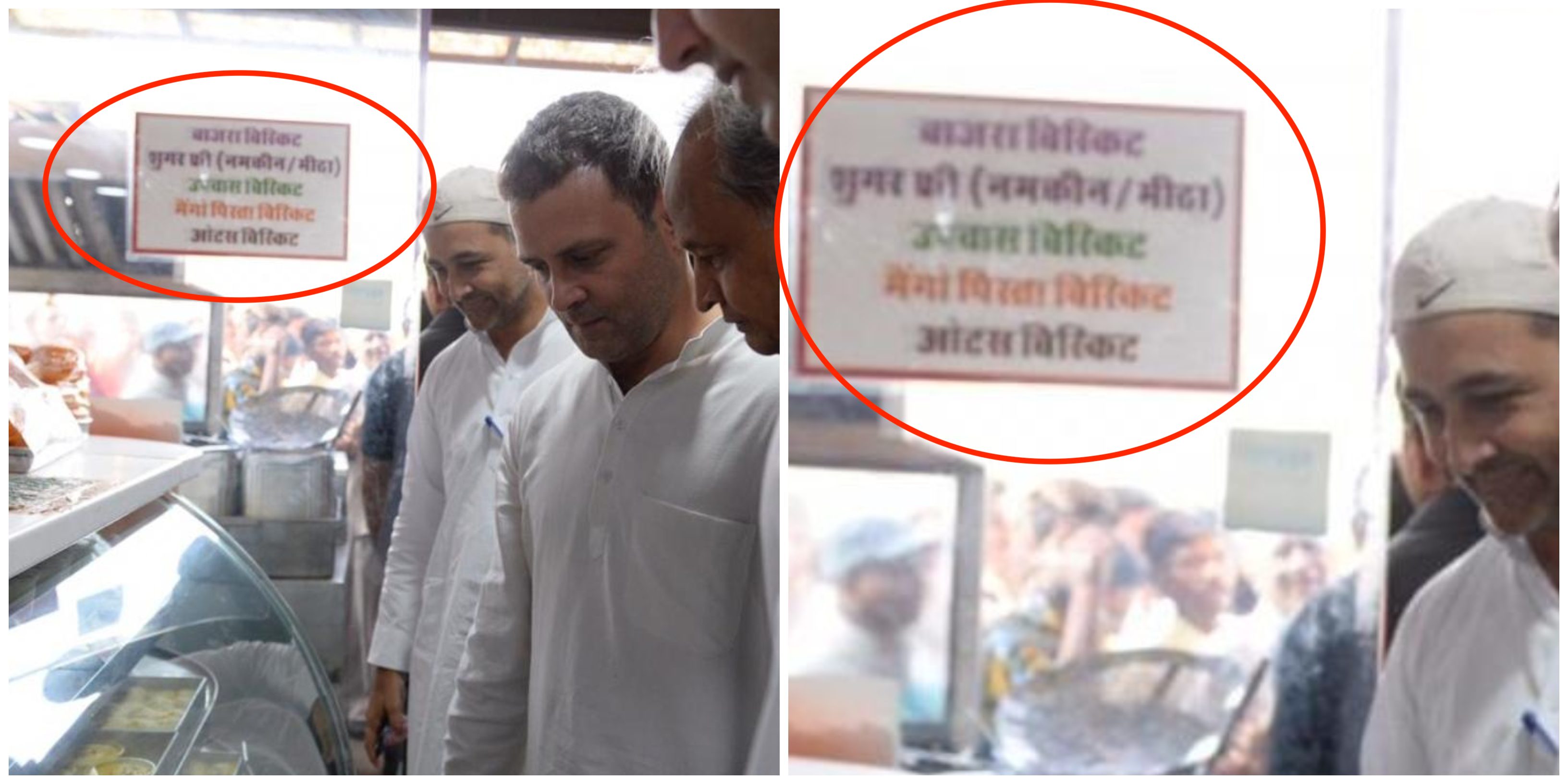 The above picture was taken on October 10th, 2018 in Bikaner.

When we dug more, we found the picture of the poster which was superimposed on Rahul Gandhi’s picture. 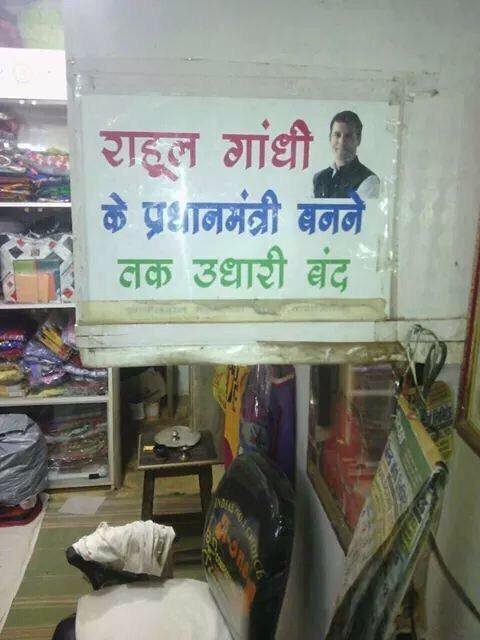 This proved that the viral posts are FAKE.