Home Home Slider This kid’s parents were not killed in terror attack in Syria; here’s... 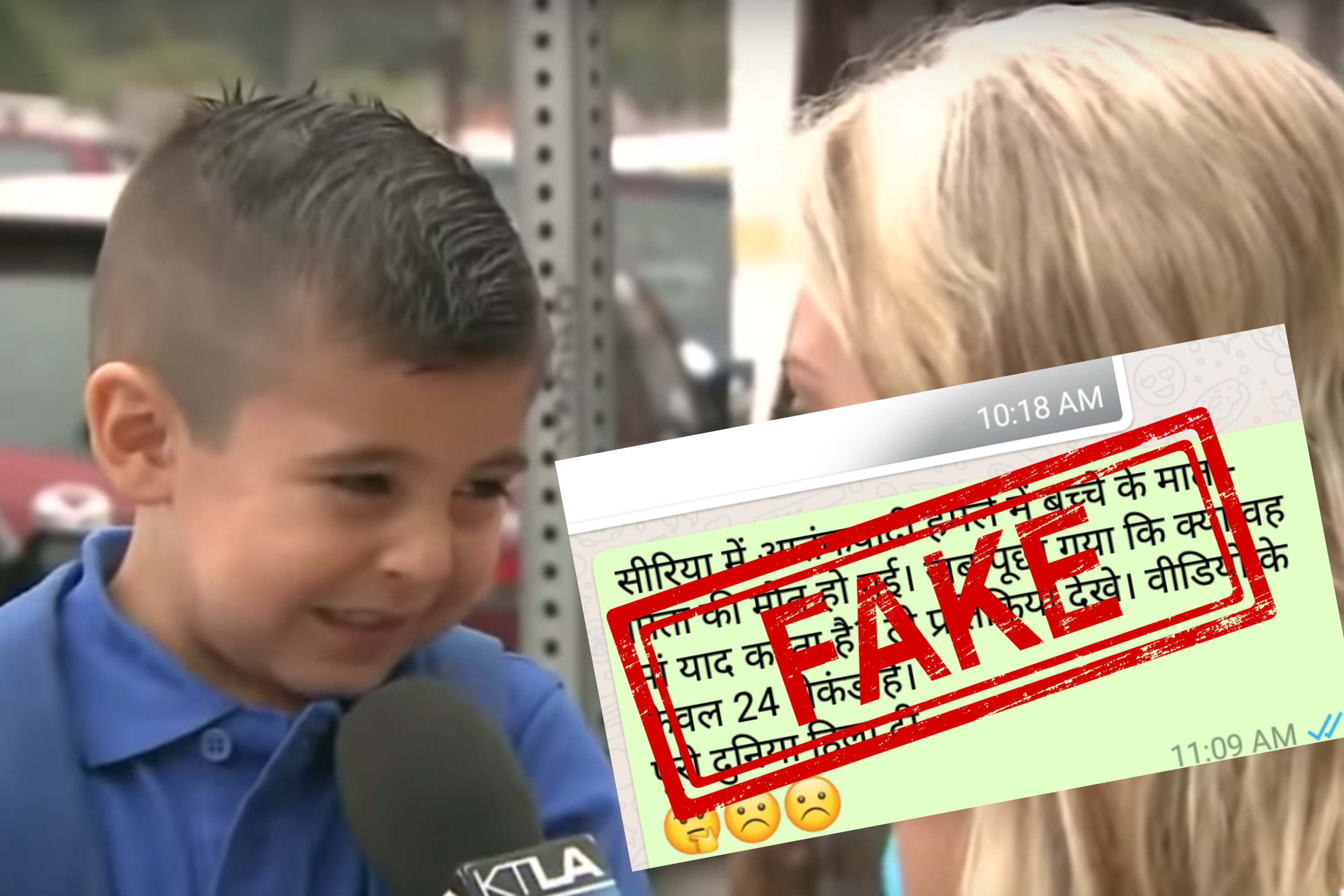 A Facebook post is being widely shared on social media which is a combination of a picture and video.

The screenshot of a WhatsApp message claims that the kid in the video lost his parents in a terror attack in Syria and a reporter asked him about his mother, he started crying.

(Translation: The child’s parents died in a terrorist attack in Syria. When asked if he misses his mother? See the reaction. The video is only of 24 seconds) 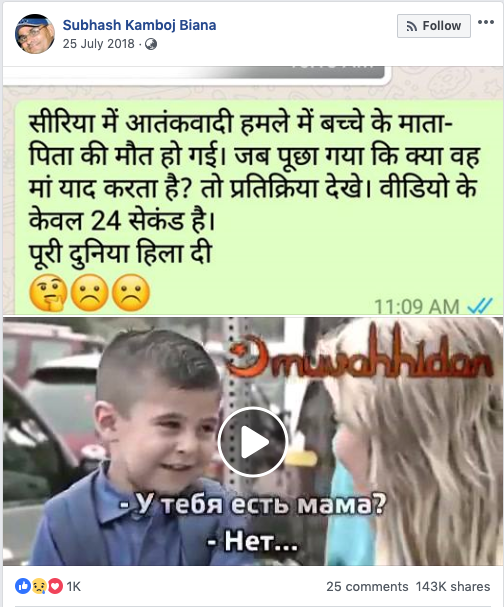 ALSO READ: Did Navjot Singh Sidhu get thrashed in punjab? Here’s the fact…

Team of fact checkers at NewsMobile checked the viral Facebook post and we found it to be FAKE and misleading.

Firstly, there is no mention of the specific bombing that killed the parents of the kid.

We further found that the kid in the video is from America’s Los Angeles and not from Syria.

The video went viral in 2015 when American journalist, Courtney Friel, interviewed the kid on his first day to school and kid broke into tears when she asked ‘Are you gonna miss your mom?’

Hence, this proves that the viral post is misleading.