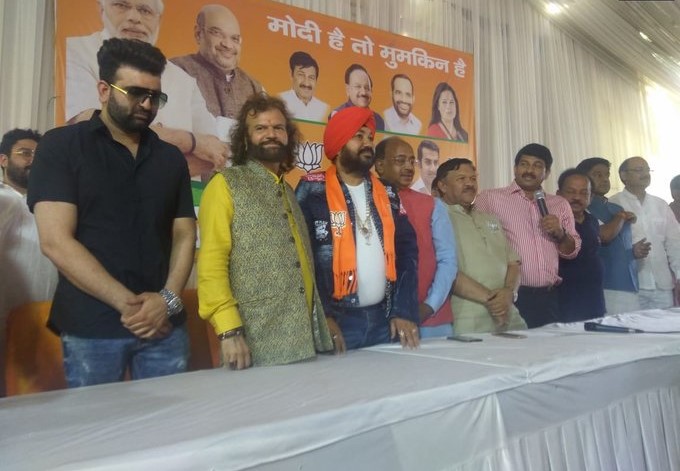 As the ongoing Lok Sabha election is entering the fourth phase, BJP continues to add more star power to the party fold.

A few days ago, Bollywood actor Sunny Deol joined the BJP in the presence of several Union ministers, including Nirmala Sitharaman and Piyush Goyal and later the party fielded him from the Gurdaspur Lok Sabha seat.

Daler Mehndi’s daughter is married to a son of Hans Raj Hans.

Daler is best known for his debut album song ‘Bolo Ta Ra Ra’. He has also sung several Bollywood numbers including ‘Na Na Na Re’ from film Mrityudata, Ru-Ba-Ru from Maqbool among others.