A picture of Rahul Gandhi and Priyanka Gandhi has surfaced on the internet in which Congress President and his sister were sitting around the people.

In the picture, Rahul Gandhi is seen eating from a plate and the caption of the picture claimed that while Rahul and Priyanka were at a martyr’s home, he was eating the martyr’s child’s chips.

ALSO READ: Fact Checked: These pictures are not of Gaya-Ranchi ring road

The picture was shared by several others. 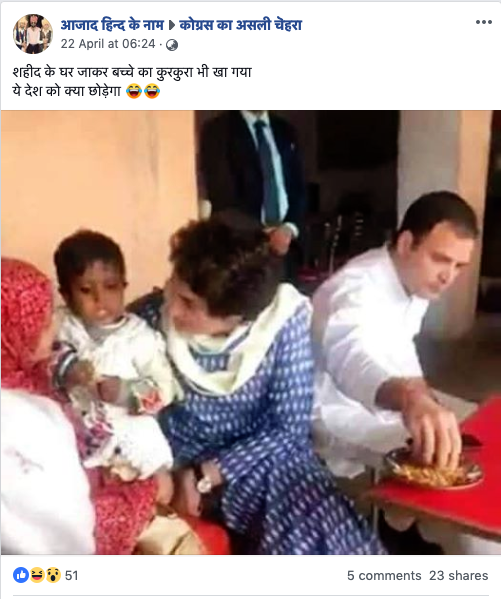 When NewsMobile fact-checked the above post, we found that the claims made are FAKE.

When we put the above picture through Reverse Image Search, we found that the picture was clicked in Uttar Pradesh’s Shamli at a Dhaba (Roadside Restaurant).

While scanning the social media handle of Rahul Gandhi, we found a LIVE video on his official Facebook page which was from the same day.

The viral picture is the screen grab from the same video at 3:00 min. 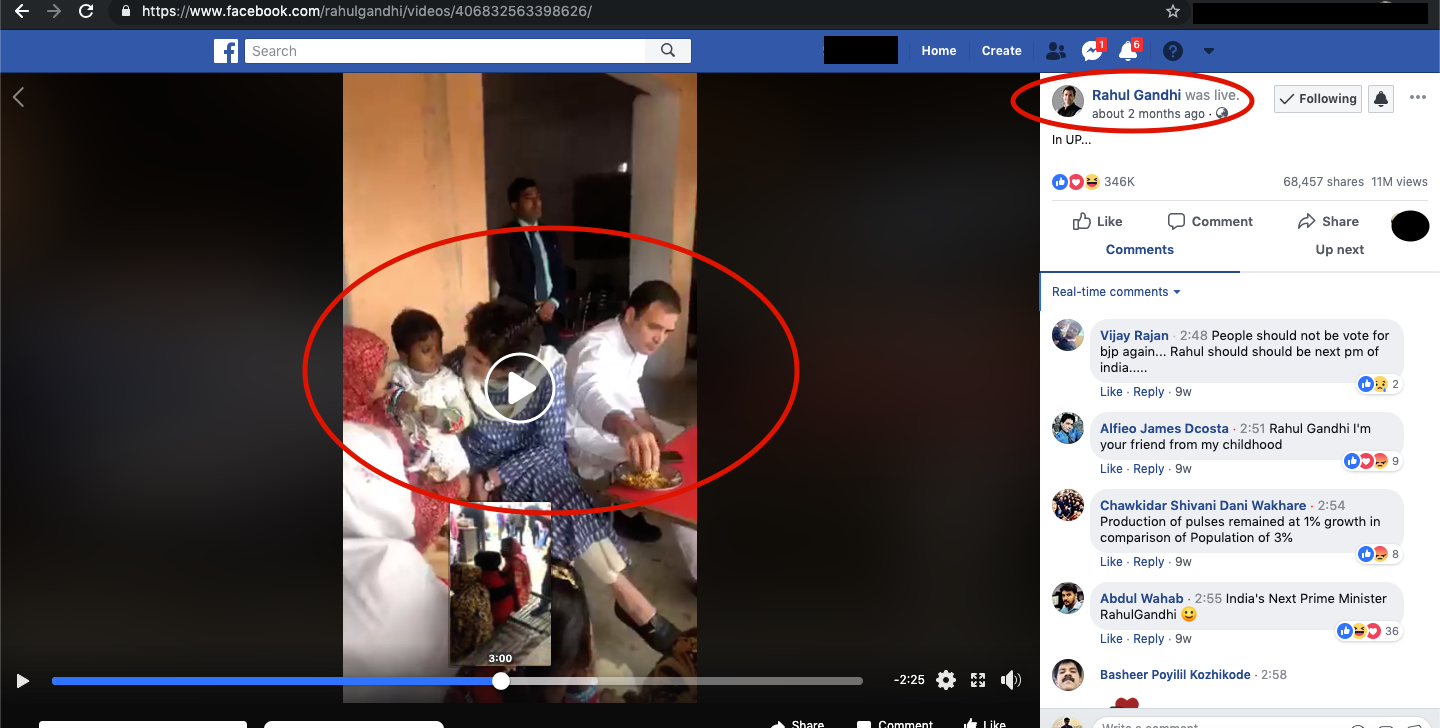 The above screenshot shows that the picture was extracted from the 5:25-minute video which was shot at a Dhaba.

Hence, the claim attached to the picture is FAKE.