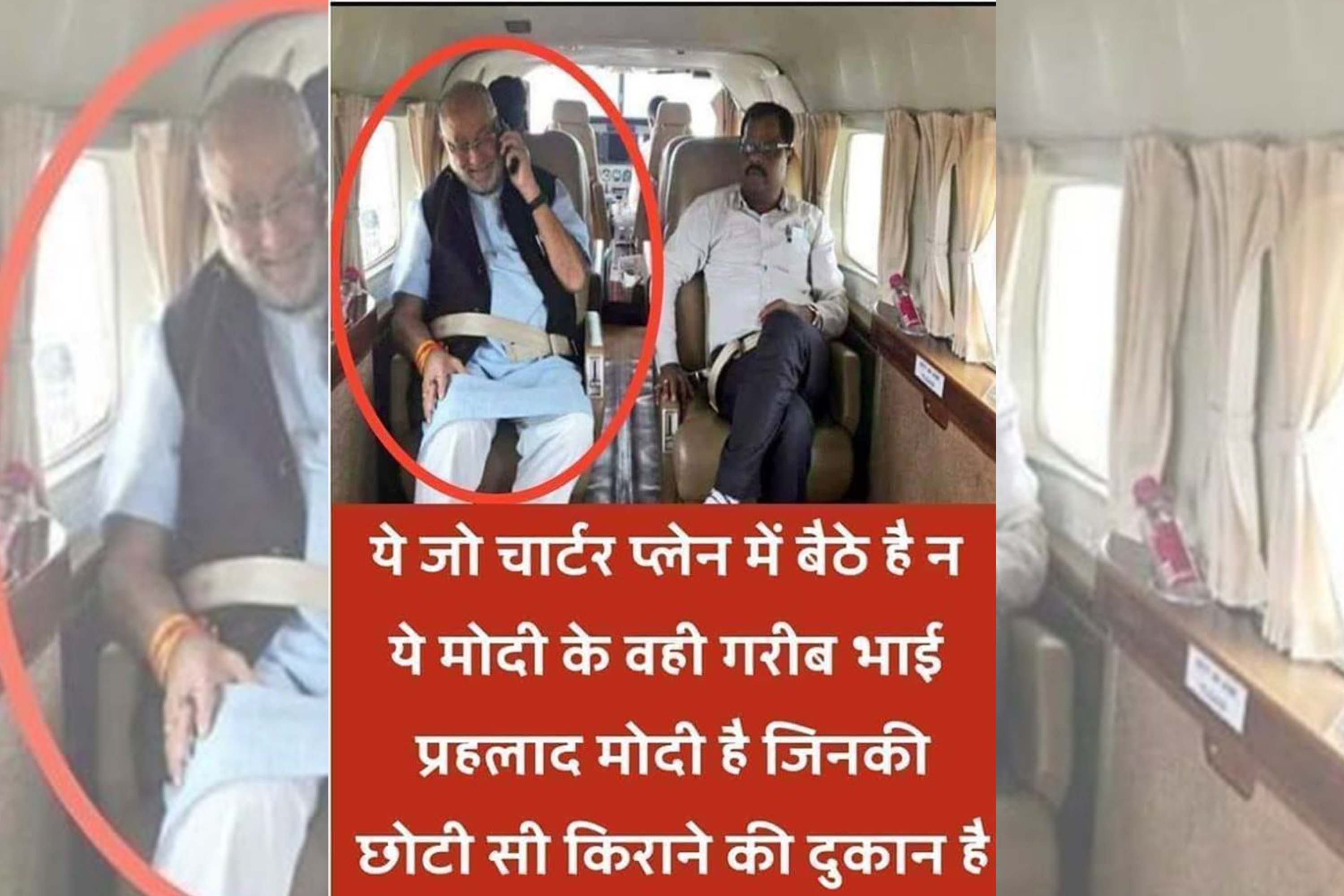 A picture is making rounds on social media in which two men can be seen sitting in a small plane and the claims are being made that one of them is Prime Minister Narendra Modi’s younger brother Prahlad Modi.

The claim also points out that Prahlad Modi is travelling on a charter plane. 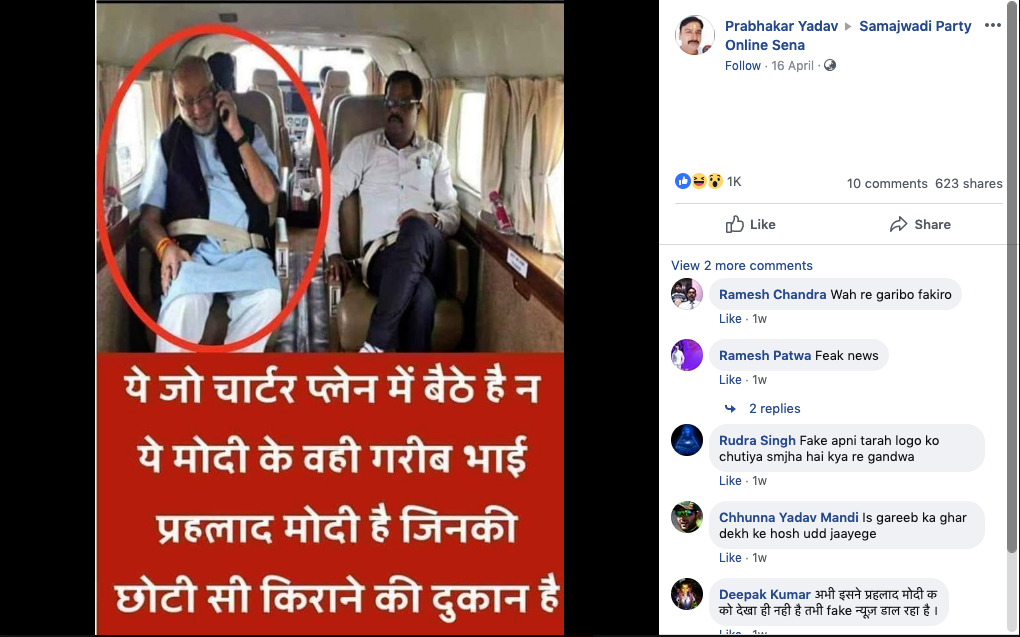 At the time of filing this report, the above post was shared over 600 times.

The team of fact-checkers at NewsMobile checked the claim and found it to be misleading.

The man in the picture is Prime Minister Narendra Modi’s younger brother Prahlad Modi, but the plane he is sitting on is not a private charter plane.

While digging for facts we came across a news article in which Prahlad Modi described the truth behind the viral picture. 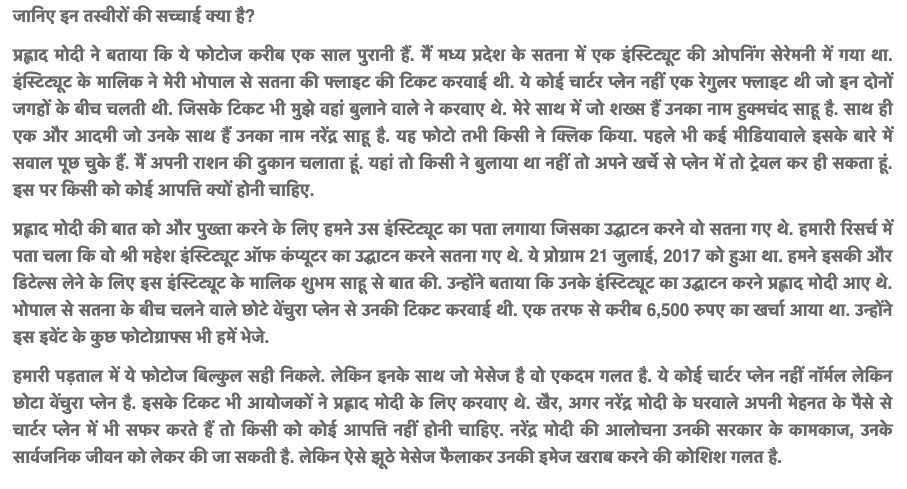 As per the article, the picture of Prahlad Modi in the plane was taken in July 2017 when he was returning from in Madhya Pradesh’s Satna after inaugurating a computer institute. He further explained that the plane he was sitting on was not a charter plane but a regular flight between Bhopal and Satna.

Hence, this proves that the above post is misleading.