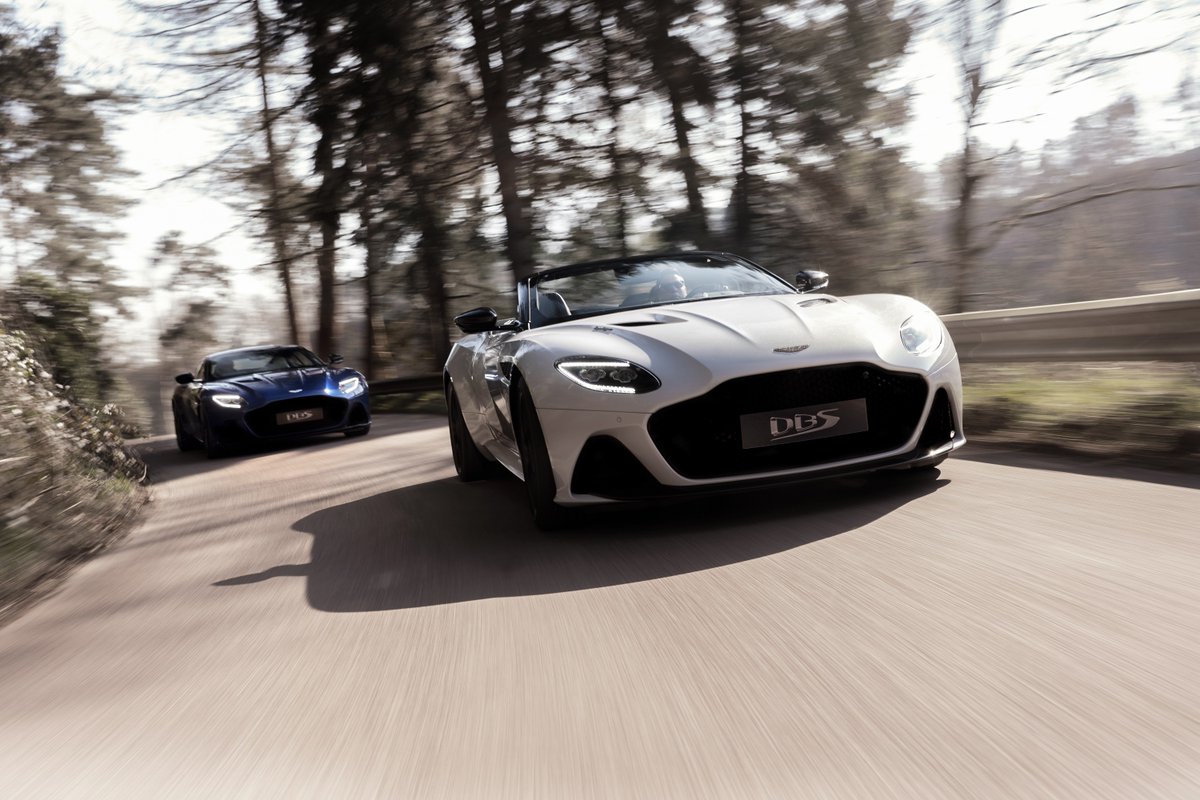 Aston Martin welcomed its second Volante-named offering as it opened the roof on the new DBS Superleggera Volante. 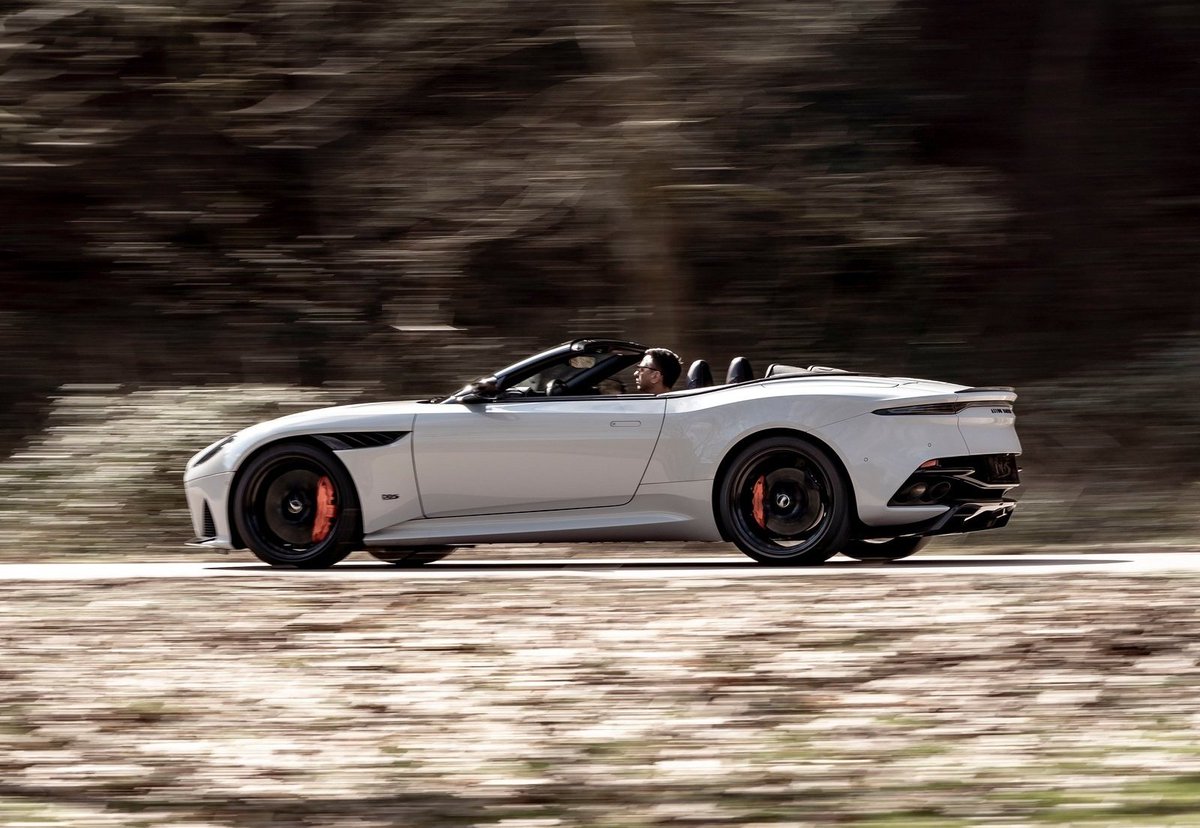 It’s not just the power and torque that makes the difference to the DBS Superleggera Volante but also the car’s aerodynamic credentials which help in commanding and exploiting the surface airflow to maximum effect. 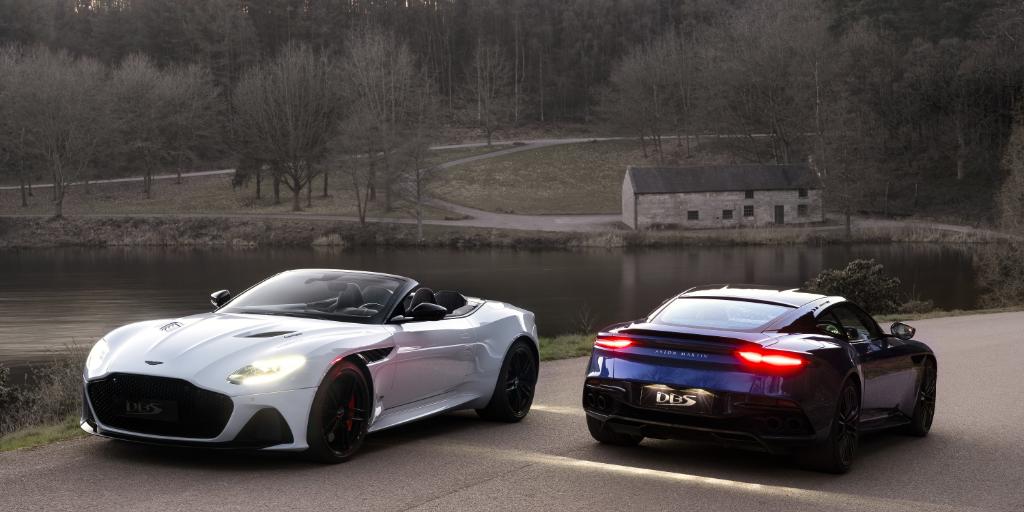 The front of the car has the splitter and airdam work in unison, accelerating airflow underneath the front of the car to deliver true downforce and assist cooling by feeding air to the front brakes. The new deeper side strake draws more air from the front wheel arch to reduce lift and aid high-speed stability. 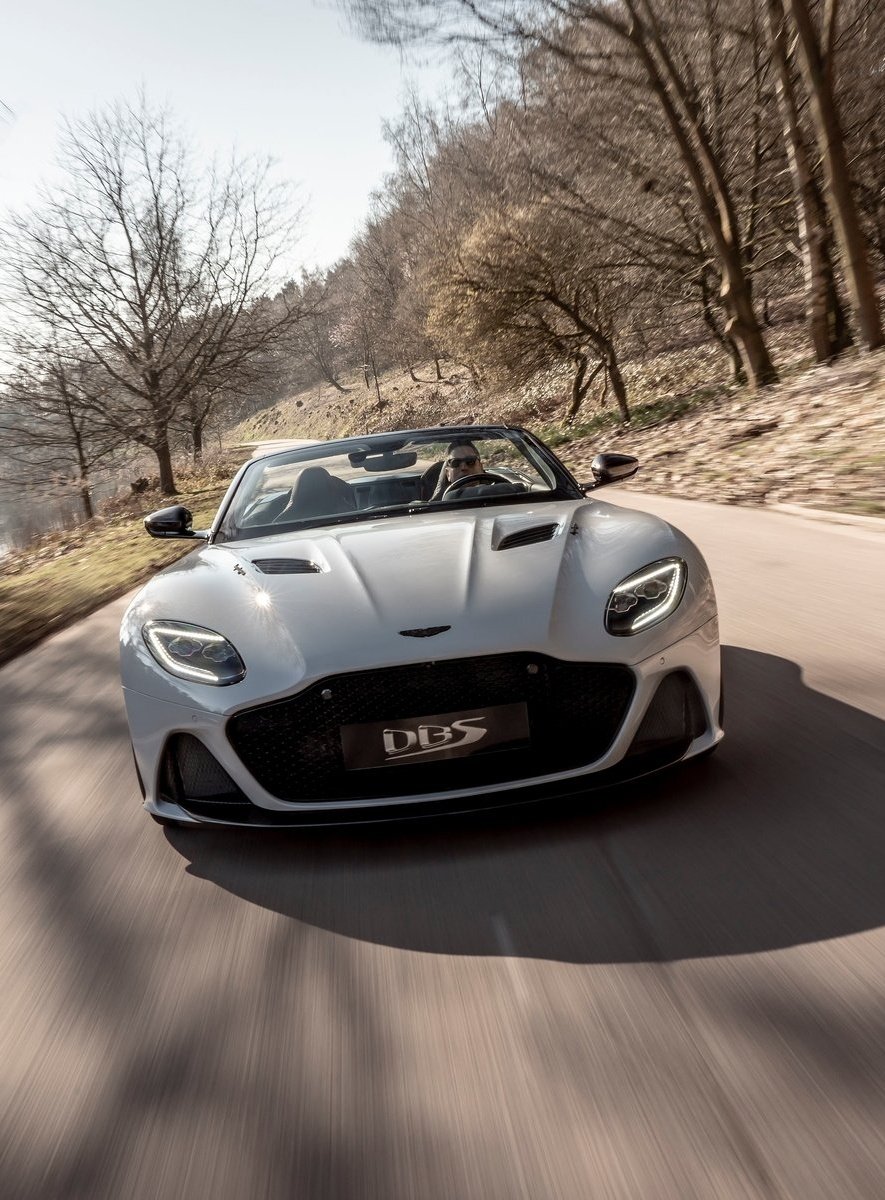 Behind the front wheels, the ‘curlicue’ allows air to escape and flow smoothly along the car’s flanks, while the double diffuser at the rear allows air to exit cleanly and neutralise lift as efficiently as possible. 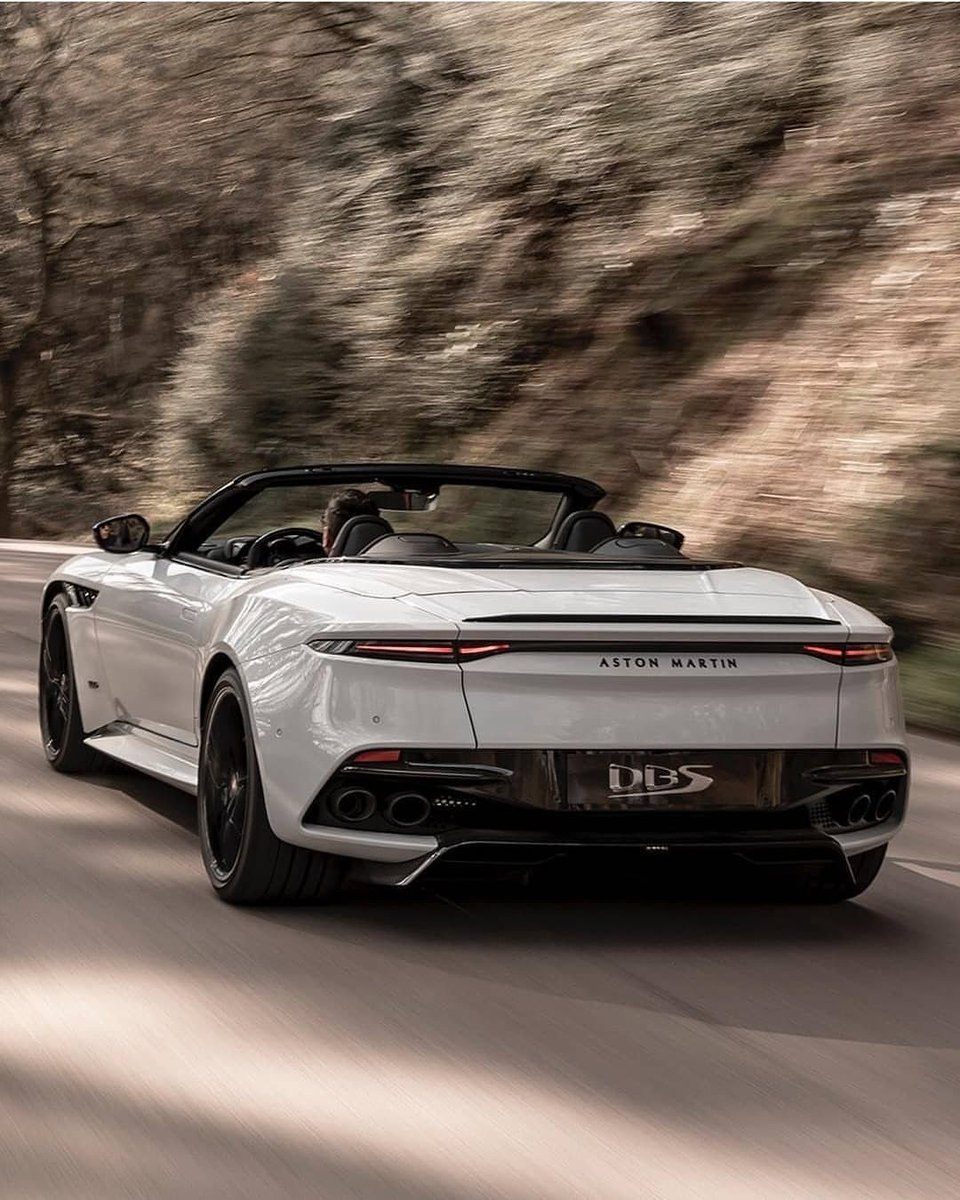 A revised iteration – to accommodate the Volante’s clothed roofline – of the revolutionary Aeroblade ll system continues to deliver additional downforce at the car’s rear. 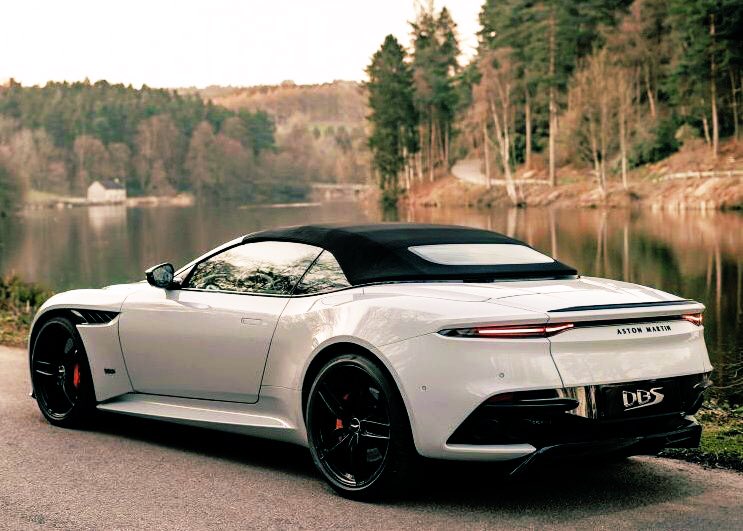 At VMAX, the DBS Superleggera Volante produces 177kg of downforce, just 3kg less than the coupe, an impressive feat when considering the car’s fundamental aerodynamic changes. 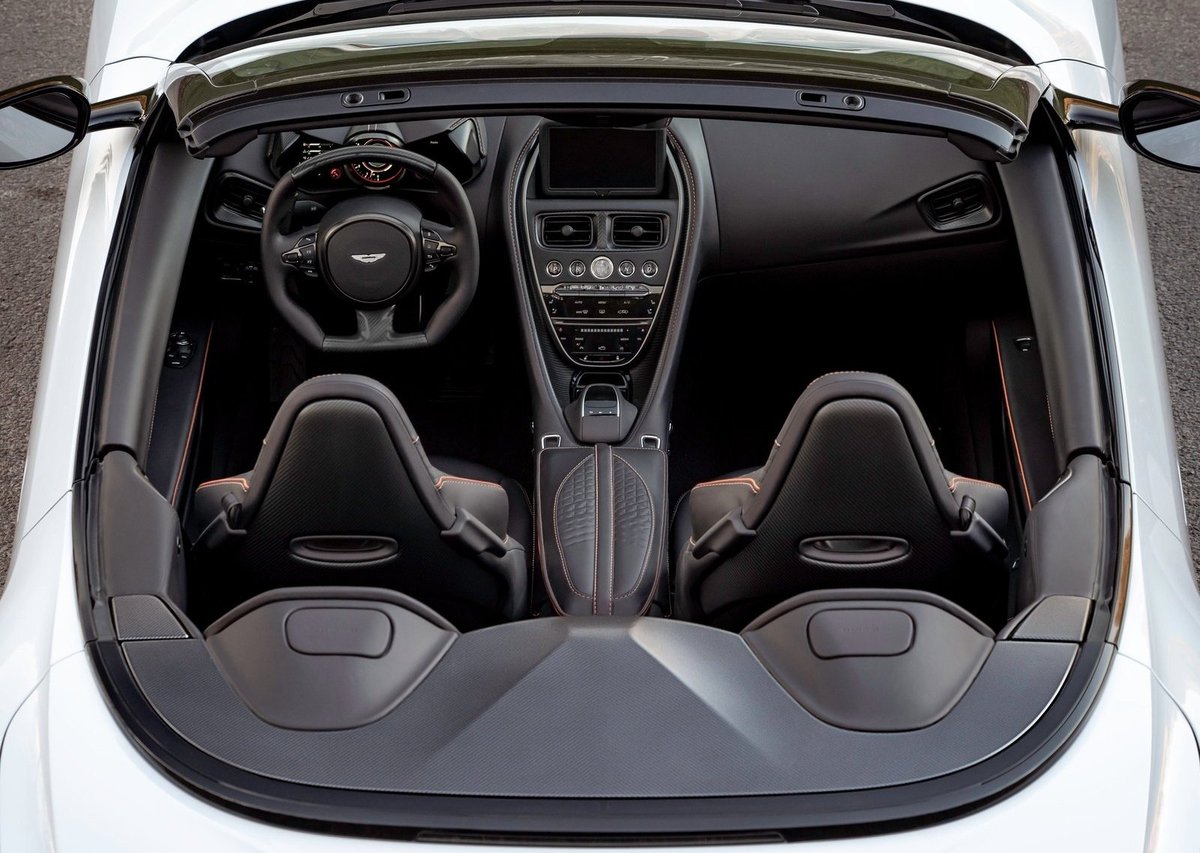 “DBS Superleggera produces a spectacular and relentless level of performance and so for the Volante, we focussed on bringing that extra level of sensory overload that only an open-top Super GT can deliver inside the cabin. With the unique dynamics, beautiful yet brutish design and the unmistakable harmonics of Aston Martin’s 5.2-litre V12 engine, we believe we have delivered a unique and unforgettable driving experience that is synonymous with the traditions of the Volante name.”, Executive Vice President & Chief Creative Officer Marek Reichman said.