A few days after Congress leader Hardik Patel was slapped at a public meeting in Gujarat, a picture started circulating on social media claiming that the man who slapped Patel is an aide of Rahul Gandhi.

The viral post is a compilation of two pictures, a man can be seen standing next to Rahul Gandhi. The post claims that he is the same person who slapped Hardik Patel.

When NewsMobile team fact-checked the viral image, we found out that it is fake.

The two men in the compilation are not the same.

When we reverse image searched the first picture, we found out that it was taken in 2016, during a roadshow in Allahabad. 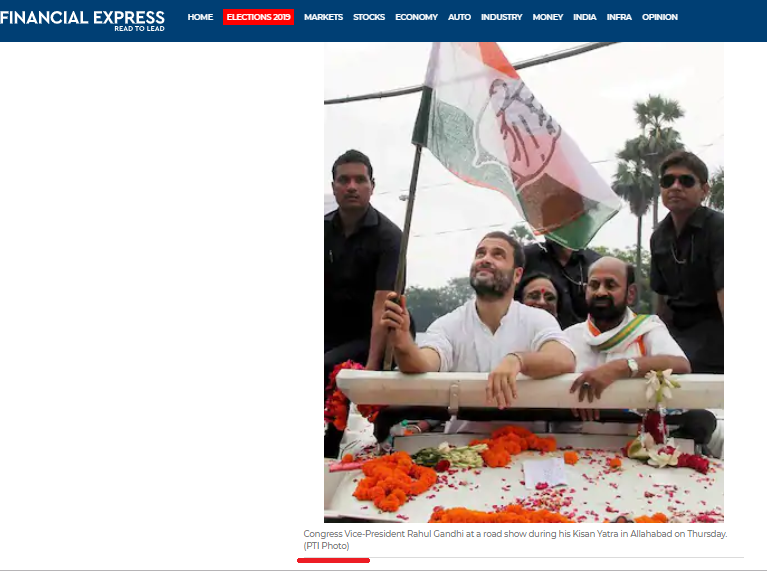 The man in this picture is the ex-MLA and Congress leader from Uttar Pradesh, Anugrah Narayan Singh.

In the above picture, he can be seen with Congress president Rahul Gandhi. However, this is not his official Facebook account.

Meanwhile, the man who slapped Hardik Patel has been identified as Tarun Gajjar. On April 19, news agency ANI also posted his quotes.

Tarun Gajjar: Then again during his rally in Ahmedabad when I had gone to get medicine for my child, everything was shut down. He shuts down the roads, he shuts down Gujarat whenever he wants to, What is he? Gujarat’s hitler? (2/2) https://t.co/QXo30wJmAB

This proves that the two men are different and the claim is FAKE.