Fact Check: This video of a man in burqa arrested by Sri Lankan police is OLD! | Newsmobile
Thursday, December 1, 2022

Following the deadly Sri Lanka terror blast, a video started making rounds on social media claiming that a Buddhist man dressed as a Muslim woman was caught by the Sri Lankan Police.

The video also has a watermark of “www.nethnews.lk” on it.

It was shared by multiple users on social media. 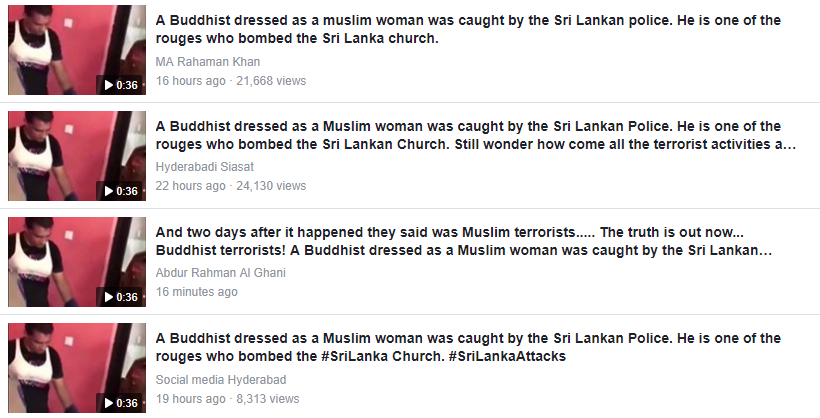 When NewsMobile fact-checked the video, we found out that the video was old.

The link written on the video led us to the website of Neth News. When we did not find the video in their latest videos, we decided to check their social media pages.

On their Facebook page, we found a post dated 22 April that had a screenshot of the video.

This video is circulating across the web at this moment, and see that this video is a video clip that was published on August 29, 2018.

The link to that story ”

The link led to a story dated back in 2018 and the title read “Man arrested for burglary in Rajagiriya (PHOTOS)”. 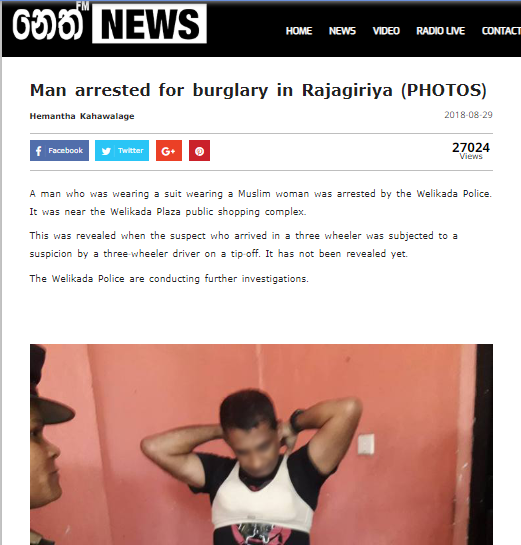 This proves that the video is FAKE.