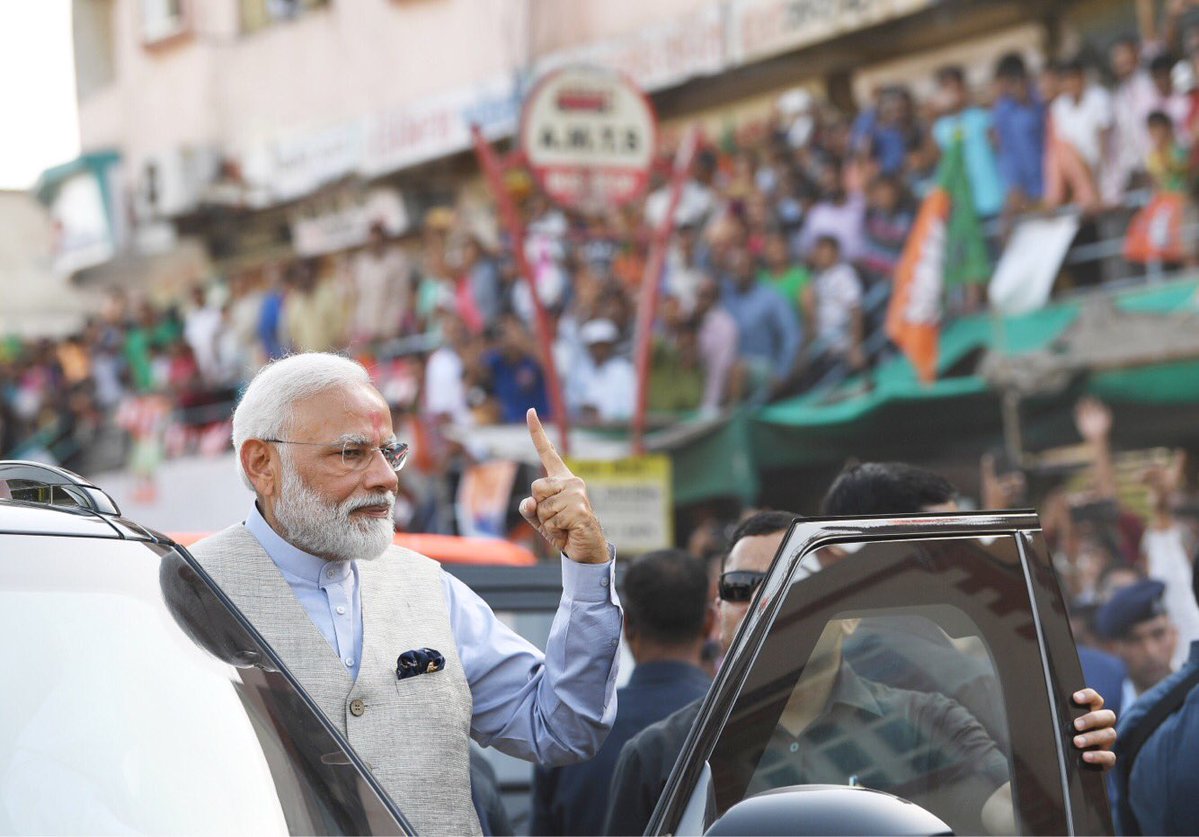 PM Narendra Modi cast his vote from Ahmedabad on Tuesday morning following which he said that the voter identity card of a person is more powerful than an improvised explosive device (IED) used by terrorists.

“The weapon of terrorism is IED and the strength of democracy is voter ID. I can say with surety that the voter ID is much much more powerful than an IED, so we should understand the strength of our voter IDs. I urge all to vote in huge numbers,” Modi told reporters after casting his vote here.

He said that first-time voters should exercise their franchise to make their future bright in the coming years.

“Today the third phase of polling is underway. I am fortunate that I also got the opportunity to fulfill my duty in my home state of Gujarat. Like you feel pure after a holy dip in Kumbh, one feels pure after casting vote in this festival of democracy,” the Prime Minister further said.

The Prime Minister cast his vote at a polling booth in Nishan Higher Secondary School in Ranip area in Ahmedabad. BJP president Amit Shah, who is the Lok Sabha candidate from the city was also present.

Earlier today, Modi urged the people to vote in record numbers in the third phase of the Lok Sabha elections that is underway in 116 constituencies spread across 13 states and 2 Union Territories.

“Urging all those voting in today’s Third Phase of the 2019 Lok Sabha elections to do so in record numbers. Your vote is precious and will shape the direction our nation takes in the years to come. I’ll be voting in Ahmedabad in a short while from now,” he wrote on his Twitter handle.

Urging all those voting in today’s Third Phase of the 2019 Lok Sabha elections to do so in record numbers. Your vote is precious and will shape the direction our nation takes in the years to come.

I’ll be voting in Ahmedabad in a short while from now.

Modi took a ride in an open SUV this morning as he made his way to cast his vote in the third phase of the national election. Surrounded by his bodyguards, the Prime Minister waved to a long line of people who waved back at him.

Sharing some more glimpses from Ahmedabad, where I voted. pic.twitter.com/AkBFKfiqHN

Earlier in the morning, the Prime Minister met his mother Heeraben Modi in Gandhinagar and sought her blessings, who cast her vote recently.

After voting, he walked in a procession on the streets of Ahmedabad.

All 26 constituencies in Gujarat, all 20 seats in Kerala, 14 each in Maharashtra and Karnataka, 10 in Uttar Pradesh, seven in Chhattisgarh, six in Odisha, five each in Bihar and West Bengal, four in Assam, two in Goa, one each in Jammu and Kashmir, Dadra and Nagar Haveli, Daman and Diu and Tripura are witnessing polling in the third phase of the General elections.

Counting of votes will take place on May 23.