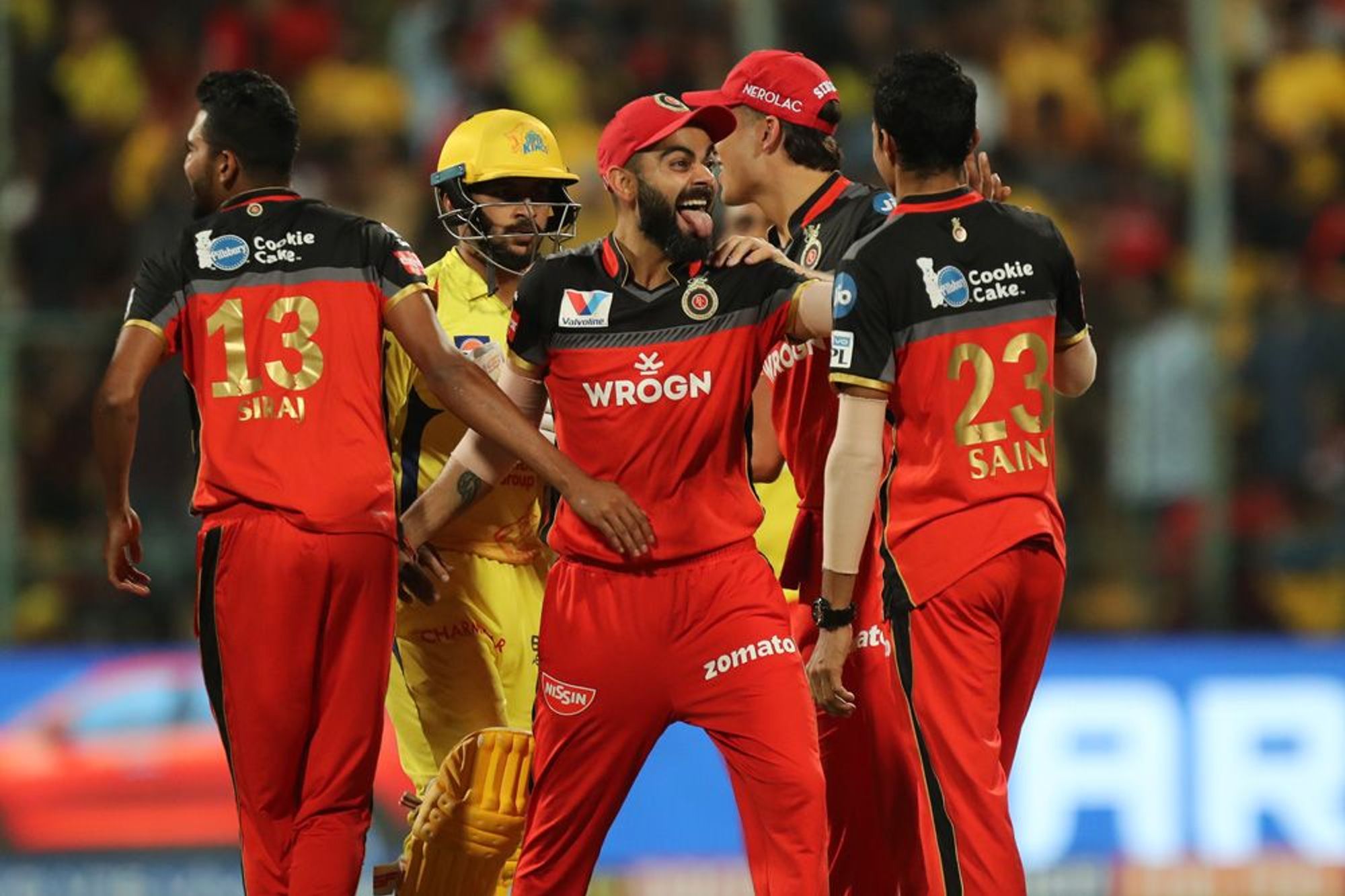 After a nail-biting end to the 39th match of the 12th edition of the Indian Premier League, it was Royal Challengers Bangalore who registered their second victory in the tournament after it defeated dominator Chennai Super Kings by just one-run.

Put into bat, RCB rode on opener Parthiv Patel’s 53 and cameos from several of their middle order batsmen to post a competitive total. AB de Villiers (25 from 19 balls), Akshdeep Nath (24 from 20 balls) and Moeen Ali (26 from 16 balls) made useful contributions to RCB’s total.

In the second half, Dale Steyn struck twice – off consecutive deliveries – in the first over to push the visitors’ on the backfoot. However, the CSK captain MS Dhoni gave life to the chase with an audacious 84 not out that almost did the job for his team. CSK, who needed 26 off the final over bowled by Umesh Yadav, managed 24 runs off the first five deliveries – courtesy Dhoni’s 4,6,6,2,6 – before Shardul Thakur was run out at the striker’s end attempting to steal a bye that would have levelled the scores and sent the match into the Super Over.