Rahul Gandhi will have to contest next election from a neighbouring country: Piyush Goyal | Newsmobile
Saturday, October 1, 2022

Home Battle For States Rahul Gandhi will have to contest next election from a neighbouring country:... 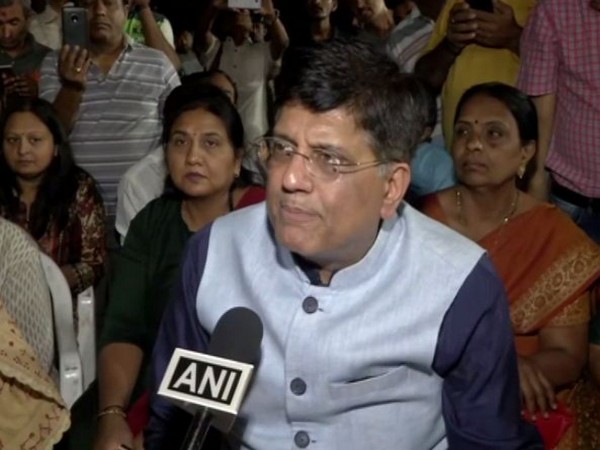 Union Minister Piyush Goyal said that for next elections Congress president Rahul Gandhi will have to find a seat in some neighbouring country because he is sure to face defeat in both the seats – Amethi and Wayanad – he is contesting from in the ongoing polls.

“In Amethi, Smriti Irani will defeat him (Rahul Gandhi) and he will also get defeated in Wayanad. He will have to find a seat in some neighbouring country for the next elections,” said Goyal.

The BJP leader alleged that Rahul Gandhi doesn’t have the courage to speak against the Left even though he is contesting against a CPI candidate in Wayanad.

ALSO READ: ‘All BJP has done in the last five years, is just…

“We have seen so many photos of Rahul Gandhi with Sitaram Yechury. He ran away to Wayanad when it appeared that he will get defeated by Smriti Irani in Amethi. In Wayanad he is contesting against the Left but he says he will not criticise them. He is so afraid. In a democracy, if a leader does not have the courage to speak against his opponents, he will not be able to serve the country,” said Goyal.

After filing his nomination from Wayanad earlier this month, Gandhi had said that he will not say a word against the CPM in his entire campaign. “I am here to send a message of unity,” he had told reporters. The Left Democratic Front has fielded prominent CPI leader PP Suneer to contest against Gandhi.

Responding to senior Congress leader and former Maharashtra CM Prithviraj Chavan’s remarks that the Prime Minister should not only apologise for nominating Pragya Thakur for the Bhopal seat but also withdraw her candidature, Goyal said, “I think Prithviraj Chavan should say sorry for Congress’ shameful act of terming the Hindu community as ‘terror’ thereby defaming a whole community.”

Endorsing Prime Minister Narendra Modi’s recent remark that Mayawati and Akhilesh Yadav’s ‘fake friendship’ will end on May 23 when election results will be out, Goyal said that the SP-BSP leaders pretend unity on stage but things are different off stage.

“Lalu Prasad is in jail because of the legal proceedings. He is accused of fodder scam and he must answer the people of the country. We have not kept him in jail,” he added.

Expressing confidence in his party coming back to power with a huge margin, Goyal said, “In 2014, in order to make Gujarat Chief Minister a Prime Minister, we took him everywhere. Now the public wants him to be the Prime Minister again. The level of excitement in the public shows that we will win with a greater margin.