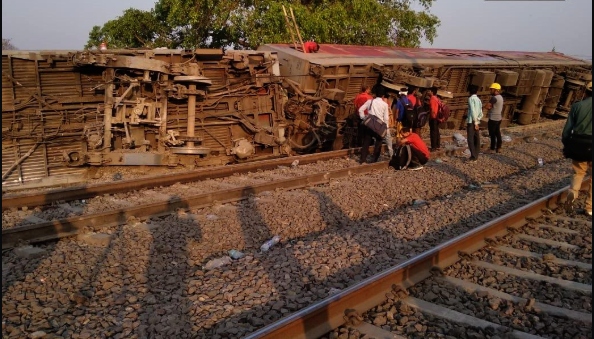 ALSO READ: Facts you may not know about Good Friday

“Restoration of Up line (Howrah to Delhi) line will take time, and may be restored in the evening at around 16:00,” said Chief Public Relation Officer (CPRO) of NCR.

“As per initial information received, 12 coaches including 10 passenger coaches, a pantry and power car got derailed out of which four have overturned,” Smita Vats Sharma, Additional Directorate General of Public Information, told ANI.

The following telephone numbers released by the Railways can be reached for information on the injured people.