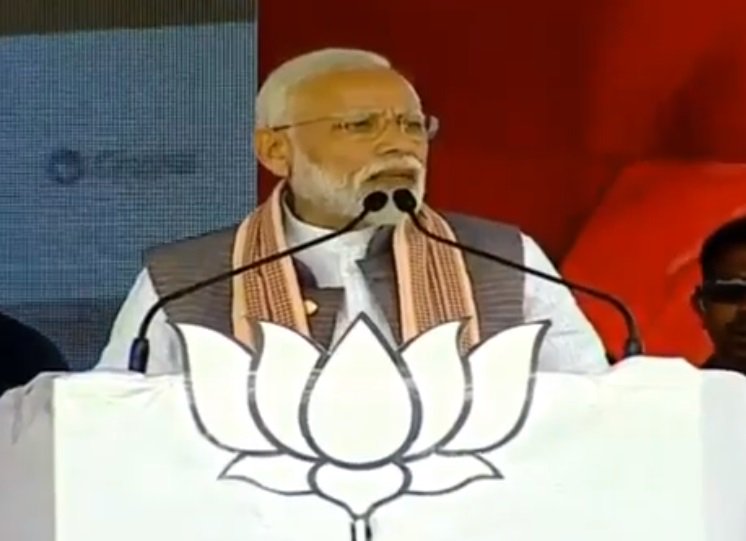 Prime Minister Narendra Modi on Wednesday announced financial aid for the people who have suffered due to heavy rain and storm in Gujarat, Rajasthan, MP, Manipur and other parts of the country.

PM Modi approved a financial aid of 2 lakh rupees for the next of kin of those who lost lives due to weather-related calamities.

An ex- gratia of Rs 2 lakh each for the next of kin of those who lost their lives due to unseasonal rain & storms in MP, Rajasthan, Manipur & various parts of the country has been approved from the PM’s National Relief Fund. Rs 50,000 each for the injured has also been approved.

The announcement met with criticism by Madhya Pradesh Chief Minister Kamal Nath who accused the Prime Minister of not extending similar help for victims of Madhya Pradesh.

Madhya Pradesh Chief Minister wrote on Twitter: “Modi ji, you are the PM of country, not only Gujarat’s. More than ten people have died because of lightning strikes amid unseasonal rain and storm in MP. But are your sentiments limited to Gujarat only? Even if you do not have a government of your party but people are here too.”

Unseasonal rain and storm created havoc in many parts of the country including Gujarat, Madhya Pradesh and Rajasthan.

31 people were killed in three states as rain and thunder storm caused by western disturbance hit parts of north India on Tuesday causing damage to property and crops, reports ANI.

Nine people lost their lives in different districts of Gujarat due to unseasonal rain and storm. As many as 16 people died across Madhya Pradesh in the last two days while six died in Rajasthan.