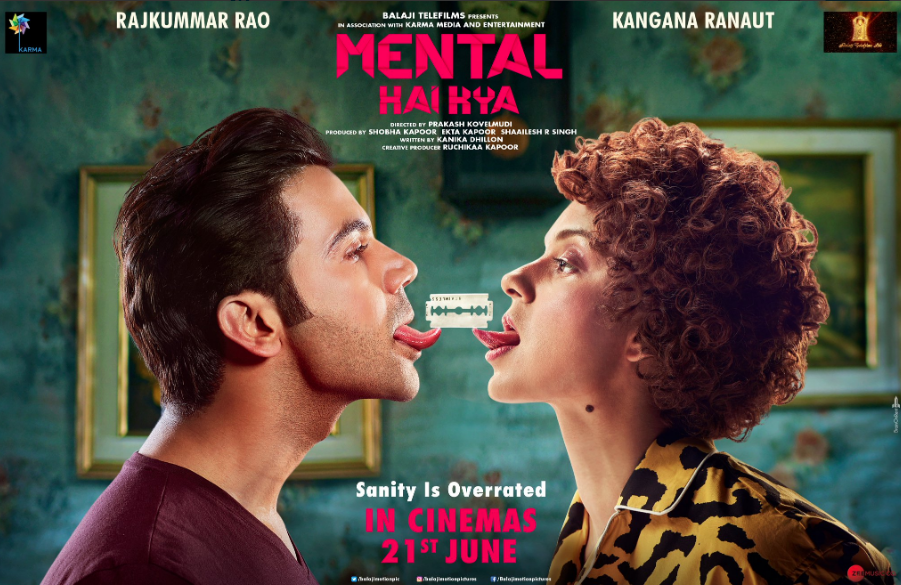 After their successful collaboration in the film ‘Queen’, Kangana Ranaut and Rajkummar Rao are set to share screen space again in their upcoming film, ‘Mental Hai Kya’.

The makers have unveiled a motion poster of the film on Wednesday. The release date has also been mentioned in the motion poster and the film is slated to release on June 21, 2019.

The film also stars Amyra Dastur who will reportedly be seen playing Rajkummar’s love interest in the film along with Kangana Ranaut.