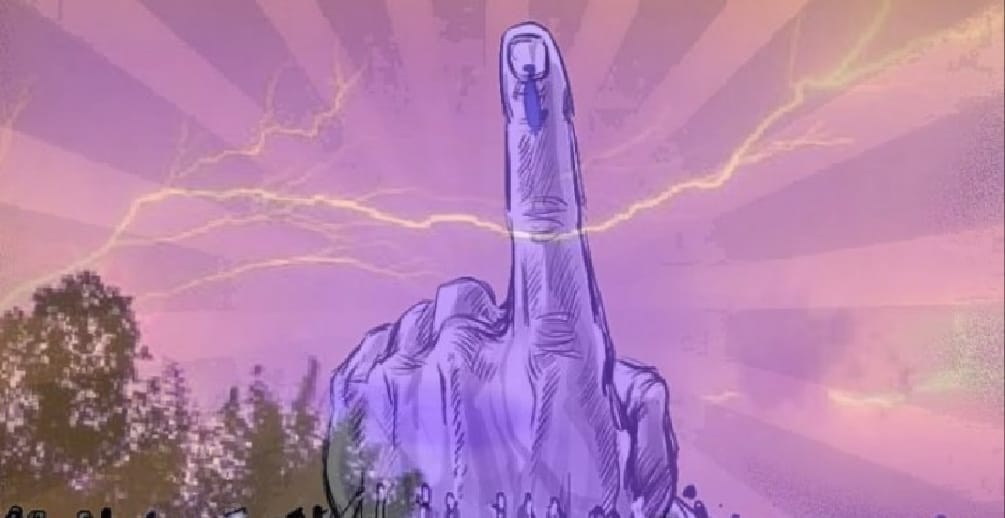 In the second phase of polling in the ongoing 17th Lok Sabha election, 97 constituencies across 13 states and Union Territories (UTs) will witness voting on 18 April.

Let us have a look at the weather conditions over different states of Lok Sabha Elections 2019, Phase 2:

1 – Jammu and Kashmir: After witnessing widespread rain and thundershowers with snowfall, the state of Jammu and Kashmir will witness pleasant weather conditions on April 18. Srinagar may witness isolated patchy rains but weather in Udhampur will remain almost dry and pleasant.

4 – Chhattisgarh: Weather in this state will remain almost dry but few southern districts may witness isolated rains. The day temperatures of Rajnandgaon, Mahasamund and Kanker will settle between 36˚C and 38˚C.

5 – Odisha: Except few interior parts of Odisha which might observe light rains, weather over the state will remain dry and very warm with maximums hovering in mid-30’s. Bargarh, Sundargarh, Bolangir, Kandhamal and Aska are the constituencies included in this phase.

6 -Bihar: Weather over Katihar, Purnia, Bhagalpur and Banka will remain dry and hot. Whereas, Kishanganj situated in the foothills may observe patchy light rains. Day temperatures over these constituencies will hover between 37˚C and 39˚C.

7 – West Bengal: Scattered rains will continue over parts of Gangetic West Bengal and Sub-Himalayan West Bengal including Jalpaiguri, Darjeeling and Raiganj. Maximums will range between 34˚C and 36˚C.

8 – Assam: Rains will continue in parts of Karimganj, Silchar, Autonomous district, Mangaldoi, and Nawgong during the later parts of the day. However, weather will still remain hot and humid during the voting time.

9 – Manipur: Similar rainy conditions will be seen in Inner Manipur as well.

10 – Tripura: Rains will also cover parts of Tripura East, during late afternoon or evening hours. But weather conditions will be unpleasant during the day.

13 – Puducherry: Being a coastal region, weather over Puducherry will remain hot and humid.

Thus, we can say that weather wise, almost all the places in India will be observing normal weather conditions without much disruption. Results for all the 543 Lok Sabha seats will be declared on May 23.