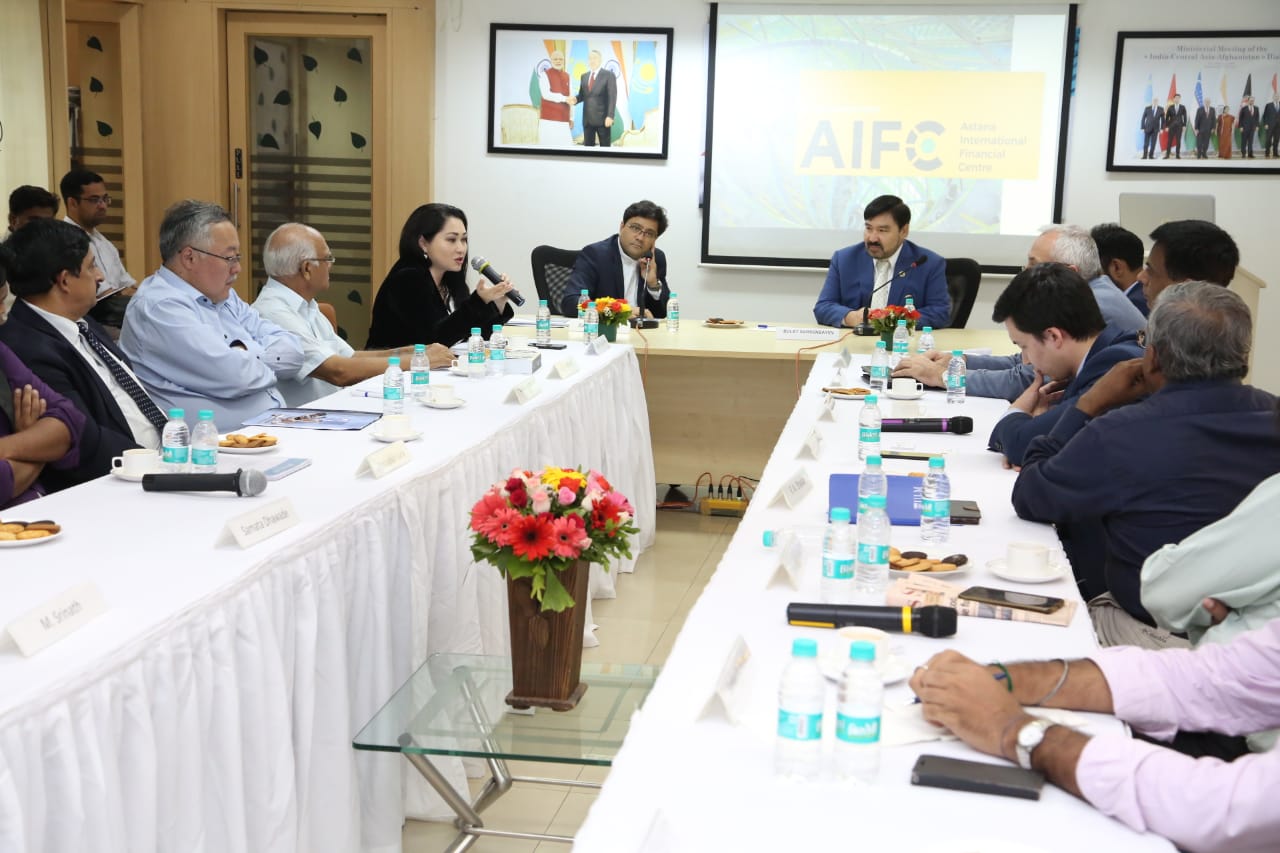 The round table on the capabilities of Astana International Financial Center was held on April 16, 2019 in Observer Research Foundation (ORF).

The event, held with the support of the Embassy of Kazakhstan in India, was attended by members of major Indian think tanks, representatives of business and academic circles of India.

Speaking to the participants of the event, AIFC Head of Global Markets Amina Turgulova, Deputy Head of AIFC Business Development Group Nursultan Serikbay and Director of the Asian Studies Institute Sultan Akimbekov spoke about the key features of the financial center, its structure, goals and benefits.

Akshay Mathur, Chief Executive Officer, Director of Research of Gateway House, praised the positive successes of Kazakhstan in the international arena and noted that the creation and operation of the AIFC will give additional impetus to the economic development of the country and the region as a whole.

During the discussions, participants exchanged their views and discussed mutually beneficial options for cooperation.
On the margins of the round table AIFC held negotiations were with the management of the General Insurance Corporation of India – GIC. The prospects for cooperation between the AIFC and GIC in business risk reinsurance area were discussed. In particular, the parties discussed the proposal of the Embassy of Kazakhstan to establish Astana-Re company on the AIFC site, which would be the first company in the history of Kazakhstan and Central Asia to reinsure business risks. The GIC leadership has once again confirmed its participation in the 12th Astana Economic Forum and readiness to continue negotiations on cooperation with AIFC and sign the Agreement during the visit of its delegation to the capital of Kazakhstan in May, 2019.

Kazakhstan, with its vastness of resources and strategic considerations, launched the AIFC in 2018 to be a financial hub for the whole region. An initiative of the First President of Kazakhstan Nursultan Nazarbayev, the AIFC features a modern stock exchange – AIX – whose shareholders include NASDAQ, Shanghai Stock Exchange, Silk Road Fund and Goldman Sachs. The Centre’s main areas of activity include capital market development, asset management, private wealth management, Islamic finance, new financial technologies.

The principles of English law are introduced in the post-Soviet space for the first time, and the official language of the financial center is English.

The AIFC established a regulatory regime that follows international standards (IOSCO, Basel, IAIS, FATF, etc.) to ensure fairness, transparency and efficiency of the financial market, protect the interests of investors and customers of financial services, and minimize systemic risk.

The International Arbitration Center (IAC) provides an independent, cost-effective and operational alternative to litigation, acting in accordance with the best international standards for resolving civil and commercial disputes in the AIFC.

A large-scale privatization program in Kazakhstan opens up great opportunities for global investors.

The Astana International Exchange will become the main platform for the privatization of national companies in the framework of the implementation of the Comprehensive Privatization Plan for 2016-2020.

More than 150 companies from 18 countries are already represented in AIFC.