With 2019 Lok Sabha elections underway, here are all the latest updates of the biggest festival of Democracy from across the country at one stop. 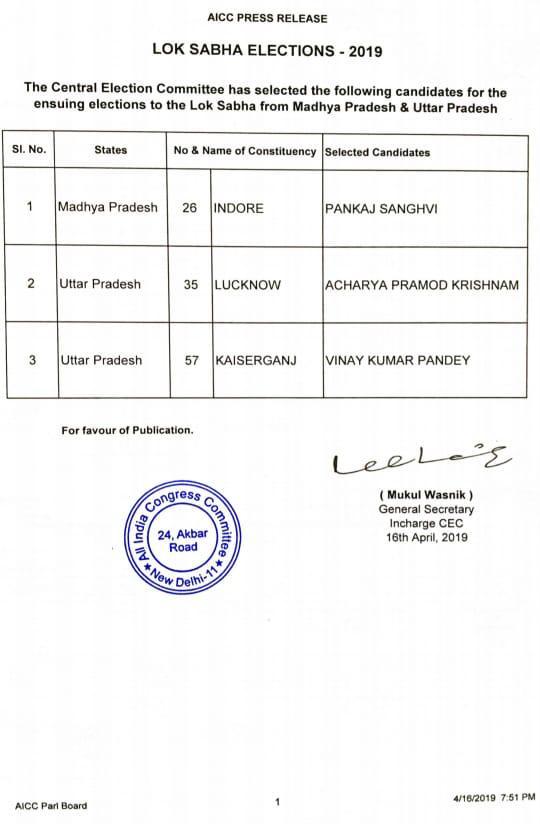 #BREAKING | Polling in Tripura East Lok Sabha constituency has been deferred from April 18 to April 23 due to security reasons #LokSabhaElections2019 pic.twitter.com/e1wOrHkdpg

PM @narendramodi in Bhatapara, Chhattisgarh: These people are crossing limits daily, according to them anyone whose name is Modi is a thief, what kind of politics is this? They have labelled a whole community as thieves only to get some applause, just to insult your ‘chowkidar’. pic.twitter.com/GUulo4dNlE

Lok Sabha polls in Tamil Nadu’s Vellore constituency has not been cancelled: ECI

Defence Minister @nsitharaman visits Congress leader @ShashiTharoor at the hospital in Kerala’s Thiruvananthapuram, where he was admitted after he got injured while performing a ritual at a templehttps://t.co/e3j1AzcoAg pic.twitter.com/7XExGX2wS4