Home Home Slider Fact Checked: This picture is from Bangkok and not from NaMo’s rally
ShareTweetGoogleWhatsappPrint
Mail

A picture has gone viral on social media claimed to be from BJP’s rally in West Bengal’s Cooch Behar.

ALSO READ: No! Wing-commander Abhinandan never made this appeal

When NewsMobile team fact-checked the following claim, we found out that it was fake.

When we put the image through Reverse Image search tool, we found the original picture in Yandex.

The image was posted by DMC TV. The Global Buddhist Network, previously known as the Dhammakaya Media Channel is a Thai online television channel concerned with Buddhism.
The picture was posted back in 2015 and the title read – “Ten Thousand Monks Receive Alms at Samut Sakhon” 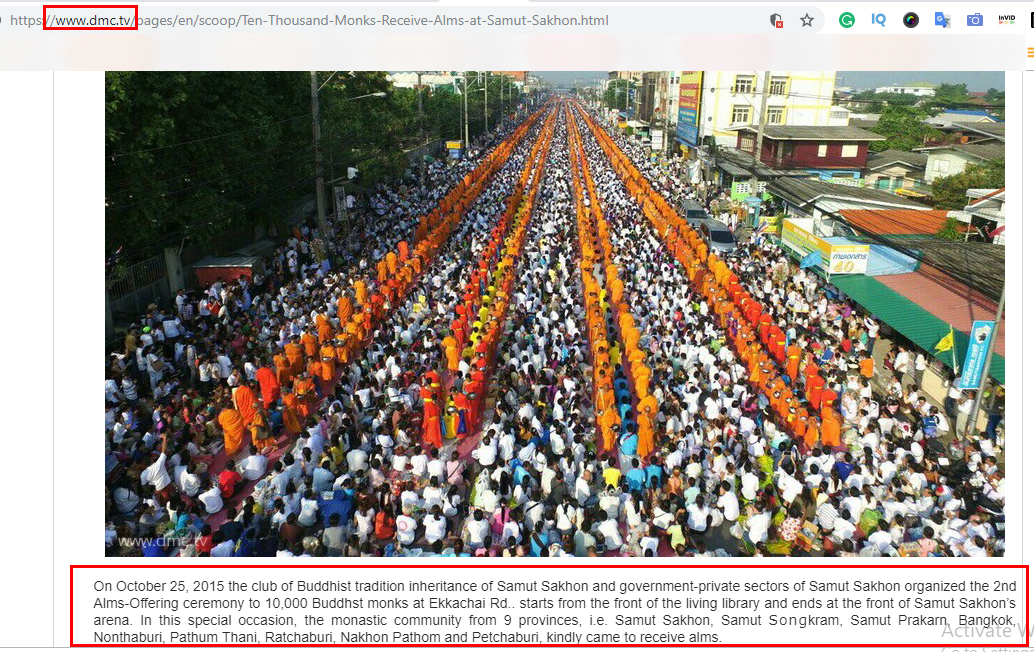 This proves that the above picture is not from a rally but of Buddhist Monk carrying alms.