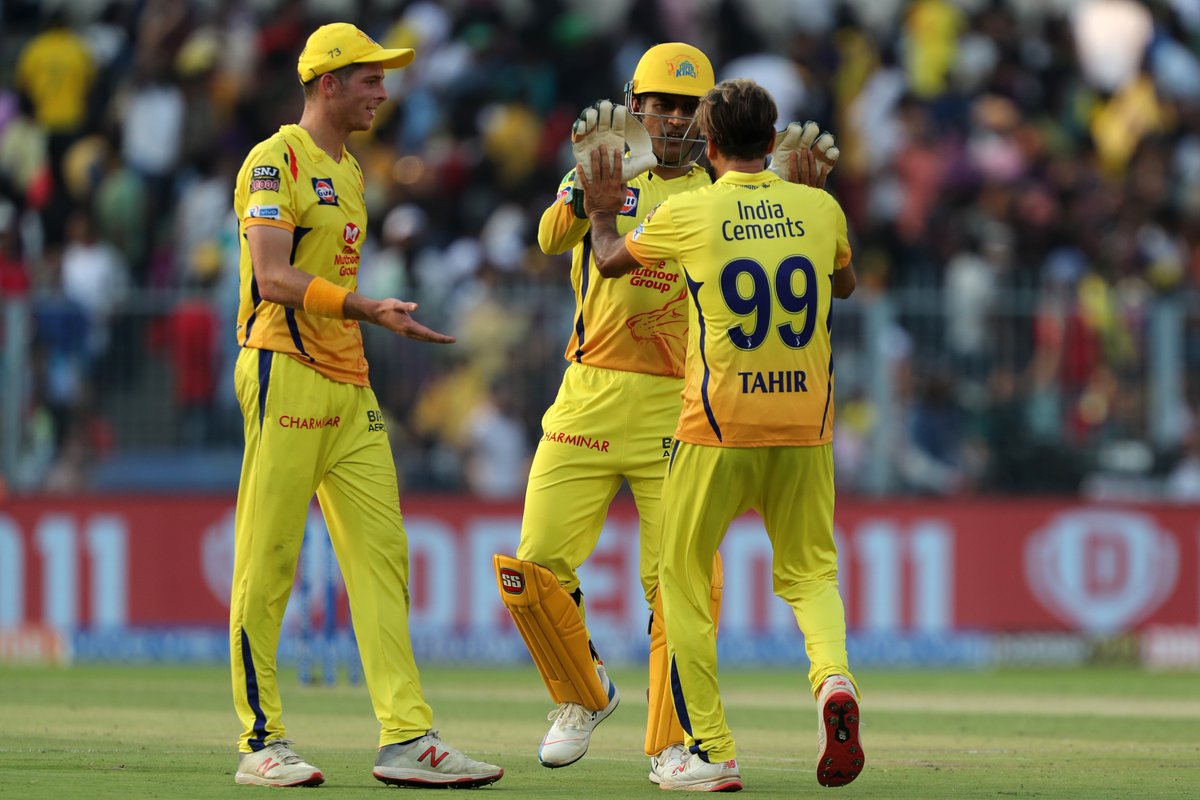 Suresh Raina scored a half-century and shared a match-winning stand with Ravindra Jadeja, who contributed with a fearless 17-ball 31 as Chennai Super Kings outclassed Kolkata Knight Riders by five wickets at Eden Gardens in Kolkata on Sunday.

Earlier, Imran Tahir claimed his IPL-best figures of 4/27 to help CSK restrict KKR to a 161 for eight in their allotted 20 overs. The visitors chased down the target with two balls to spare, with Suresh Raina unbeaten on 58 and Ravindra Jadeja not out on 31.

This was also their first win at the Eden Gardens since 2013 as they did a double on KKR who suffered a hat-trick of defeats for the first time since 2014 and set to slip out of their second place in the table.

Incidentally, 161 is their lowest score at the Eden this season. KKR next face Royal Challengers Bangalore here on April 19.

Sunil Narine was the pick of KKR bowling with figures 2/19 that included a wicket-maiden when he cleaned up Faf du Plessis (24) to end the powerplay.

But Raina held on at the other end with significant partnerships including a 40-run stand with skipper MS Dhoni.

It all seemed a walk in the park for CSK when Narine gave the biggest breakthrough dismissing Dhoni for 16 with team’s score of 121/5, needing 41 runs from 26 balls. But Raina held his nerves while Jadeja gave the finishing touches.

Tahir removed an ominous-looking Chris Lynn (82 off 51 balls; 7×4, 6×6) and in a space of four balls removed the dangerous Andre Russell (10) for the first time under a score of 40 this season to put brakes on their scoring.

But it was a different script for KKR early on with a fit-again Lynn giving them a flying start en route to his second fifty this season that came off just 36 balls.

Such was Lynn’s dominance that the otherwise explosive Sunil Narine looked like a spectator at the other end with the Aussie having a share of 31 off 33 runs in the first four overs.