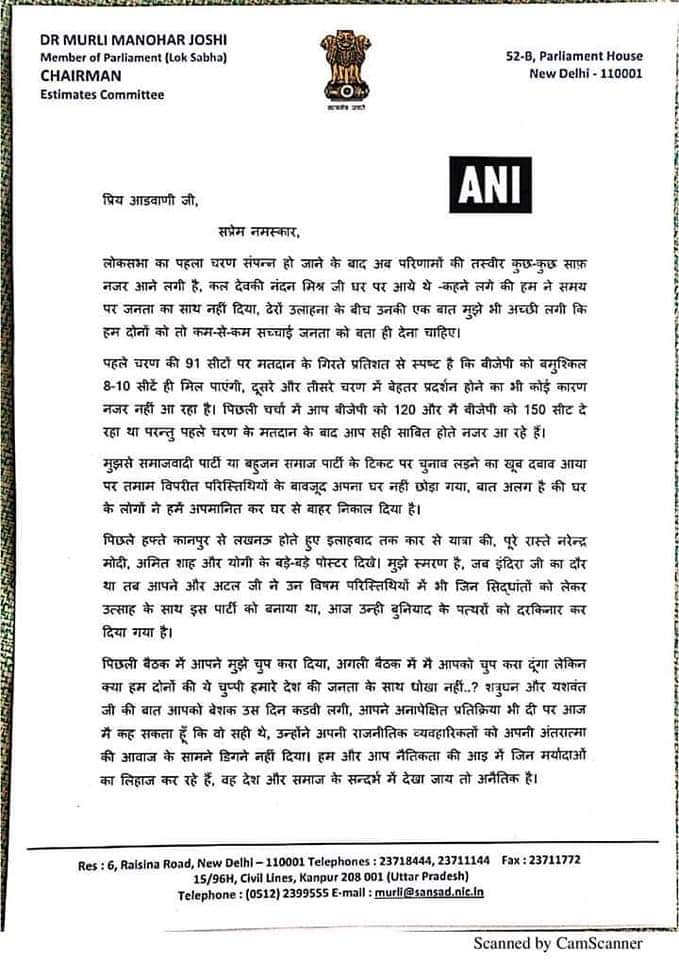 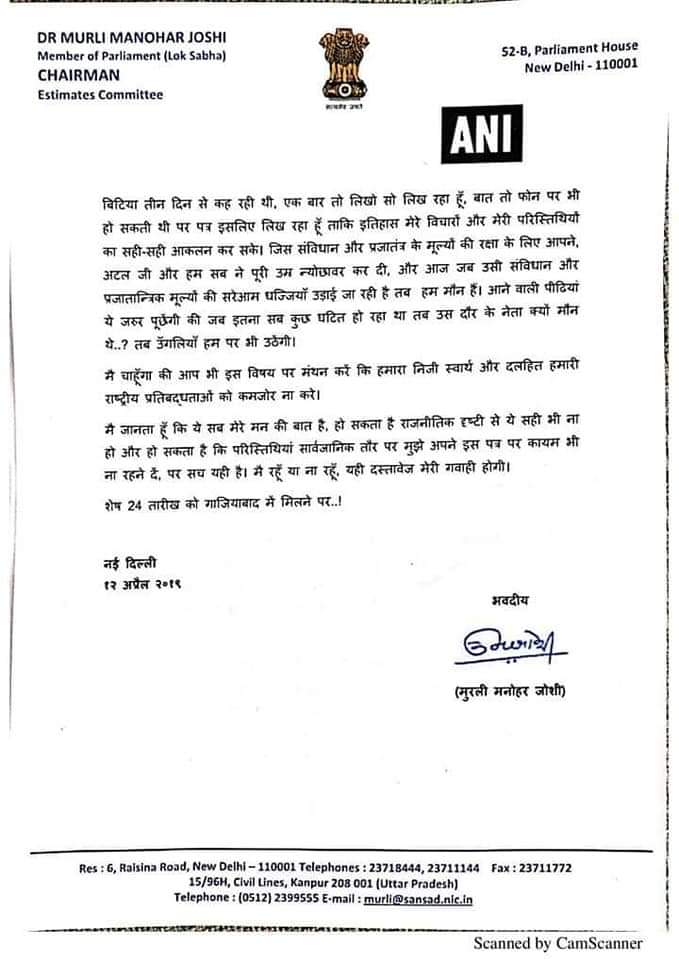 The letter, which was written in Hindi translates to the following in English-

After the completion of the first phase of Lok Sabha polls, the picture of the results is seemingly clear. Yesterday, Devaki Nandan Mishra had come to our house, he said that we did not stand by the people at the hour of need, and in the various complaints that he placed, I did stand in agreement to one thing- that at least you and I must tell the truth to the public.

The falling percentage of estimated seats within the 91 seats that have been polled for in the first phase reflect that BJP will, with great difficulty, get only 8 to 10 seats. I see no reason that this picture will improve even in the second and third phases. In our last discussion, you had estimated 120 seats for BJP and I had estimated 150, but after the first phase, it seems like you were right.

I had been offered to fight from Samajwadi Party and Bahujan Samaj Party but even in these adverse circumstances I did not want to leave my home. It is a different matter altogether that our own people have insulted us and thrown us out of our home.

Last week, while travelling from Kanpur to Allahabad via Lucknow by car, I saw larger-than-life posters of Narendra Modi, Amit Shah and Yogi. I distinctly remember how under the adverse circumstances of Indira ji’s regime, you and Atal ji consolidated the party on our shared principles with great fervour, but today the foundation stones of that party have been set aside.

In the last sitting, you silenced me, and probably in the next one, I will ask you to remain silent, but isn’t our silence a betrayal towards the citizens of this country? You may have been hurt by Shatrughan’s and Yashwant’s words that day, you even responded in an unexpected manner, but today I feel that they were right, they did not let their political pragmatism be shaken by their inner voice. The limits that you and I are respecting in the name of morality, is immoral today in the context of the society.

My daughter had been insistent since the last three days that I write to you, hence I am obliging her. This could be said over phone, but I’m writing to you so that history records my ideas and my circumstances in the right manner.

The values of the constitution and democracy, which you, Atal ji and all of us have spent our lives defending and safeguarding, are being publicly disrespected, and we are silent. The coming generations will definitely ask- when all this was happening , were the leaders of that time silent? Then the fingers will be raised at us as well.

I hope that you too will reflect on this subject that our selfishness for the well-being of the party does not get in the way of our commitment towards our nation.
I know that all of this is my personal reflection, and it may not be politically correct, and that circumstances may force me to not stand by whatever I have stated in this letter, but this is the truth. Whether I live or don’t, it is this document that will be my witness.

We will discuss the rest on 24th at Ghaziabad.

The screenshots were shared on social media extensively. 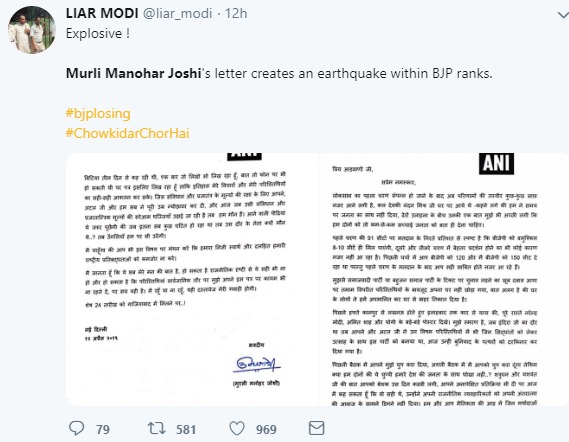 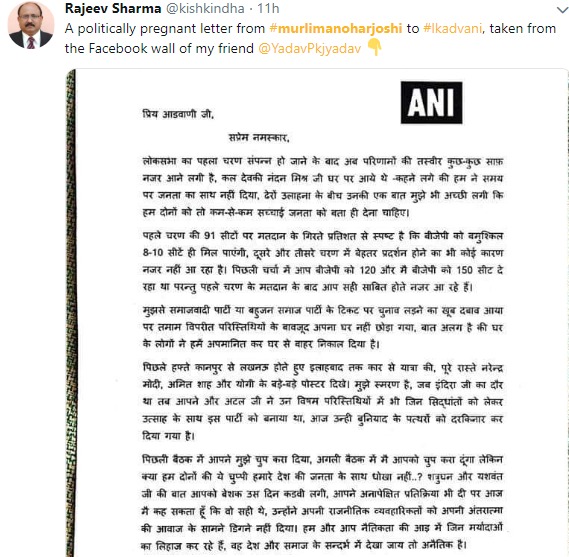 When we check this claim, we found out that it was fake.

News agency ANI itself tweeted their statement saying that the ANI watermarks on the letters are fake and ‘no such letter exists’.

Statement: Screenshots of BJP MP Murli Manohar Joshi statement on his letter head is circulating on WhatsApp and Twitter with an ANI watermark. No such letter exists. This is fake.

Hence the letter is fake and do not believe the contents of the letter.