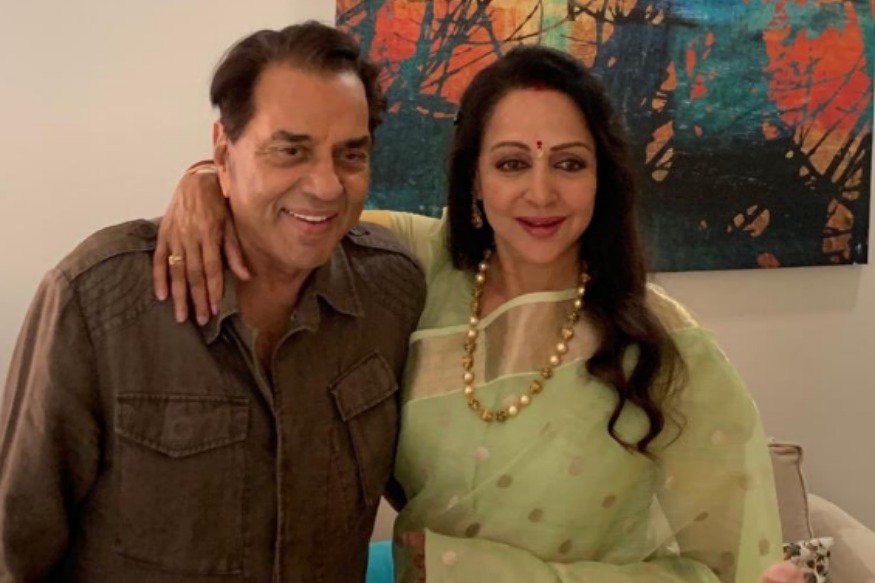 Actress and BJP’s Mathura MP Hema Malini was happy to have her husband, veteran actor Dharmendra, campaign on her behalf for a day in her constituency.

“Today is also a special day for me! Dharamji is here in Mathura to campaign for a whole day on my behalf. The public is waiting eagerly to get a glimpse of him,” Hema tweeted on Sunday along with a photograph in which the couple is all smiles.

ALSO READ: BJP ministers would have stepped down if there were any corruption charges against them: Rajnath Singh

“A photo taken in my house in Mathura just now before we leave for campaigning.”

The actress’ campaign has been inspiring jokes and memes galore on social media.

Her farm woman avatar, wherein she joined farmers and tried her hand at cutting the wheat crop in this region in Uttar Pradesh, invited not just scorn from the opposition but also the tag of ‘drama girl’ over the ‘dream girl’ she has been known as.