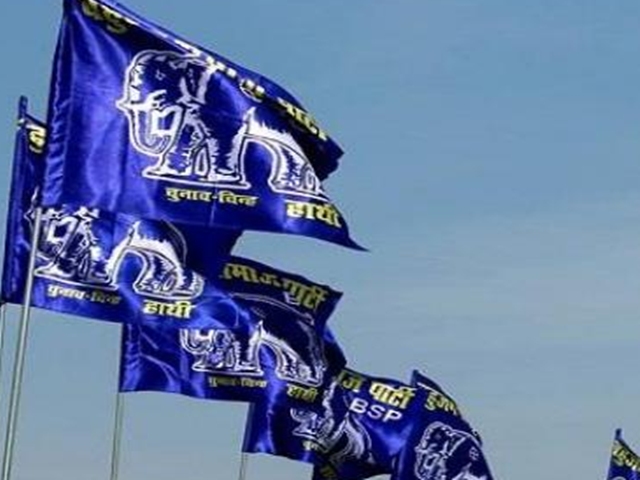 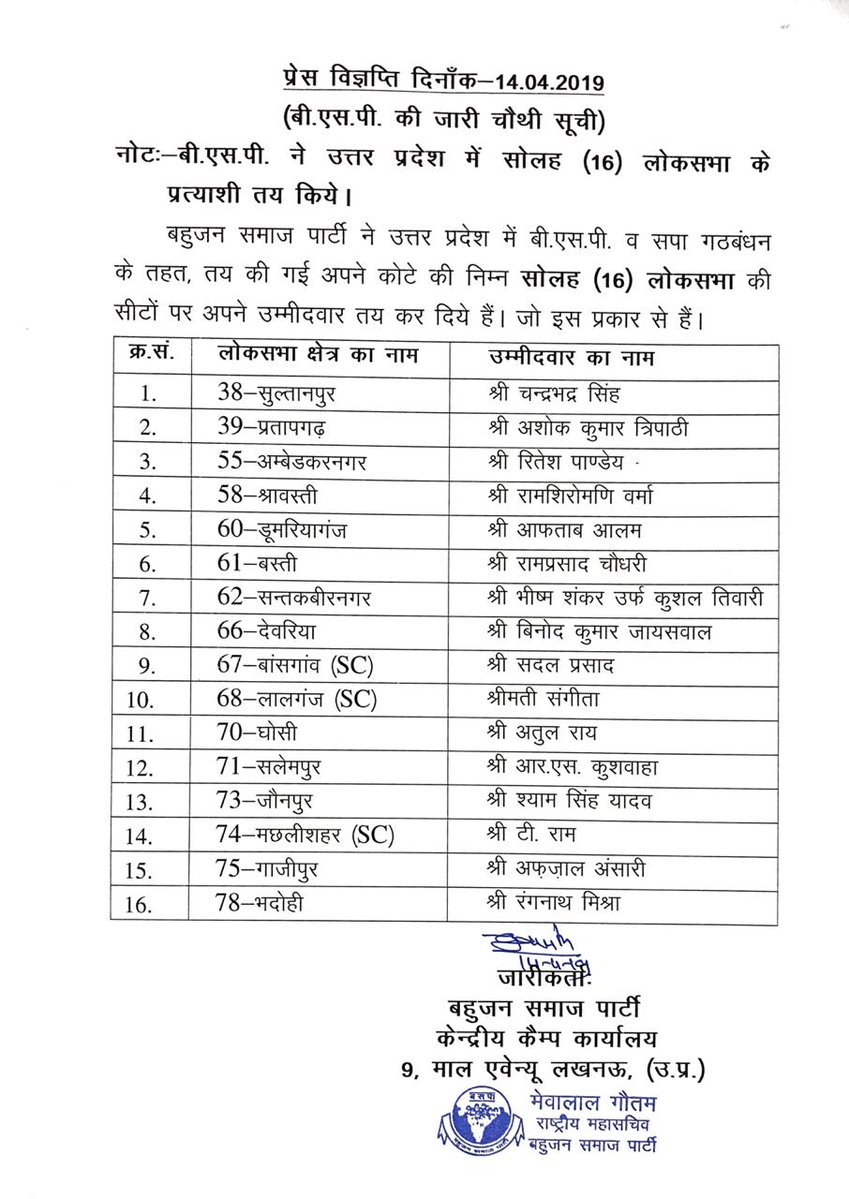 In the 2004 Lok Sabha elections, Afzal had defeated Sinha.

Meanwhile, the BSP has fielded Chandrabhadra Singh from Sultanpur, Ashok Kumar Tripathi from Pratapgarh, Ritesh Pandey from Ambedkar Nagar, Ramasheromani Verma from Shravast, Aftab Aalam from Dumariyanganj, Ramprasad Chaudhary from Basti, and Bhishm Shankar from Santkabir Nagar among others.

There are 80 Lok Sabha seats in Uttar Pradesh where SP, BSP, and RLD are contesting in an alliance. The SP will contest on 37 seats, BSP on 38 and RLD on 3 seats. The alliance has left two seats, Rae Bareli and Amethi, for the Congress.

The 17th Lok Sabha elections are being held in seven phases from April 11 and will go on till May 19. The polls in Uttar Pradesh will be held in all seven phases. Counting of votes will take place on May 23.