Pakistan: At least 16 people killed in a blast in Quetta | Newsmobile
Monday, January 30, 2023

Home Home Slider Pakistan: At least 16 people killed in a blast in Quetta 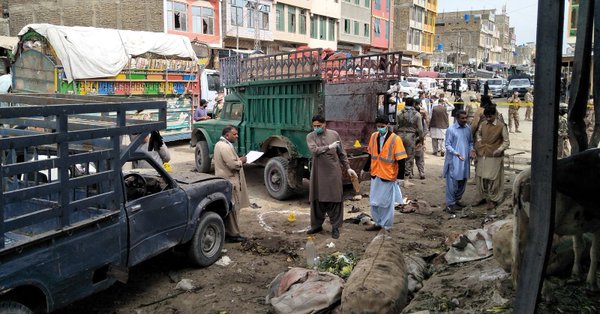 At least 16 people were killed and a dozen suffered injuries after an improvised explosive device (IED) exploded in a vegetable market of Quetta on Friday.

DIG Quetta Abdul Razaq Cheema told the media that 16 people, including a Frontier Corp (FC) official, lost their lives in the blast which was targetted at the Hazara community.

Thirty others were injured and were undergoing treatment. Four FC personnel were also among the injured, the official added.

The death toll is expected to rise.

The police and rescue workers who reached the spot are carrying out rescue operations.

The group responsible for the attack is yet to be ascertained.