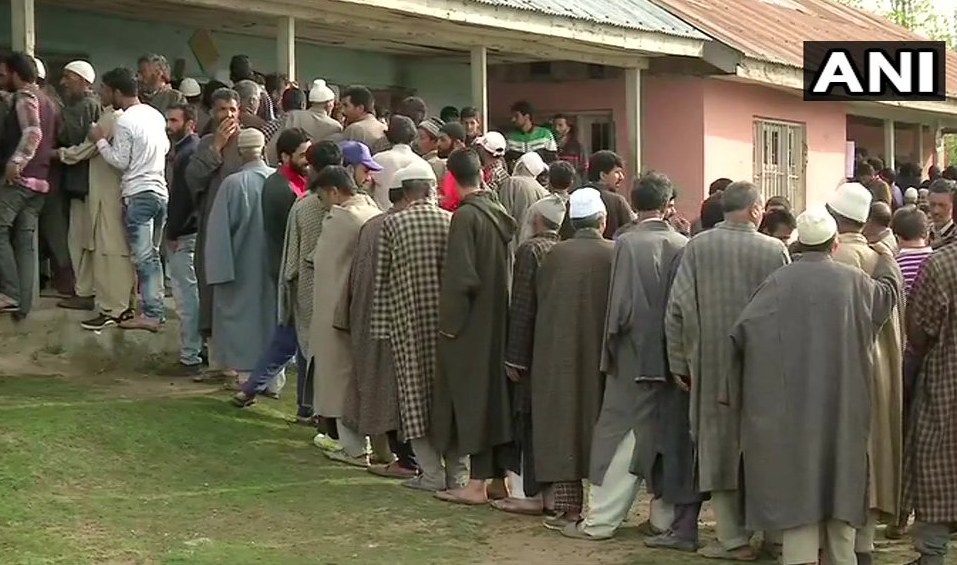 Peaceful polling was conducted in two of the total six constituencies of Jammu and Kashmir in the first phase of elections on Thursday.

Votes were polled in Jammu parliamentary constituency of Jammu division and Baramulla constituency of Kashmir division, where 72.19 percent and 35.01 per cent polling was recorded respectively.

Sharing details of the voting, Shailendra Kumar, Chief Electoral Officer, Jammu and Kashmir said, “Total voting percentage in Jammu was 72.19 per cent and 35.01 per cent in Baramulla. Polling was peaceful and incident free in both divisions. We congratulate all candidates, political parties, voters, police, and paramilitary forces.”

Total voters eligible for casting votes in the two parliament constituencies were around 33,17,882. There were 33 candidates in fray, with Nine in Baramulla and 24 in Jammu.