Home Sports Cricket Jos Buttler ‘not sure’ if Dhoni ‘did the right thing’ by barging... 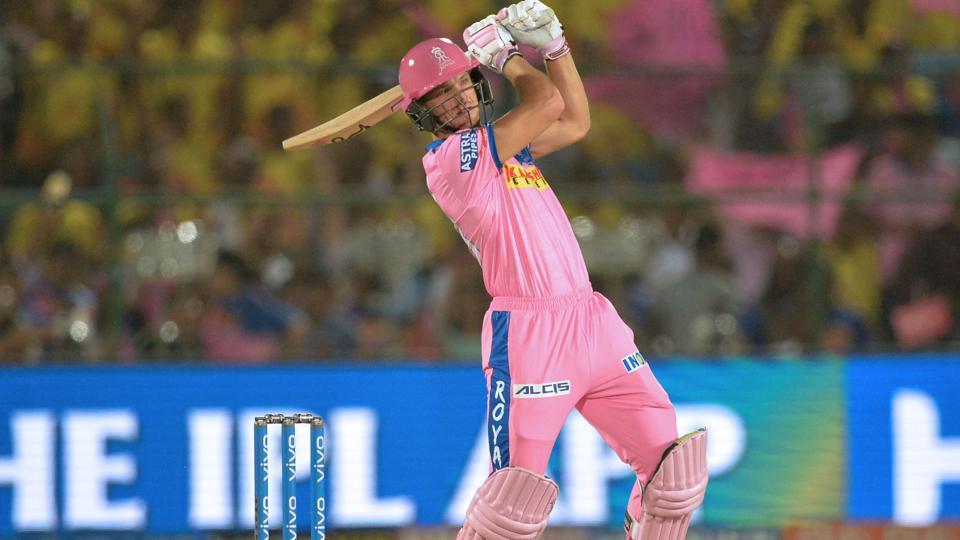 Rajasthan Royals wicket-keeper batsman Jos Buttler on Friday said he is not sure if Chennai Super Kings (CSK) skipper MS Dhoni’s decision to barge into the field midway during the match was the right thing to do.

“I am not sure if that is the right thing to do or not, obviously tensions are running high in the IPL, every run counts, it was a big moment in the game, but whether stepping on the pitch is quite right, probably not,” ESPN Cricinfo quoted Buttler as saying.

Following Dhoni’s dismissal in the final over of Thursday’s IPL clash, RR’s Ben Stokes bowled a high-full toss delivery to Mitchell Santner. While umpire Ulhas Gandhe was about to signal the delivery as a no-ball, Bruce Oxenford, standing at square leg, said it was a legitimate delivery. The opposing views of the two umpires sparked off an argument between them, Santner and Ravindra Jadeja on the field.

Dhoni played a knock of 58 runs off 43 deliveries in the match between Rajasthan and Chennai at Sawai Mansingh stadium in Jaipur, and CSK were able to register a thrilling three-wicket victory over RR. Chennai needed 3 runs off the final delivery of the match, and their player Mitchell Santner finished off the game in style, smashing a six on the final delivery off Ben Stokes.

With this win, Dhoni became the first player in the history of IPL to register 100 wins in the Indian Premier League (IPL). CSK will next take on Kolkata Knight Riders on April 14 at Eden Gardens Stadium in Kolkata.