Candidate from Shillong threatens to kill himself if Citizenship Bill is implemented | Newsmobile
Friday, February 3, 2023 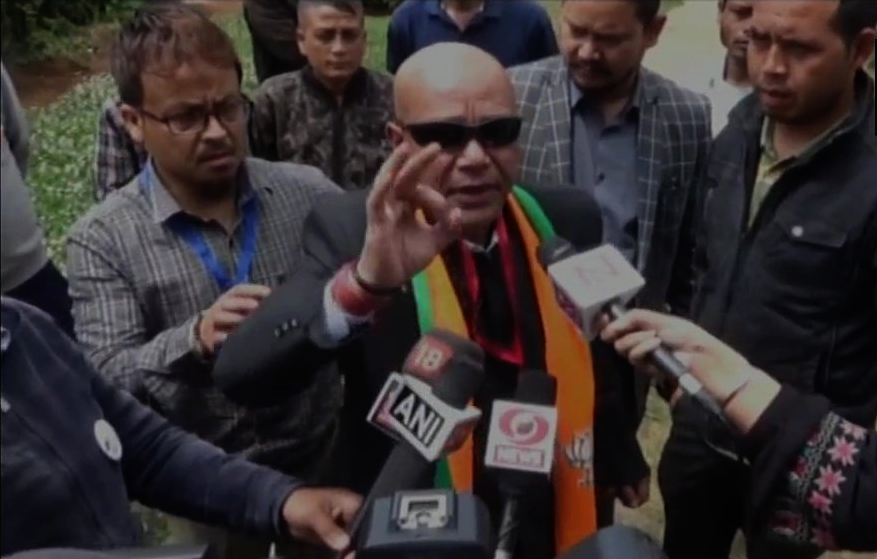 Shillong: In the midst of 2019 Lok Sabha polls, Shillong BJP candidate Sanbor Shullai on Thursday said that he will ‘commit suicide’ if his party tries to implement the Citizenship Amendment Bill.

Shullai said, “As long as I’m alive, the Citizenship Amendment Bill will not be implemented.”

He said that he will kill himself in front of Prime Minister Narendra Modi but not let the Bill get implemented in the state.

“I will kill myself in front of Narendra Modi but I will not let it get implemented,” Shullai said.

The Bharatiya Janata Party (BJP) in its manifesto has vowed to implement the Bill if it comes back to power at the Centre.

The controversial Bill, which was passed in the Lok Sabha on January 8, seeks to provide citizenship to minorities including Hindus, Sikhs, Jains and Parsis from Bangladesh, Pakistan, and Afghanistan who came to India before December 31, 2014.

Attempts by the Central government to pass it through the Rajya Sabha were stalled by the Opposition.

Under the proposed amendments in the Bill, the minimum residency period for citizenship was being reduced from the existing 12 years under the present law to 7 years.

However, citizenship was supposed to be given to them only after due scrutiny and on the recommendation of district authorities and the state government.

Several organisations had staged massive protests over the Bill, asserting that the legislation will create law and order problems in the North East.