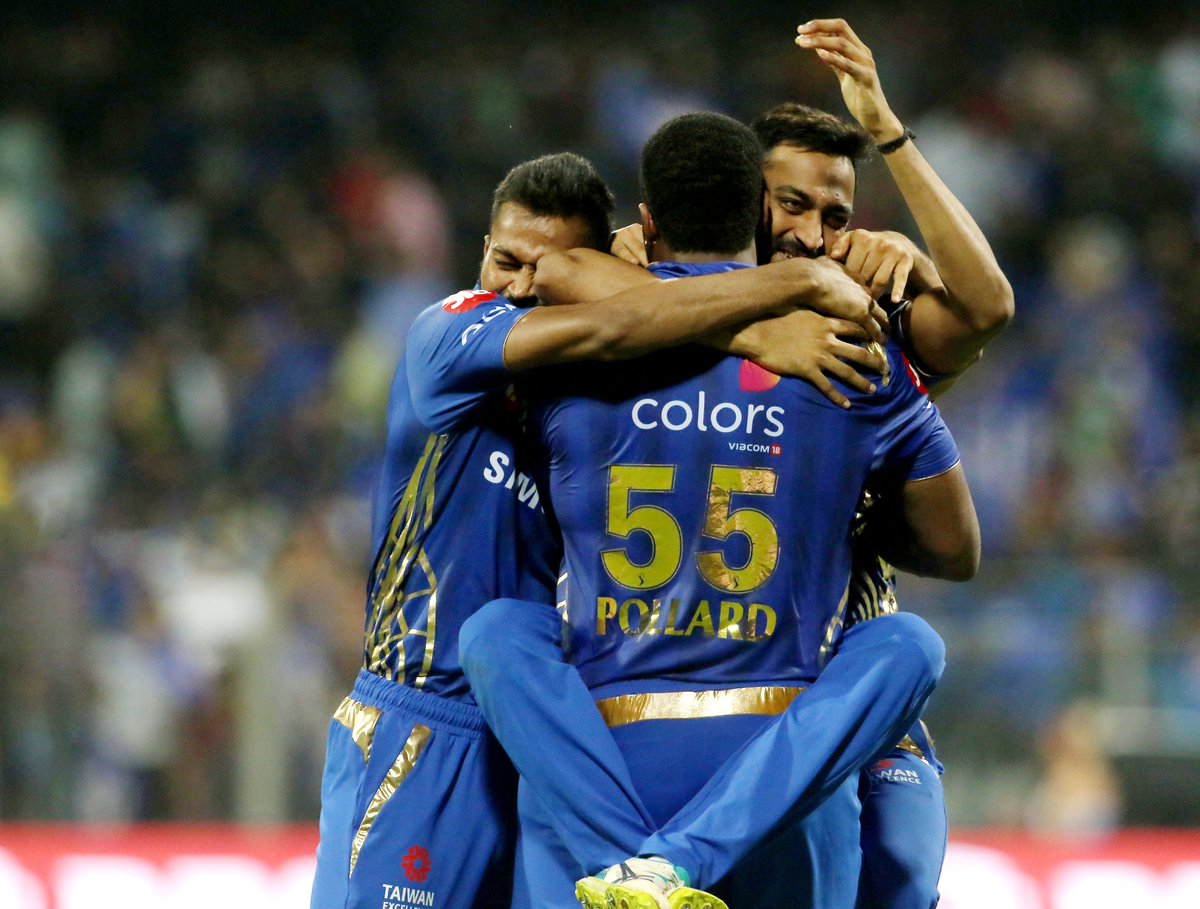 Chasing 198, MI were 65 for 3 off 10 overs but Pollard’s fireworks stunned KXIP who were the more dominant team for the first 30 overs of the match.

Pollard’s knock was studded with 3 fours and 10 sixes. Thanks to his blitz, Mumbai Indians scored 133 runs off the final 10 overs of the innings to record a memorable win.

KL Rahul was unbeaten on 100 off 64 balls while Chris Gayle blasted 63 off 36 balls as Kings XI Punjab posted 197 for 4 off their 20 overs. The pair added 116 for the opening wicket and lost their way in the middle when Davud Miller, Karun Nair and Sam Curran fell in quick succession.

Faced with a steep chase in the absence of Rohit Sharma, Mumbai Indians got off to a poor start.

Mumbai Indians needed a special effort from Kieron Pollard to stay in the hunt for 198. And that is precisely what he did. He stunned KXIP with a flurry of sixes as R Ashwin conceded 30 runs off his final 2 overs after bowling the first 2 for only 7.

KL Rahul and Chris Gayle, both in good form, got off to a sedate start but Gayle took off and looked set for his 7th IPL hundred when he fell to Jason Behrendorff for 63. This was his second fifty of the 2019 IPL.

After Gayle’s dismissal, KXIP lost 3 more wickets for 20 runs. It looked like Mumbai Indians had pulled things back a little before KL Rahul exploded in the penultimate over of the innings.

He smashed Hardik Pandya for a 6, 4, 6 and 6 to move into the 90s before bringing up his maiden IPL hundred off 63 balls in the 20th over bowled by Jasprit Bumrah.

Chairman Of Shapoorji Pallonji Group, Pallonji Mistry Passes Away At 93