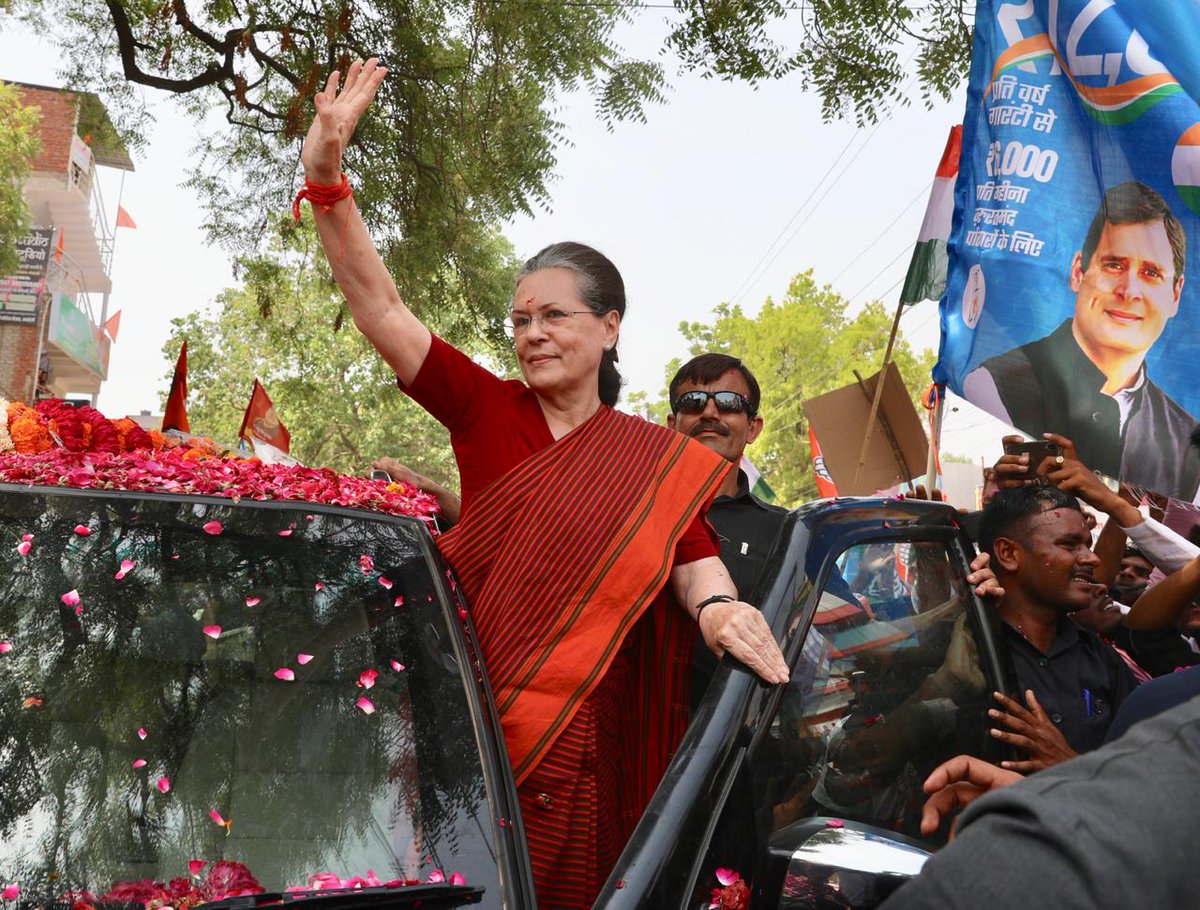 On the first day of the Lok Sabha elections, UPA chairperson Sonia Gandhi sounded off a warning to Prime Minister Narendra Modi, as she referred to the poll results of 2004 when the UPA came to power.

When asked whether she thought PM Modi is invincible, she said, “Not at all. Don’t forget 2004. Vajpayee Ji was invincible, but we won.”

UPA Chairperson Sonia Gandhi on if she thinks PM Narendra Modi is invincible: Not at all. Don’t forget 2004. Vajpayee Ji was invincible, but we won pic.twitter.com/0teDBtQ24G

The UPA chairperson filed her nomination from Rae Bareli on Thursday. Before filing her nomination, Sonia Gandhi performed a ‘havan’ along with Rahul Gandhi and Priyanka Gandhi, followed by a roadshow in her bastion.

Sonia Gandhi is trying to retain the seat for the fifth time. And she will be contesting against Dinesh Pratap Singh, who had recently joined the BJP after leaving the Congress.

The two local satraps – Samajwadi Party and the Bahujan Samaj Party – have not fielded any candidate in this Congress bastion.

Rae Bareli will go to poll in the fifth phase on 6 May. Results will be announced on May 23.