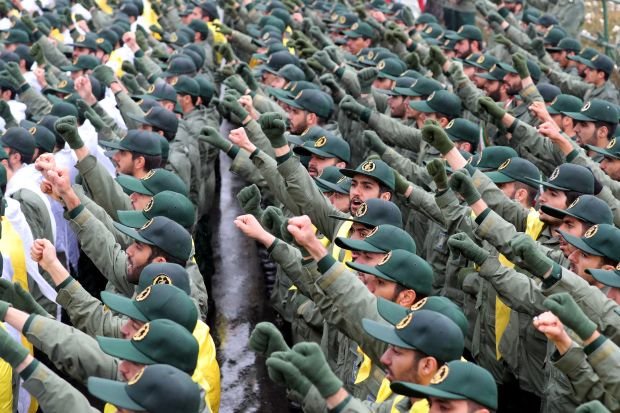 The United States is expected to label the Iranian Islamic Revolutionary Guard Corps (IRGC) as a foreign terrorist organisation by next week, a government official said.

CNN reported that the decision is a part of the White House’s increasingly aggressive strategy towards Iran.

The decision that was formally under the State Department’s purview earlier marks the first time when Washington has designated any foreign country’s military as terrorists.

Meanwhile, neither the White House National Security Council nor the State Department made any comments in this matter.

US Defense officials further told CNN that US troops in Syria and Iraq often operate in close collaboration with the members of the IRGC.

Last year, Director of National Intelligence Dan Coats had warned Washington that such a decision could pose dangers to the US forces.

“Under the cover of the Syrian war, the IRGC is now trying to plant military roots in Syria and establish a new strategic base to threaten Syria’s neighbours such as Israel,” Brian Hook, the State Department’s special representative for Iran, told the media on Tuesday.

“In Iraq, I can announce today, based on declassified US military reports, that Iran is responsible for the deaths of at least 608 American service members. This accounts for 17 per cent of all deaths of US personnel in Iraq from 2003 to 2011. This death toll is in addition to the many thousands of Iraqis killed by the IRGC’s proxies,” Hook was quoted as saying.